“New York City must be seen as a shining example for other progressive cities to follow.” 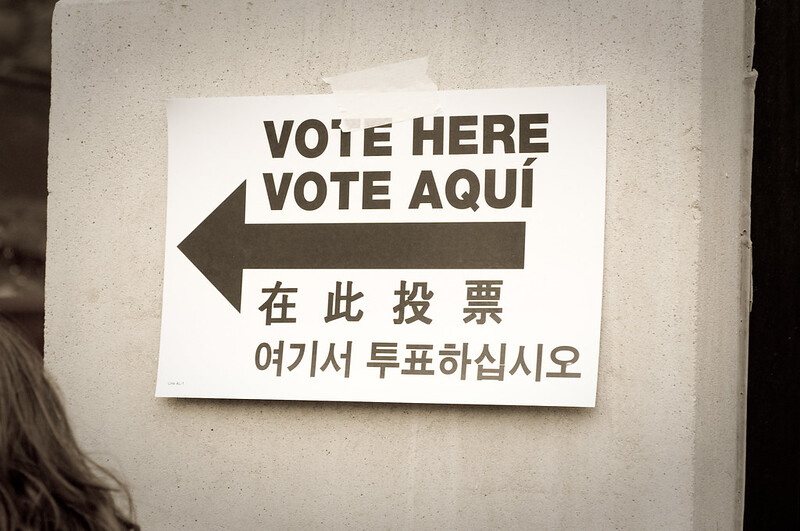 The New York City Council had voted 33-14—with two abstentions—for the measure to allow noncitizens who have resided in the city for at least 30 days to vote for mayor, council members, and other municipal offices beginning next year.

“The New York City Council is making history,” declared Ydanis Rodríguez, the former council member who sponsored the bill, last month. “New York City must be seen as a shining example for other progressive cities to follow.”

Rodríguez—an immigrant and naturalized citizen from the Dominican Republic who is now the city’s Department of Transportation commissioner—added Sunday that “we build a stronger democracy when we include the voices of immigrants.”

I am so excited to vote in local elections after living in NYC for more than 20 years! https://t.co/fdGHQweGkX

While some Republicans are threatening lawsuits, citing the state constitution, the city’s Board of Elections (BOE) must now craft an implementation plan by July, which the Associated Press reported will include “voter registration rules and provisions that would create separate ballots for municipal races to prevent noncitizens from casting ballots in federal and state contests.”

“It’s a watershed moment for the nation’s most populous city, where legally documented, voting-age noncitizens comprise nearly one in nine of the city’s seven million voting-age inhabitants,” the AP noted while acknowledging that at least 11 towns in Maryland and two in Vermont had previously taken similar action.

Adams announced his decision in a statement Saturday, saying that “I believe that New Yorkers should have a say in their government, which is why I have and will continue to support this important legislation.”

“While I initially had some concerns about one aspect of the bill, I had a productive dialogue with my colleagues in government that put those concerns at ease,” he added. “I believe allowing the legislation to be enacted is by far the best choice, and look forward to bringing millions more into the democratic process.”

The mayor expanded on his position during a Sunday interview with CNN‘s Jake Tapper, explaining that while he had concerns about the 30-day part, he ultimately “thought it was more important to not veto the bill or get in the way at all and allow the bill to move forward.”

Thrilled that @NYCMayor is supporting enactment of #OurCityOurVote to allow our immigrant neighbors to vote in NYC municipal elections.

In the face of efforts to restrict, corrode & undermine the right to vote … expanding it is a great NYC answer. https://t.co/Jv15ArW9r6

Nora Moran, director of policy and advocacy for United Neighborhood Houses, which has supported versions of this law for over a decade, praised Adams’ move.

“It sends both a message to immigrant communities who do a lot of work to keep New York City moving forward, that this is a mayor who supports them and champions them,” Moran told Gothamist. “His statement also signals to us a willingness to engage in dialogue around policy that just feels very refreshing.”

Other supporters offered cautious optimism about moving in the next phase of their campaign, from lobbying for the bill’s passage to encouraging its effective implementation.

“This is going to be a very long process of ensuring that this huge expansion of the franchise is done in the right way,” said Murad Awawdeh, executive director of the New York Immigration Coalition.

He said advocates will be watching closely to ensure the New York City Board of Elections sets up the new voter registration process in a timely manner so that those eligible to participate can begin voting in elections starting next year. That will require the city BOE to set up a new protocol to register and identify these noncitizen voters in their registration files, which feed into the state’s voter registration database.

“Immigrants are the backbone of this country and all persons should receive fair treatment under the law and it is critical for the U.S. to encourage such initiatives,” he said. “From our side as advocates and community organizers, we will keep pushing the envelope and extend this law to the governor, and for congressional elections.”

The development in NYC comes as progressives nationwide push for federal voting rights legislation and the state of U.S. democracy has generated concern at a global level.