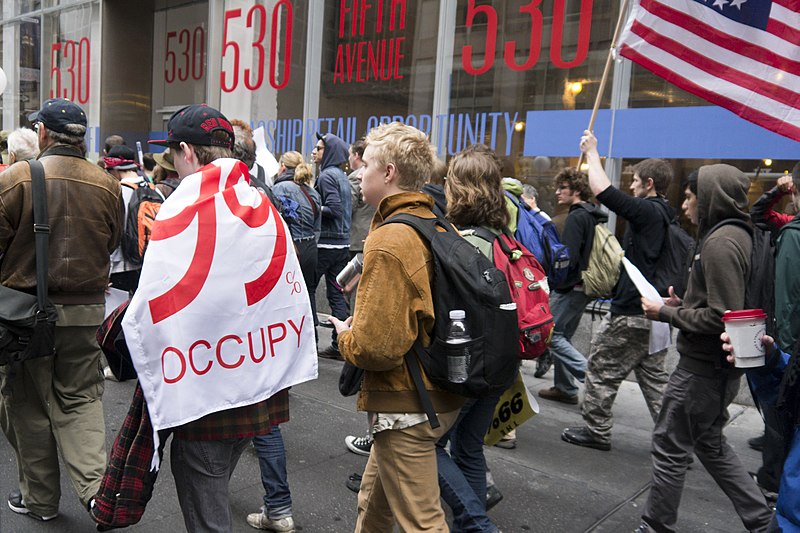 “During 2021, we witnessed the epidemic of Covid-19 and wealth-hiding, and it’s time to reverse course.”

The study was carried out by the Fight Inequality Alliance, the Institute for Policy Studies (IPS), Oxfam, and Patriotic Millionaires, advocacy groups that have long warned about and cataloged the corrosive impacts of wealth inequality—which has only gotten worse during the ongoing Covid-19 crisis.

“The insane reality is that whilst billions face a daily struggle to survive during this pandemic, billionaire wealth is spiraling out of control,” Jenny Ricks, global convenor of the Fight Inequality Alliance, said in a statement. “This cannot be right.”

Unveiled amid the corporate-dominated World Economic Forum, the analysis details how a wealth tax of 2% on global millionaires, 3% on those with fortunes above $50 million, and 5% on the world’s 2,660 billionaires would raise $2.52 trillion dollars a year. According to the groups’ calculations, a “more steeply progressive tax” of 2% on millionaires, 5% on ultra-millionaires, and 10% on billionaires would bring the revenue total up to $3.62 trillion annually.

Chuck Collins, co-author of the new report and director of the Program on Inequality and the Common Good at IPS, said Tuesday that “wealth inequality has been supercharged by the pandemic, creating an unprecedented global concentration of wealth and power.”

“Taxing the world’s wealthiest one-tenth of 1% would raise substantial revenue for public investments in health and social protection and for a greater global response to the most urgent crises of our time,” Collins added. “During 2021, we witnessed the epidemic of Covid-19 and wealth-hiding, and it’s time to reverse course.”

In the United States alone, the new report notes, there are over 1.43 million individuals with fortunes of $5 million or more and 740 billionaires with combined wealth totaling $5.1 trillion—up roughly $2 trillion since the start of the coronavirus pandemic.

Tesla and SpaceX CEO Elon Musk, whose estimated net worth currently sits at around $294.2 billion, owns more wealth than all the people in the bottom 40% of the U.S. income distribution combined, the analysis observes.

With a modest progressive wealth tax on millionaires and billionaires, the U.S. could raise around $928.39 billion a year, the new research estimates—more than enough to cover the annual price tag of the stalled Build Back Better Act, which would cost roughly $1.75 trillion over 10 years.

Revenue from the wealth tax could also “eliminate half of households’ out-of-pocket health costs,” the report finds.

Pointing to World Bank data, the Fight Inequality Alliance, IPS, Oxfam, and Patriotic Millionaires note that it “would cost on average $901 per person annually to lift up someone living below the $5.50 line; the total cost of doing this for all of the 3.297 billion people living on less than $5.50 a day would be $2.97 trillion dollars.”

That price tag would be covered—with some money to spare—by the more aggressive wealth-tax structure outlined in the new report.

“There is no defending a system that endlessly inflates the wealth of the world’s richest people while condemning billions to easily preventable poverty,” said Morris Pearl, chair of the Patriotic Millionaires. “We need deep, systemic change, and that starts with taxing rich people like me.”