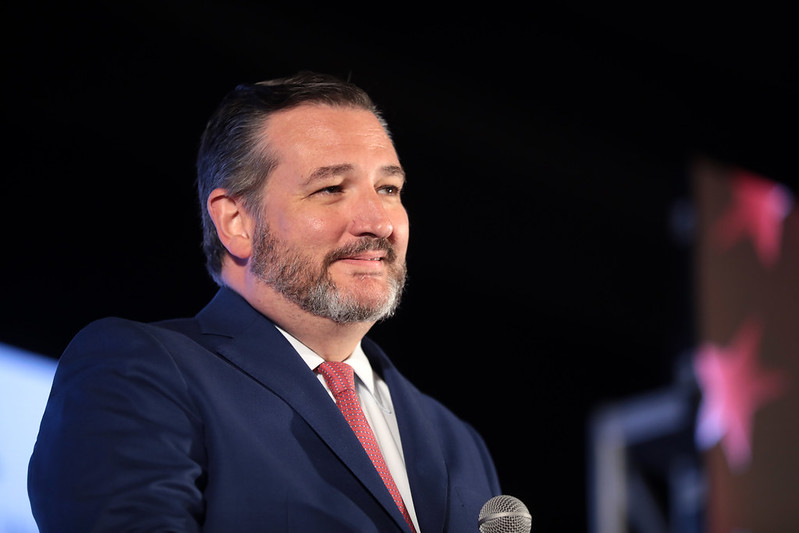 At issue in the case—Federal Election Commission (FEC) v. Ted Cruz for Senate—is the Bipartisan Campaign Reform Act of 2002, also known as the McCain-Feingold Act, and a $260,000 loan Cruz made to his Senate reelection campaign just ahead of the 2018 election.

A provision of the campaign finance law puts a $250,000 limit on how much a campaign can raise post-election to pay a candidate back.

According to legal analyst and former federal prosecutor Shan Wu, Cruz’s campaign “took this case to the Supreme Court by having Cruz intentionally lend and seek repayment of $260,000—just $10,000 over the limit—seemingly for the purposes of arguing that the limit violates the First Amendment.”

But the $250,000 limit, argue Daniel I. Weiner and John J. Martin of the Brennan Center for Justice at New York University School of Law—one of the groups that filed a brief in support of the law—”is a straightforward anti-corruption measure.”

The Supreme Court has held that candidates have the right to spend as much of their own money as they want to get elected—wealthy self-funders often tout their lack of reliance on donors as proof that they are incorruptible (an argument the court itself has echoed). But fundraising after an election to recoup personal funds turns this argument on its head: Instead of being independent from donors, a winning candidate—now an elected official—is raising money that will go directly into the official’s own pocket. The corruption risk is obvious.

Sam Horan of the Campaign Legal Center—which also filed an amicus brief in support of the law—similarly wrote Tuesday that “using post-election contributions to repay a candidate’s personal loans effectively allows private parties and special interests to send funds into a candidate’s pocket after the campaign has come to an end.”

“Any minimal burden generated by the limit,” added Horan, “is justified by the important anti-corruption purposes it serves—the same purposes that underlie restrictions on gifts to officeholders in place across all levels of government.”

The arguments in the FEC case come just ahead of the 12th anniversary of the high court’s Citizens United ruling, which opened the floodgates to unlimited political spending in elections. The 2010 decision, Public Citizen executive vice president Lisa Gilbert said last month, made “a mockery” of campaign finance laws.

Citizens United “chipped away at” the McCain-Feingold Act, as did a 2008 ruling in which the Supreme Court “struck down the so-called millionaire’s amendment that aimed to level the playing field when wealthy candidates financed their own campaigns,” as CNN noted. “That provision had relaxed contribution limits for opponents of self-funded candidates in an attempt to close the funding gap.”

Should the right-leaning court side with Cruz in his case, the impact on campaign finance could be felt broadly.

“Ultimately,” according to CLC’s Horan, “the statute challenged in Cruz is a matter of common sense: The corruption risk inherent in post-election payments effectively made to candidates themselves is obvious and acute. In crafting the limit, Congress addressed this risk without unduly burdening speech. The Supreme Court should uphold Congress’ work.”

But regardless of how the decision falls, there remains a question of “how much longer Congress will continue ceding the development of campaign finance law to the judiciary, whose preoccupations in this area tend not to be shared by the broader public,” wrote the Brennan Center’s Weiner and Martin.

The pair point to “much-needed” reforms related to campaign finance that are included in the House-passed Freedom to Vote: John R. Lewis Act—Democrats’ election bill set to come before the Senate later Wednesday.

Changes included in that law, they wrote, would counter “the court’s incremental deconstruction of federal campaign finance law, whose consequences include the proliferation of ‘dark money’ from undisclosed sources, loopholes that permit foreign spending on U.S. campaigns, and rampant spending to evade remaining candidate contribution limits.”

“By addressing these issues,” said Weiner and Martin, “Congress can respond to the real concerns Americans have about the role of money in politics and the broader health of our democracy.”