“What is happening in this country in terms of banning books in schools is unparalleled in its frequency, intensity, and success,” said the director of PEN America’s Free Expression and Education program. 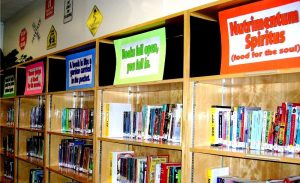 A report published Thursday by the free expression group PEN America details an “alarming” and unprecedented surge in book banning across the United States, with 86 school districts in 26 states prohibiting more than 1,100 titles in classrooms and libraries over just the past eight months.

Titled Banned in the USA, the report finds that districts representing 2,899 schools with a combined enrollment of more than 2 million students banned 1,145 unique book titles by 874 different authors, 198 illustrators, and nine translators between July 1, 2021 and March 31, 2022.

In total, the new report documents 1,586 instances of individual books being banned as a right-wing censorship campaign and broader war on public education sweeps the country, prompting pushback from libraries, students, and local residents. Some book bans have been reversed in recent months thanks to student resistance.

The top three banned titles, according to PEN America’s analysis, are “centered on LGBTQ+ individuals or touch on the topic of same-sex relationships: Gender Queer: A Memoir by Maia Kobabe banned in 30 districts, All Boys Aren’t Blue by George M. Johnson, banned in 21 districts, and Lawn Boy by Jonathan Evison, banned in 16 districts.”

“Out of Darkness by Ashley Hope Pérez, a love story between a Black teenage boy and a Mexican-American girl set in 1930s Texas, was also banned in 16 districts,” the report notes. “The Bluest Eye by the late Nobel Prize laureate Toni Morrison is the fifth most banned book, in 12 districts.”

PEN compiled a list of the books subject to bans here.

Jonathan Friedman, director of PEN America’s Free Expression and Education program and lead author of the report, said in a statement Thursday that “book challenges in American schools are nothing new, but this type of data has never been tallied and quite frankly the results are shocking.”

“Challenges to books, specifically books by non-white male authors, are happening at the highest rates we’ve ever seen,” said Friedman. “What is happening in this country in terms of banning books in schools is unparalleled in its frequency, intensity, and success.”

“Because of the tactics of censors and the politicization of books we are seeing the same books removed across state lines: books about race, gender, LGBTQ+ identities, and sex most often,” Friedman continued. “This is an orchestrated attack on books whose subjects only recently gained a foothold on school library shelves and in classrooms. We are witnessing the erasure of topics that only recently represented progress toward inclusion.”

According to PEN America, Texas—where the state legislature is dominated by Republicans—leads the country with the most documented book bans at 713. Pennsylvania ranks second with 456 bans, followed by Florida with 204.

“A probing look at the surge in book bans across the country exposes an alarming pattern of mounting restrictions targeting specific stories and ideas and the widespread abandonment of established procedures aimed to safeguard the First Amendment in public education,” said Suzanne Nossel, PEN America’s CEO.

“By short-circuiting rights-protective review processes,” Nossel added, “these bans raise serious concerns in terms of constitutionality, and represent an affront to the role of our public schools as vital training grounds for democratic citizenship that instill a commitment to freedom of speech and thought.”

The group notes that 175 educational gag order bills have been introduced in 40 U.S. states and 15 such measures have become law in 13 states.

“Parents and community members deserve a voice in shaping what is taught in our schools,” Nossel said Thursday. “But the embrace of book bans as a weapon to ward off narratives that are seen as threatening represents a troubling retreat from America’s historic commitment to the First Amendment rights of students.”