One campaigner expressed hope that the agency “will back up its words with concrete actions” to address “historic wrongs.” 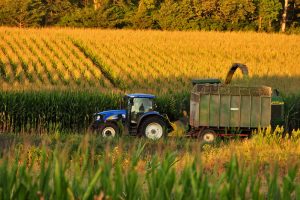 EPA Administrator Michael Regan said a new agency plan “serves as the blueprint for how EPA will create an enduring path to meet its goals of protecting endangered species and providing all people with safe, affordable food and protection from pests.” (Photo: TumblingRun/Flickr/cc)

Welcoming the Environmental Protection Agency’s “first-ever comprehensive workplan” on the topic, Center for Biological Diversity environmental health director Lori Ann Burd said in a statement that “I’m encouraged that the EPA has finally acknowledged the massive problem it created by refusing, for decades, to consider the impacts of chemical poisons on our most vulnerable plants and animals.”

“The agency’s refusal to consider how pesticides affect endangered species has pushed countless species closer to extinction,” Burd continued. “I’m hopeful the EPA will back up its words with concrete actions to fix these historic wrongs and move quickly to implement real, on-the-ground protections to stop species from going extinct and finally protect our incredible wildlife and plants from pesticides.”

“First-ever” plan by @EPA to deal with “decades-old challenge of protecting endangered species from pesticides.” Hope they’re including people in those needing protection.
https://t.co/UTNmQzk5Yv

EPA Administrator Michael Regan said in a statement Tuesday that the plan “serves as the blueprint for how EPA will create an enduring path to meet its goals of protecting endangered species and providing all people with safe, affordable food and protection from pests.”

“The workplan reflects EPA’s collaboration with other federal agencies and commitment to listening to stakeholders about how they can work with the agency to solve this long-standing challenge,” he added.

Top officials at the Department of Agriculture, Fish and Wildlife Service, National Oceanic and Atmospheric Administration, and White House Council on Environmental Quality echoed the administrator’s enthusiasm for collaborating on the issue

“The U.S. Fish and Wildlife Service is eager to help EPA achieve its vision to protect federally listed threatened and endangered species while fulfilling its obligations related to authorizing the safe use of pesticides,” said Martha Williams, @USFWS Director. https://t.co/nB8gyxy9eG

The EPA statement acknowledged the agency “has an opportunity and an obligation to improve how it meets its duties under the Endangered Species Act (ESA) when it registers pesticides under the Federal Insecticide, Fungicide, and Rodenticide Act (FIFRA),” noting that “for most of EPA’s history, the agency has met these duties for less than 5% of its FIFRA decisions.”

“This has resulted in over 20 ESA lawsuits against the agency, which have increased in frequency in recent years, creating uncertainty for farmers and other pesticide users, unnecessary expenses and inefficiencies for EPA, and delays in how EPA protects endangered species,” the agency added. “EPA currently has over 50 pesticide ingredients, covering over 1,000 pesticide products, with court-enforceable deadlines to comply with the ESA or in pending litigation alleging ESA violations.”

“Completing this work will take EPA past 2040, yet the work represents less than 5% of all the FIFRA decisions in the next decade for which ESA obligations exist,” the statement explained. “This is an unsustainable and legally tenuous situation, in which EPA’s schedule for meeting its ESA obligations has historically been determined through the courts. The workplan must provide a path for the agency to meet those obligations on its own, thus protecting endangered species while supporting responsible pesticide use.”

One campaigner who spoke with E&E News highlighted that the blueprint follows various legal challenges:

Kyla Bennett, who directs science policy for the group Public Employees for Environmental Responsibility, said she appreciated EPA’s honesty around not having the resources to meet its demands in a reasonable time frame. But she pointed to a number of concerns, namely the workplan’s emphasis on pesticide users.

“This document is unduly concerned with flexibility for pesticide users, without giving any consideration to people adversely affected by pesticides,” Bennett said.

Ultimately, she said the document was an acknowledgment of EPA’s failures on pesticides policy while failing to take responsibility for the issue.

“They are doing this because they were sued,” Bennett said. “They are claiming they are unable to do their job because they keep getting sued. But if they did their job correctly, they wouldn’t be sued.”

Ya-Wei “Jake” Li, deputy assistant administrator for pesticides programs in EPA’s chemicals office, told the outlet that he is aware of concerns raised by advocacy groups and that the plan will be a “living document.”

This work is licensed under Creative Commons (CC BY-NC-ND 3.0}