“It is foolish to think that announcing new curbs in the Queen’s Speech will stop people taking to the streets to demand their government act to ensure a safe future.” 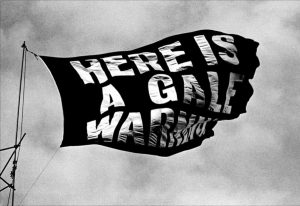 The climate movement Extinction Rebellion on Wednesday revealed plans to bring millions of people into the United Kingdom’s streets on September 10 in response to the government’s latest efforts to enact new limits on protest.

In the Queen’s Speech—which outlines the government’s priorities at the ceremony to open a new session of Parliament—Prince Charles on Tuesday announced the Public Order Bill containing anti-protest measures that the House of Lords last year rejected as “draconian and anti-democratic.”

Charlie Waterhouse of Extinction Rebellion (XR) said in a statement that “it is foolish to think that announcing new curbs in the Queen’s Speech will stop people taking to the streets to demand their government act to ensure a safe future for people in the U.K. and around the world.”

“As we in Extinction Rebellion know full well: what we do works,” he continued. “It’s worked countless times before. It has worked to give us weekends and the vote, human rights, and freedom. And it will work again. Faced with a government incapable of anything other than a desperate attempt to shore up its own power and cover up its criminality it is the only thing we can do. To be a bystander is not enough.”

The people will respond with acts of care by standing in resistance.

Join us in September. 👇https://t.co/ZdHZWIBPK0

Waterhouse noted that “w​hen juries are asked to sit in judgment of their peers, they are acquitting. The government’s increasing reliance on private injunctions shows that they know they cannot rely on the courts, because the courts agree with us.”

“So Boris Johnson and Priti Patel, we thank you,” he added, taking aim at the U.K.’s Tory prime minister and home secretary. “Our organizations were set up to break the law to drive positive change. Your actions show that we are winning.”

Plans to take to the streets in opposition to the looming anti-protest measures—which clearly target not only Extinction Rebellion but also Insulate Britain and Just Stop Oil (JSO)—follow a wave of climate actions in the U.K. and around the world last month.

The actions in April included XR members blocking multiple London bridges, scientists gluing climate research and their own hands to the windows of a U.K. government building, and Just Stop Oil campaigners shutting down terminals across the United Kingdom.

XR’s Wednesday statement highlighted YouGov polling from April which showed that 58% of U.K. adults support the demands of Just Stop Oil, with just 23% opposed and 19% neutral, and in a three-week period, the number of respondents who said they are likely to engage in some form of climate action over the next year jumped from 8.7% to 11.3%—an increase of approximately 1.7 million people.

‘Far be it for us to read our own room, but it would seem that the appetite for getting arrested is only going up.’@ExtinctionR‘s Charlie Waterhouse in @ipaperviews on how the Public Order Bill won’t stop XR, @InsulateLove or @JustStop_Oil protestershttps://t.co/gMnlS1lofo

The Guardian reported Tuesday that the anti-protest measures include:

New criminal offenses of locking on, and going equipped to lock on to others, objects, or buildings—carrying a maximum penalty of six months’ imprisonment and an unlimited fine;
The creation of a new criminal offense of interfering with key national infrastructure, such as airports, railways, and printing presses—carrying a maximum sentence of 12 months in prison and an unlimited fine; and
Measures to make it illegal to obstruct major transport works, including disrupting the construction or maintenance of projects like HS2—punishable by up to six months in prison and an unlimited fine.
“The bill is expected to extend stop and search powers so the police can seize articles related to these new offenses,” the newspaper noted. “New preventive ‘serious disruption prevention orders’ will also be available for repeat offenders.”

XR wasn’t alone in responding with alarm to the anti-protest measures and other priorities addressed in the speech, including repealing the Human Rights Act and replacing it with a narrower Bill of Rights.

“These authoritarian provisions, recently removed by the Lords from the policing bill, are similar to repressive policies in countries the U.K. regularly criticizes—including Russia, Hong Kong, and Belarus,” Deshmukh added. “It follows a pattern of a government voicing support for protest around the world but cracking down on the right to speak up here at home.”

I wonder if it’s ever occurred to Boris Johnson to introduce laws to target the #ClimateEmergency rather than laws to target peaceful protesters https://t.co/pgN0LZkGpI

Sam Grant, head of policy and campaigns at the human rights group Liberty, said Tuesday that “these rehashed measures to crack down on protest in today’s Queen’s speech are yet another power grab from a government determined to shut down accountability.”

“Protest is a right, not a gift from the state—and measures like these are designed to stop ordinary people making their voices heard,” the campaigner continued. “Parliamentarians and the general public rejected these dangerous measures when they were first rushed through in the policing bill, but the government has refused to listen.

“From restrictions on protest to scrapping the Human Rights Act,” Grant warned, “this is all part of the government’s continued attempts to rewrite the rules so only they can win, and prevent ordinary people from having their say.”