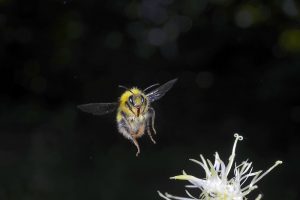 “With one out of every three bites of food we eat coming from a crop pollinated by bees, this court decision is critical to protecting our food supply,” said Rebecca Spector, West Coast director at the advocacy group Center for Food Safety, a party to the case.

“The decision clarifies that insects such as bees qualify for protections under CESA, which are necessary to ensure that populations of endangered species can survive and thrive,” she added, referring to the California Endangered Species Act.

Our week is off to a GREAT start w/ this big victory for California’s imperiled #bumblebees—our coalition efforts w/ @xercessociety @Defenders and @StanfordLaw have resulted in the first-ever listing of insects under the CA #EndangeredSpeciesAct! #savebees https://t.co/R9Y1G4yUYt

In Almond Alliance of California v. Fish and Game Commission, the California Third District Court of Appeal overturned a lower court’s ruling and affirmed that the state wildlife regulatory agency has the authority to classify invertebrates—both aquatic and terrestrial—as endangered species.

“The issue presented here is whether the bumblebee, a terrestrial invertebrate, falls within the definition of fish, as that term is used in the definitions of endangered species,” the ruling explained. “More specifically, we must determine whether the commission exceeded its statutorily delegated authority when it designated four bumblebee species as candidate species under consideration for listing as endangered species.”

The court agreed with the commission that the agency may “designate any invertebrate” as a candidate for CESA listing. Under state law, a “fish” is defined as a “wild fish, mollusk, crustacean, invertebrate, [or] amphibian,” a broad definition designed to allow better regulation of the harvesting of species such as starfish, sea urchins, sponges, and worms.

The decision affirms the role of the Fish and Game Commission (i.e. the State of California) in protecting imperiled insects. The western bumble bee, Franklin’s bumble bee, Crotch’s bumble bee, and the Suckley cuckoo bumble bee are the *first insect species* to gain protections.

In 2018, Center for Food Safety, Defenders of Wildlife, and Xerces Society petitioned the Fish and Game Commission to list four species—the Western bumblebee, Franklin’s bumblebee, Crotch’s bumblebee, and the Suckley cuckoo bumblebee—as endangered under CESA. The agency subsequently voted to begin the listing process, but was sued by California agricultural groups including the Almond Alliance of California, California Citrus Mutual, Western Growers Association, California Association of Pest Control Advisers, and others.

The four bumblebee species are the first insects to gain CESA protection. Like many pollinators—including other insect species as well as birds, bats, and additional small mammals—bees in California and around the world have suffered dramatic population declines in recent decades due to habitat destruction, pesticide use, pathogens and parasites, and climate change.

“This is an important decision that makes clear that all invertebrates can be protected under the species-saving protections of CESA,” Center for Food Safety staff attorney Jenny Loda said in a statement. “And it affirms the role of the Fish and Game Commission in protecting imperiled insects like the four bumblebees at issue in this case.”