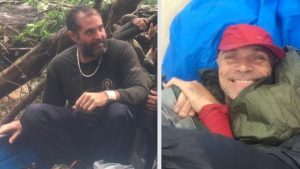 While leaving Indigenous territory on one of our recent reporting trips, we were stopped at gunpoint by military police. Officers searched our bags and personal belongings while firing questions at us.

Only after they realised we were international reporters did they let us go with a warning: “If I were you, I’d be careful wandering around over here, these are dangerous places, especially for journalists like you.”

On Wednesday, Brazilian police said a suspect had confessed to burying the bodies of British journalist Dom Phillips and Indigenous expert Bruno Pereira, 10 days after their disappearance in the Amazon.

Detective Eduardo Fontes told a news conference that police would now work on identifying the bodies before making a formal confirmation.

Hopes Phillips and Pereira would be found alive began to fade earlier this week after police confirmed they had found personal items belonging to both men. The pair reportedly received threats before they vanished on the morning of 5 June.

Both men are hugely experienced in their field with Phillips having written for a number of publications including The Guardian. Two men have been arrested by Brazilian authorities in connection with their disappearance.

Phillips and Pereira reportedly went missing in the Javari Valley, where the combination of illegal activities by miners, loggers and drug traffickers descending from Peru is compounded by illegal fishing for pirarucu, a prized Amazonian fish that comes to the surface every 10-20 minutes to breathe oxygen and can weigh up to 200 kg.

The pirarucu has been part of the diet of Indigenous people since ancient times, but growing demand in cities has seen traffickers target the fish for profit. This has led to overfishing, with authorities fearing the fish may become extinct. It is believed that this is the story Phillips and Pereira were reporting on when they disappeared.

Beyond pirarucu fishing, coca trafficking, whose cultivation in neighbouring Peru has been increasing in recent years and has contributed significantly to the deforestation of the Amazon rainforest, has also increased in Brazil. So, too, has gun violence, with drug cartels inflicting violence upon Indigenous communities.

The high density of the jungle provides excellent cover for these activities, and the very limited presence of the authorities opens the space to any criminality. In many parts of the region, the police and the army either lack the means or turn a blind eye to criminal activities. Hundreds of indigenous guards have organised themselves in the various territories, but the size of the Amazon is beyond the reach of these small groups.

Across the border in Colombia, 65 environmental defenders were killed in 2020. Journalists covering the country’s Amazon region often feel threatened and are sometimes forced out of publishing their stories under duress.

Impunity in the region has deep roots, but has worsened in recent years. This was illustrated by the Brazilian government’s slow and laboured reaction to the pair’s disappearance, a reaction common amongst governments in the region.

When news of the disappearance broke, the Brazilian authorities looked the other way. It took more than 24 hours for an official statement to be made, through the Brazilian army. The military published a note claiming it could send a mission to search for the missing people, but that it would not do so until it received an order “from above”.

The next day, Brazilian president Jair Bolsonaro described the expedition as an “ill-advised adventure”, implying that Phillips and Pereira were responsible for what happened, that they should not have been there in the first place, and that they were irresponsibly reckless.

The National Indian Foundation (FUNAI), the governmental authority responsible for the management of Indigenous lands, which is Pereira’s former employer, also blamed the pair, arguing they had not obtained the necessary authorisation to enter the Indigenous territory.

At a breakfast with journalists in June 2019, Phillips himself asked Bolsonaro about the preservation of the rainforest and how his government intended to demonstrate that it was serious about preserving the Amazon. Bolsonaro was dismissive in his response, saying: “the first thing you have to understand is that the Amazon belongs to Brazil, not to you”, somehow giving carte blanche to extractive activities, legal or illegal, in the name of sovereignty.

What happened to Phillips and Pereira highlights once again the dangers faced by journalists who cover the ongoing crisis in the Amazon. We must be careful but we cannot afford to stop telling this story. It is a battle we can simply not afford to lose.