“This is not just about boycotts,” said one critic. “This is opening the door to strip away First Amendment rights of all Americans.” 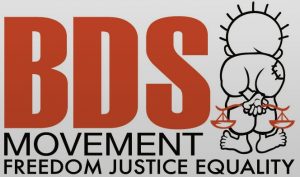 A federal court ruling allowing Arkansas to penalize government contractors that support boycotts of the Israeli government was decried as “dangerous” and a threat to First Amendment rights on Wednesday, as civil liberties defenders vowed to appeal the decision to the U.S. Supreme Court.

The 8th Circuit Court of Appeals ruled that an Arkansas law does not violate Americans’ constitutional rights by requiring state contractors with contracts of $1,000 or more to reduce their fees by 20% if they refuse to sign a pledge saying they won’t support the Boycott, Divest, and Sanction movement (BDS).

The law was previously found to be unconstitutional by a panel of three judges who sit on the court, but Judge Jonathan Kobes wrote in the majority opinion that “economic decisions that discriminate against Israel… are not inherently expressive and do not implicate the First Amendment.”

The BDS movement aims to end international support for Israel’s oppressive policies targeting Palestinians and pressure the country to comply with international law, which prohibits its occupation of Palestine.

Palestinian civil society organizations have led the call for supporters of human rights to boycott Israeli companies and businesses in order to pressure the government to end its oppression.

The Arkansas Times, a progressive magazine, sued the state over the law in 2018, saying it was unconstitutional. The Little Rock-based outlet refused to sign the state’s pledge as it sought an advertising contract from a public university.

The Times is being represented by the ACLU, where senior staff attorney Brian Hauss on Thursday expressed hope that when the group files an appeal, “the Supreme Court will set things right and reaffirm the nation’s historic commitment to providing robust protection to political boycotts.”

While the case centers around The Times‘ pursuit of a government contract, said filmmaker Julia Bacha, the ruling has “huge implications for free speech in America.”

Breaking news: The Eighth Circuit Court of Appeals ruled today that boycotts are not protected by the First Amendment. @ACLU has confirmed it’ll take the case to the Supreme Court, with huge implications for free speech in America.🧵

Alan Leveritt, publisher of The Times, wrote in a New York Times op-ed last year that “states are trading their citizens’ First Amendment rights for what looks like unconditional support for a foreign government.”

Leveritt agreed Thursday that the high court should review the ruling, saying that the decision “that politically-motivated consumer boycotts are not protected by the First Amendment misreads Supreme Court precedent and departs from this nation’s longstanding traditions.”

“It ignores the fact that this country was founded on a boycott of British goods and that boycotts have been a fundamental part of American political discourse ever since,” said Leveritt.

Arkansas officials’ goal of banning businesses and individuals from working with the state is “a ridiculous government overreach that has nothing to do with Arkansas,” the publisher added, noting that the ruling could damage The Times financially. “In our particular case it requires The Arkansas Times to take a political position in return for advertising. We don’t do that… The good news is that we have received tremendous support from our readers to the point that we now have over 3,000 paid online subscribers, which has done much to cushion the financial impact of this law.”

“By ruling against The Arkansas Times, the Eight Circuit has broken with nearly every other court that has reviewed and struck down these unconstitutional, un-American anti-boycott laws,” said Edward Ahmed Mitchell, national deputy director of CAIR. “We hope The Arkansas Times fights this ruling, which endangers the free speech rights of every American.”

“One could imagine a company posting anti-Israel signs, donating to causes that promote a boycott of Israel, encouraging others to boycott Israel, or even publicly criticizing the act with the intent to ‘limit commercial relations with Israel’ as a general matter,” she added. “And any of that conduct would arguably fall within the prohibition.”

“This will flip the First Amendment on its head. It’s shocking to see we’re living in a time where our courts are deteriorating our rights and abilities to express ourselves,” he said. “This is not just about boycotts. This is opening the door to strip away First Amendment rights of all Americans.”