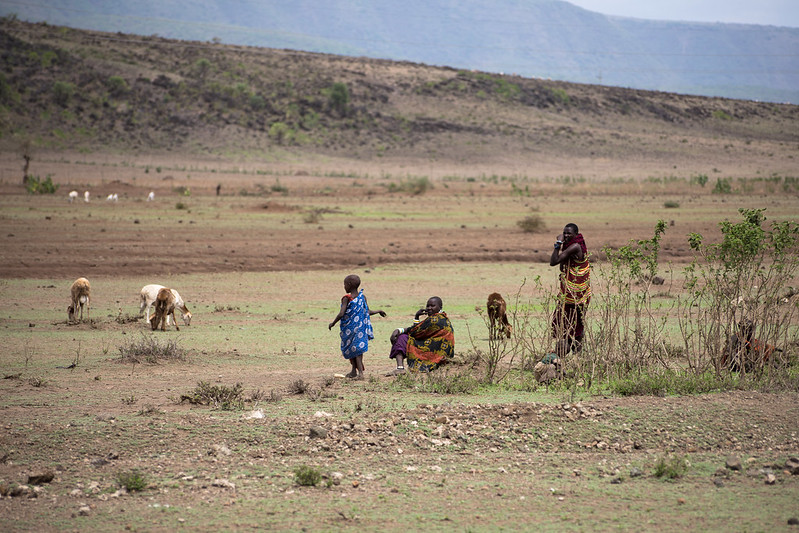 Lemoloo Jr*, a Maasai activist in northern Tanzania, says he is running out of hope.

In the last month, 33 people in his community have been arrested, and 25 are now facing murder charges over the death of a police officer on 10 June.

Since the start of June, Maasai people have been protesting against government security forces sent to remove them from Loliondo in Ngorongoro district, northern Tanzania. The ancestral home and grazing lands of the Maasai, a nomadic pastoralist people, start in Kenya and stretch into this area, but the government wants to extend the nearby Ngorongoro Conservation Area and turn 1,500 square kilometres of the land into a game reserve.

The clashes have often turned violent. One police officer and one member of the public have died, and more than 30 Maasai have been injured.

The injured had to leave Tanzania, said Lemoloo Jr. They crossed into Kenya for medical treatment, to avoid paperwork at Tanzanian hospitals that is routinely inspected by the police.

The 25 Maasai facing murder charges may have trouble defending themselves because the security forces confiscated mobile phones from anyone who documented the violence, says Joseph Moses Oleshangay, a Ngorongoro-based human rights defender.

Those arrested include “elected councillors of different wards in Loliondo division and the chairman of CCM Party [Tanzania’s ruling party] for Ngorongoro district”, says Lemoolo Jr.

Most of those officially arrested are being held in Kisongo prison, but Lemoloo Jr claims 19 other community members have been taken by the police to unknown locations – and remain missing.

“If the government continues to use force, we won’t be able to save our homeland,” Lemoloo Jr told openDemocracy. ”Unless the government is pressured from outside, it won’t come to the negotiating table with the Indigenous people of Maasai.”

A picturesque area, Loliondo straddles the East African Rift Valley at Tanzania’s border with Kenya. It borders Serengeti National Park, the world-famous safari destination, and the wider Ngorongoro Conservation Area (a UNESCO World Heritage Site), and is a key part of the country’s tourism offer.

Tension over Loliondo has been brewing since 1992, when the Tanzanian government gave exclusive hunting rights in the Loliondo Game Controlled Area, covering 4,000 square kilometres, to a company from the United Arab Emirates. The Otterlo Business Corporation (OBC) allegedly has links to Dubai’s ruling family.

Maasai pastoralists objected to the move, saying it limited their own rights and livelihoods in their ancestral homelands.

The concession was meant to last 99 years, but was terminated in 2017 over allegations of corruption. A minister accused OBC of trying to bribe him and his predecessors.

There have been three attempts to evict the Maasai from the land in question: in 2009, 2013 and 2017. The 2009 eviction affected more than 20,000 pastoralists; at least 200 Maasai homes were completely destroyed, a police officer allegedly raped a woman, and more than 50,000 cattle owned by the Maasai were left without grazing land or water.

Against this history, some still blame the government’s agreement with OBC for the ongoing evictions (which affect 1,500 square kilometres of the original 4,000), but UNESCO, the UN’s conservation agency, also stands accused.

Early this year, independent US think tank Oakland Institute said that “the government’s resettlement plan – created with heavy influence from the UNESCO World Heritage Committee (WHC) – threatens the survival of the Maasai” living in the area by restricting their livelihoods.

Successive UNESCO reports on the Ngorongoro Conservation Area have listed “livestock farming/grazing of domesticated animals” among “threats” to the site, but the UN body said in March that it has “never at any time asked for the displacement of the Maasai people”.

openDemocracy contacted UNESCO’s office in Dar es Salam and was told it was not in a position to comment on the Loliondo project.

According to World Bank figures, tourism was Tanzania’s largest foreign exchange earner in 2019, its second-largest contributor to GDP and the third-largest employer.

Maurus Msuha, director of the tourism ministry’s wildlife department, told openDemocracy that the conservation area is “highly threatened by human activities, which have been increasing since its establishment in 1959.” He said that the population of the NCA had grown from 8,000 in 1959 to about 110,000 in 2022, while livestock numbers have soared from 261,889 to more than a million in the same period.

Oleshangay says that “satellite images show that the [Maasai] pastoralists occupy only 5% of the whole region” and argues that they are not a threat to wildlife conservation.

The current evictions “impact a larger number of people” than in the past, according to Oleshangay, while Amnesty International estimates that 70,000 members of the community are under threat.

Local activists told openDemocracy that 2,291 Maasai have already fled the region to Kenya, a displacement that many hope is temporary. “Those who left aren’t taking any of their belongings. They hope they’ll be returning. Men stayed behind to look after the land and the livestock,” said Emmanuel Mlima*, a member of the local Maasai community.

The Tanzanian state appears determined to prevent their return, arguing that resettlement of Indigenous families is essential to preserve a region protected by the 2009 Wildlife Conservation Act from the harmful impact of a growing population and associated activity. The government has characterised those who resist as an “influx of illegal immigrants” from Kenya.

Christopher Timbuka, chief conservator of the Ngorongoro Conservation Area, told a government-run news outlet that 48 Maasai families, including at least 233 people and 899 cattle, had voluntarily resettled in Tanga, in north-eastern Tanzania, some 600km away.

Tanzanian ministers have also told foreign diplomats and international organisations that the Maasai pastoralists leaving Loliondo are doing so willingly to new homes they’ve been given in Tanga.

It’s another official claim that Maasai activists refute. “People were shot at and brutally harassed. Everybody is being arrested. Leaders are getting locked in and charged; others are being sought. Is this a situation in which people can stay?” said Mlima.

The fight seems far from over. In a letter signed by hundreds of community members, the Maasai plead for international help, declaring: “This is not the first time that we are fighting to secure our rights and protect the lives of our people – we need a permanent solution and we need it now. We will not leave; not now, not ever!”

This article was published in collaboration with Egab. The authors are known to both openDemocracy and Egab, but asked not to be named because of security concerns.

* Names have been changed to protect those who fear government reprisals.