“Does a CEO need an extra zero at the end of their salary—or should nurses, posties, and teachers be able to heat their homes?” said one supporter ahead of the #EnoughIsEnough National Day of Action. 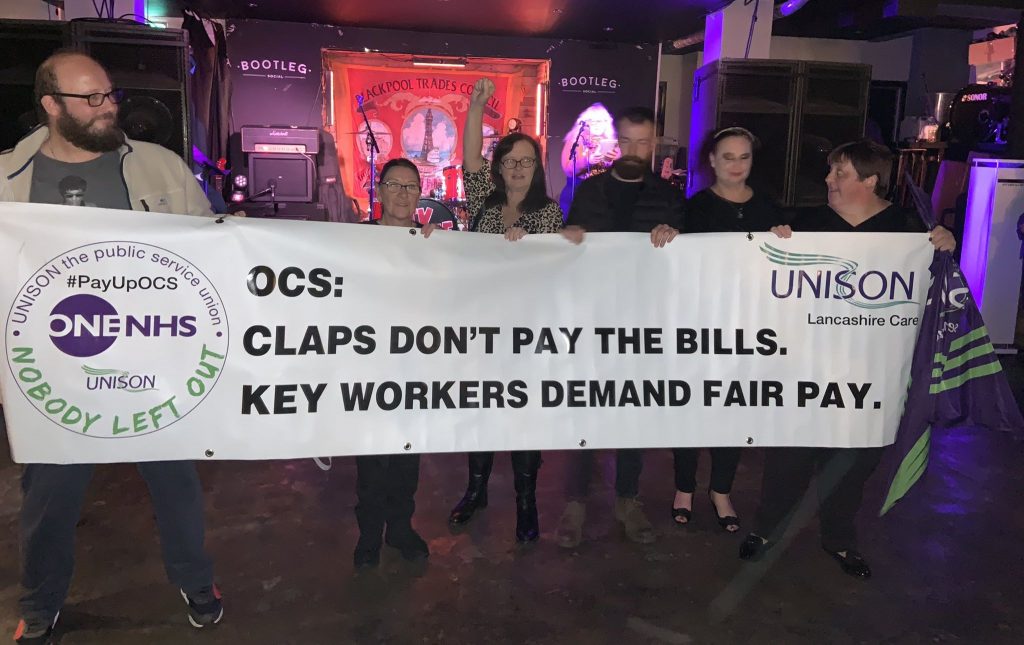 Weeks of economic justice rallies organized by the Enough Is Enough campaign across the United Kingdom over the past six weeks have been building to a National Day of Action, set to take place Saturday in more than four dozen cities and towns as hundreds of thousands of people protest the country’s cost-of-living crisis.

The campaign, whose roots lie in the trade union and tenants’ rights movements, has outlined five specific demands of the U.K. government as renters have seen their average monthly housing costs skyrocket by 11% on average since last year and household energy bills approaching $4,000 (£3,582) per year.

At rallies this weekend in London, Liverpool, Glasgow, and dozens of other cities, the grassroots campaign will demand a higher minimum wage and pay that keeps up with inflation, lower energy bills, an end to food insecurity and food poverty through universal school lunches and other assistance, affordable housing for all, and new taxes for the wealthiest Britons.

“The people need to be out in the streets and demanding change from this government, and if necessary, a change of government entirely,” said Mick Lynch, general secretary of the National Union of Rail, Maritime, and Transport Workers (RMT), in a TV interview Friday, as he noted that top executives in the rail industry are expected to gain up to £60,000 ($67,000) from the “mini-budget” introduced by the Conservative government last week.

“Demand a change in direction. We need to tax the rich properly, not give tax cuts to millionaires. It’s time to take to the streets.”@RMTunion’s Mick Lynch explains tomorrow’s #EnoughIsEnough protests in 50 locations across Britain.

While millionaires stand to benefit from the plan, the Liberal Democrats released research last week showing some of the U.K.’s lowest earners, including nurses and teachers who are starting their careers, will see their tax bills rise.

“Does a CEO need an extra zero at the end of their salary—or should nurses, posties, and teachers be able to heat their homes?” asked comedian and economic justice advocate Rob Delaney, who will appear at one of Saturday’s rallies in London.

“Does a CEO need an extra zero at the end of their salary – or should nurses, posties and teachers be able to heat their homes?”@RobDelaney says #EnoughlsEnough

Join him in London this Saturday, 12pm, Kings Cross to protest the cost-of-living crisis.https://t.co/5Jv3jp6dkz pic.twitter.com/E84mvthM4i

Meanwhile, the U.K.’s heavy reliance on gas to heat homes has caused energy prices to soar, and Enough Is Enough organizers say a price cap of £2,500, announced this week, is insufficient to help struggling households.

“We need to revert to pre-April levels, instead of using taxpayers’ money to bail out energy companies who are making record profits,” Laura Dickinson, who is organizing rallies planned for Saturday in northern England, told Vice.

The protests are being coordinated with labor strikes organized by unions including RMT. The unions are demanding higher pay to reflect the rising cost of living.

With an estimated 700,000 members of the Enough Is Enough campaign, organizers are expecting a huge turnout to join the 200,000 workers who will be on picket lines.

Since mid-August, thousands of people have attended rallies across the country where they’ve listened to the personal stories of workers who have had to take second jobs and regularly spend their entire monthly wages on housing, food, and fuel.

“Sometimes I can be just too angry about how they treat us, but I think they want us to be tired,” said a Communication Workers Union member named Emma at a gathering in the town of Luton, England earlier this month. “I think they want us too weak to fight, but we owe it to ourselves and those that are too weak to stand up. We need to tell them that they’re not alone and we’re in this together.”

“I, like many, have had to take a second job. I don’t know how long my health or my strength will let me rely on that.”

Heartbreaking speech from Emma, a postie and @CWUnews member, on the reality behind the Royal Mail strike.#EnoughIsEnough pic.twitter.com/RqSHEYfoqE

Progressive members of Parliament have expressed their support for the National Day of Action.

“The Tories are waging war on our communities while lining the pockets of their class,” said MP Zarah Sultana at a rally in Liverpool this week. “It’s time to fight back.”