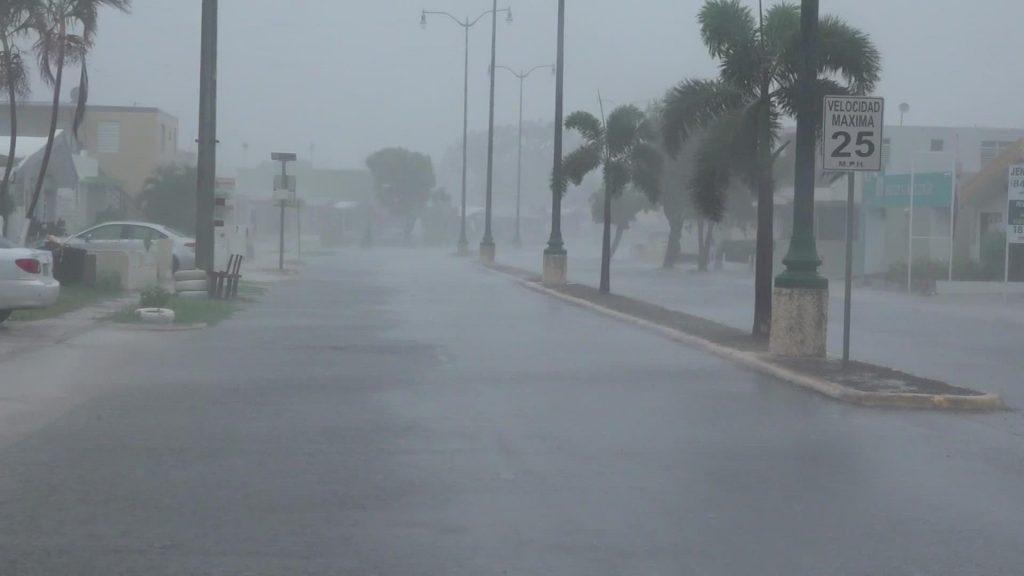 Fiona rammed into Puerto Rico on September 18, five years after the much stronger Hurricane Maria triggered an islandwide blackout. In the wake of the 2017 disaster, the island’s grid was completely privatized by LUMA Energy, a joint venture owned by Canadian firm ATCO Ltd. and U.S. contractor Quanta Services Inc.

In a hearing convened by the Puerto Rico House of Representatives on Wednesday, local lawmakers asked LUMA Energy president Wayne Stensby and other corporate officials to explain why entire neighborhoods in dozens of towns and cities remain completely in the dark and others are experiencing unreliable access to power.

Company officials have hyped their efforts to restore electricity to approximately 95% of customers in the weeks since Fiona hammered the island with 85-mile-per-hour winds and more than 30 inches of rain. During the hearing, Stensby described LUMA Energy’s response to the Category One storm as “unprecedented.”

But local Rep. Rafael Hernández Montañez of the Popular Democratic Party (PPD) was unimpressed, responding: “This is not historic. This is business as usual in a Caribbean nation.”

Residents of many of the communities that are still without power, including some mayors, have hit the streets in recent days to call out LUMA Energy’s failure to quickly mend Puerto Rico’s grid and its inability to improve the fragile system before the storm.

“We are going to be here, every day, until the town of Ponce has electricity,” Irizarry Pabón wrote on social media. Saying that he has “run out of patience,” the mayor called for another protest to be held Thursday evening.

“Irizarry Pabón was also joined by Villalba Mayor Luis Javier Hernández [PPD], who is one of several mayors who created their own brigades of workers and experts to bring fallen light posts and cables back up to where they belong,” NBC News noted. “The idea was to help LUMA Energy rebuild as much as possible so it could focus just on re-energizing the system.”

Hernández slammed the company for only tracking power restoration at the regional scale, which means that several municipalities are grouped together, resulting in the absence of finely grained neighborhood-level data—information that island lawmakers at Wednesday’s hearing gave Stensby three days to provide.

LUMA Energy “should disclose which sectors in each municipality have not had [power] for 17 days,” Hernández tweeted. “If 95% of the country has power, then we should see most of [the company’s] brigades working on the [remaining] 5%. I have not seen them!”

According to NBC News:

There had also been protests Monday, when residents of San Germán joined a demonstration outside one of LUMA Energy’s municipal offices to demand that the company restore service to the town, where roughly 65% of power customers still don’t have electricity, Mayor Virgilio Olivera said.

The mayors of Hormigueros, Sabana Grande, and Guánica, all of which remain mostly in the dark, as well, also joined the demonstration Monday.

Meanwhile, Cayey Mayor Rolando Ortiz Velázquez of the PPD has urged his constituents to gather outside the town’s LUMA Energy office on Friday.

“Let’s protest. If you don’t have electricity, I invite you to join us. If you have services, join us,” Ortiz wrote on Facebook. “There are many elderly and sick people who suffer.”

“Our concerns about LUMA predate the current blackout,” says the letter. “Since LUMA assumed control of the grid in 2021, Puerto Ricans have reported recurring power surges that have interfered with critical medical care, disrupted access to education, and destroyed property. In exchange for this inadequate service, Puerto Ricans spend an increasingly disproportionate share of their income on electricity: The average citizen in mainland United States spends 2.4% of their income on electricity whereas Puerto Ricans spend 8% of theirs.”

“There was never a doubt that rebuilding infrastructure following Hurricane Maria would be a challenge, but LUMA has been richly compensated to meet that challenge,” the letter continues. “Yet, results are not being delivered to Puerto Ricans, who deserve reliable and affordable energy. The collapse of the electric grid in the aftermath of Hurricane Fiona is just the latest example of such failures.”

The trio of House Democrats gave Stensby until October 11 to provide “information regarding how LUMA is allocating its contract money and why the company had not adequately prepared the island’s energy infrastructure to withstand a Category One hurricane.”

However, the letter neglects to mention how Washington paved the way for LUMA Energy’s corporate takeover of Puerto Rico’s grid and how the United States’ ongoing domination of the island, which began more than 120 years ago, makes it more vulnerable to the devastating effects of catastrophes such as Maria and Fiona.

The commonwealth lost its ability to meaningfully influence structural decisions with a 2016 Barack Obama-era law called the Puerto Rico Oversight, Management, and Economic Stability Act, known as PROMESA or La Junta. This act allowed the U.S. Congress to infringe on the island’s pecuniary autonomy through the appointment of a Financial Oversight and Management Board (FOMB). Since its formation, the FOMB has enacted severe austerity measures on public services in order to help Puerto Rico “achieve fiscal responsibility and ultimately reestablish access to credit markets,” according to the text of the legislation. La Junta also gives the FOMB authority to deny unionized utility workers their right to strike.

The FOMB’s independence from Puerto Rican lawmakers meant that it could clear the way for Puerto Rico’s public electrical company, the Puerto Rico Electric Power Authority (PREPA), to sell commonwealth assets and outsource services related to the generation and transfer of electricity. In 2018, legislation was passed to enable the placement of Puerto Rico’s energy grid under private management. That 2018 act revealed La Junta’s true purpose: raising the bridge to make way for muck-dredging capitalists who have long lusted after utility contracts in the Global South. From then on it was inevitable that PREPA would seek a public-private partnership in order to improve the public grid. That’s where LUMA came in.

Late last month, The American Prospect‘s Ryan Cooper argued that “there are many proximate factors behind Puerto Rico’s continued vulnerability to hurricanes and economic dysfunction. But the root problem is political inequality.”

“It is an American colony: controlled by the United States government, but without any political representation for the people living there,” wrote Cooper. “Until this inequality is rectified, it’s a safe bet that Puerto Rico will never fully recover.”

“The situation in Puerto Rico,” he added, “is crying out for a fundamental restructuring of its relationship with the mainland.”