“This isn’t using our taxpayer dollars wisely,” said the National Priorities Project. “It’s robbing programs that we need, like the discontinued child tax credit that cut child poverty by half.” 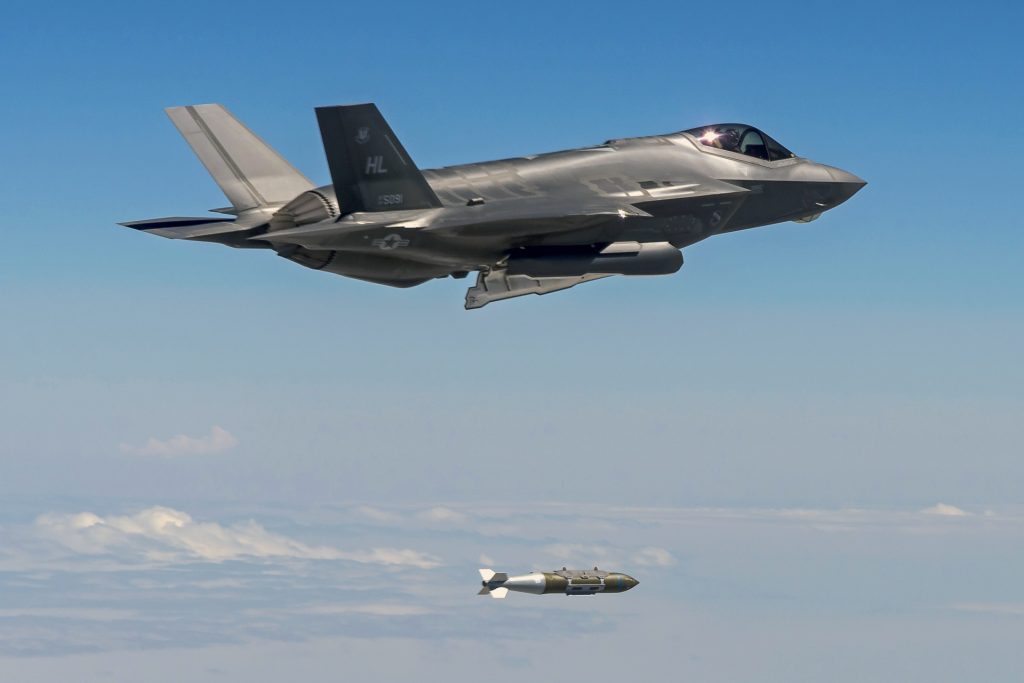 Anti-war advocates blasted U.S. lawmakers on Thursday, one day after it was reported that Congress is expected to pass an $847 billion military budget for the coming fiscal year even though the Pentagon recently failed its fifth consecutive annual audit and nearly 40 million people nationwide are living in poverty.

Last month, “the Pentagon once again failed to pass a basic audit showing that it knows where its money goes,” the National Priorities Project at the Institute for Policy Studies said in a statement. “And instead of holding out for any kind of accountability, Congress stands ready to give a big raise to an agency that failed to account for more than 60% of its assets.”

According to Politico, “The deal would set the budget topline of the fiscal 2023 National Defense Authorization Act at $847 billion for national defense, and would go as high as $858 billion when including programs that fall outside of the jurisdiction of the Senate and House Armed Services committees.” The Senate panel approved an equivalent military spending boost in June.

The National Priorities Project (NPP) called the bipartisan proposal to further increase military spending despite the Pentagon’s persistent accounting and human rights failures “a sign of an agency that is too big, plain and simple.”

“Other major government agencies have long since passed audits,” said NPP. “But the Pentagon, with its global sprawl of more than 750 military installations, and a budget increase that alone could more than double the diplomacy budget at the State Department, is so big and disjointed that no one knows where its money goes.”

According to NPP, one solution would be to make the Pentagon “a lot smaller.”

Earlier this year, Reps. Barbara Lee (D-Calif.) and Mark Pocan (D-Wis.)—co-chairs of the Defense Spending Reduction Caucus—unveiled the People Over Pentagon Act of 2022, which proposes slashing Pentagon spending for the next fiscal year by $100 billion and reallocating those funds toward threats that “are not military in nature,” such as the Covid-19 pandemic, the climate emergency, and worsening inequality.

Although a majority of U.S. voters are opposed to military spending in excess of $800 billion, earlier efforts to cut the Pentagon’s budget have failed to gain enough support to pass the House or Senate thanks in part to lawmakers who receive substantial amounts of campaign cash from the weapons industry, which benefits from relentlessly expanding expenditures.

NPP said Thursday that “after 20 years of war, and in a time when government spending is desperately needed elsewhere, the Pentagon’s fifth failed audit in as many years (and having never, ever passed) should be the last straw.”

“This isn’t using our taxpayer dollars wisely,” the nonprofit research institute continued. “It’s robbing programs that we need, like the discontinued child tax credit that cut child poverty by half. And it’s continuing the Pentagon’s legacy of war, all for the benefit of the contractors who commandeer roughly half of the Pentagon’s budget in any given year.”

Approximately 55% of all Pentagon spending went to private sector military contractors from FY 2002 to FY 2021, according to Stephen Semler of the Security Policy Reform Institute. “If this privatization of funds rate over the last 20 years holds,” Semler wrote last December, arms dealers will rake in an estimated $407 billion in public money in FY 2022.

NPP director Lindsay Koshgarian told Truthout on Wednesday that “the same legislators who refused to continue child tax credits that cut child poverty in half are now choosing to add tens of billions of dollars to an already-enormous Pentagon budget.”

“The bonus for the Pentagon is more than the entire annual climate investment under the Inflation Reduction Act,” Koshgarian added. “The only ones who will benefit are the corporations that sell weapons to the U.S. and around the world.”

Last year, NPP published a report showing that the U.S. has spent more than $21 trillion on militarization since September 11, 2001.

Citing that analysis, Jacobin‘s Luke Savage argued at the time that the nation’s military spending—now even higher than it was at the height of the Cold War—is not only wasteful but also inherently anti-democratic:

Military spending allocated for 2022 considerably exceeds the cost of five separate Green New Deal bills. For a miniscule fraction of what America spent on the two-decade-long “war on terror,” it could have fully decarbonized its electricity grid, eradicated student debt, offered free preschool, and funded the wildly popular and effective Covid-era’s anti-poverty child tax credit for at least a decade. Spending public funds so lavishly on war inevitably means not spending them elsewhere, and it’s incredible to imagine what even a fraction of the money sucked up every year by America’s bloated military-industrial complex could accomplish if invested differently.

Fundamentally, however, the case against the Pentagon’s ever-expanding budget is a democratic one. Every year, the government of the world’s most powerful country now allocates more than half of its discretionary funds to what is laughably called “defense spending”—regardless, it turns out, of whether the nation is at risk of attack or officially at war.

“Corporate capture of Congress is a problem in most major policy areas,” wrote Savage, “but defense contractors and other military concerns have a stranglehold that is arguably unmatched.”

As NPP noted Thursday, enacting Lee and Pocan’s legislation “would open the door for other critical investments—and stop rewarding an agency that doesn’t even know where the money is going.”

Editor’s note: Imagine what could be done if $1 billion were put into veteran care…