“This is exactly why we need an outright ban on all use of facial recognition surveillance in places of public accommodation like bars, restaurants, retail stores, and music and sports venues,” said one digital rights campaigner. 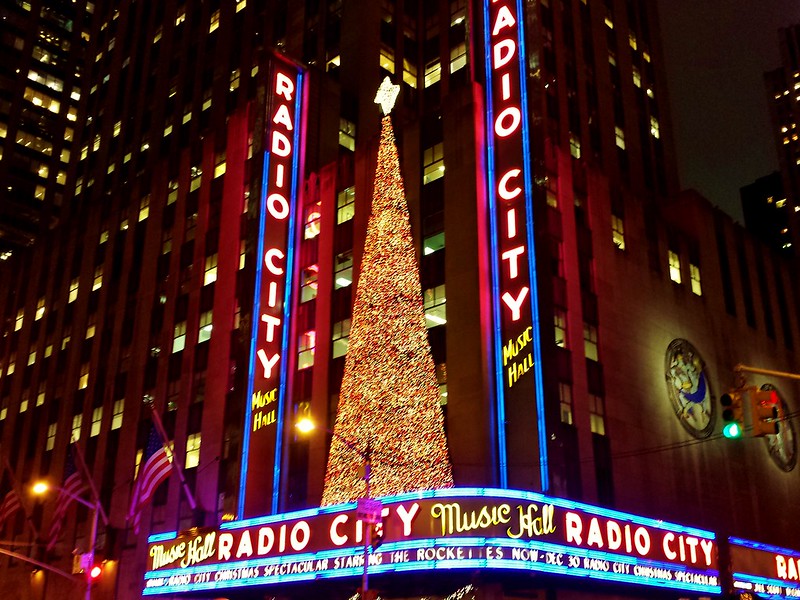 Digital rights advocates on Tuesday called for a ban on private use of biometric surveillance technology after a mom taking her daughter to see a Christmas show in New York City was kicked out of the theater after its facial recognition system identified her as an employee of a law firm involved in legal proceedings against the venue’s operator.

Kelly Conlon was accompanying her daughter and her New Jersey Girl Scout troop on a post-Thanksgiving outing to Midtown Manhattan to see the “Christmas Spectacular” at Radio City Music Hall starring the iconic Rockettes. However, as soon Conlon entered the venue’s lobby, security informed her that she’d been flagged by facial recognition and that she would have to leave.

That’s because she’s an attorney for a law firm currently embroiled in litigation with Madison Square Garden (MSG) Entertainment, which operates Radio City—even though Conlon has nothing to do with the case.

“I was just a mom taking my daughter to see a Christmas show,” she added. “I did wait outside… It was embarrassing. It was mortifying.”

All we want for Christmas is for NY to ban facial recognition.🎄#BanTheScan #Rockettes @TheGarden @RadioCity https://t.co/uOLrS41dxu

MSG Entertainment defended its actions, explaining that is has “instituted a straightforward policy that precludes attorneys pursuing active litigation against the company from attending events at our venues until that litigation has been resolved.”

“While we understand this policy is disappointing to some, we cannot ignore the fact that litigation creates an inherently adverse environment,” the company added.

Evan Greer, director of the digital rights group Fight for the Future, said in a statement that “this is exactly why we need an outright ban on all use of facial recognition surveillance in places of public accommodation like bars, restaurants, retail stores, and music and sports venues.”

“There are just so many ways that biometric surveillance technology can be abused to discriminate and put people in danger,” she added. “Madison Square Garden should immediately stop using this invasive, harmful technology, and lawmakers should act to ban this practice for good.”

Madison Square Garden used facial recognition to identify and stop a mom from attending a Christmas show with her kid because she’s an attorney at a firm who is engaged in litigation with them.

While campaigners have successfully fought for limits and bans on government use of facial recognition at the local level, only three states—Illinois, Texas, and Washington—have enacted comprehensive biometric privacy legislation, with Illinois offering the strongest protections of the three. There are no federal restrictions on the technology.

Greer tweeted that Conlon’s case shows that “this is exactly why it is not enough to just ban government and law enforcement use of facial recognition and biometric surveillance.”

“There are so many ways private corporations and even individuals can abuse this tech,” she added. “It should be banned for all commercial use and public use.”

Common Dreams reported last year that a coalition of more than 20 human rights groups called for a total ban on corporate use of facial recognition technology, arguing that “letting this tool of authoritarian control spread throughout the private sector has serious implications for worker organizing rights and heightens the risk of catastrophic biometric data breaches.”