“Our success in phasing out ozone-eating chemicals shows us what can and must be done—as a matter of urgency—to transition away from fossil fuels, reduce greenhouse gases, and so limit temperature increase,” said one expert. 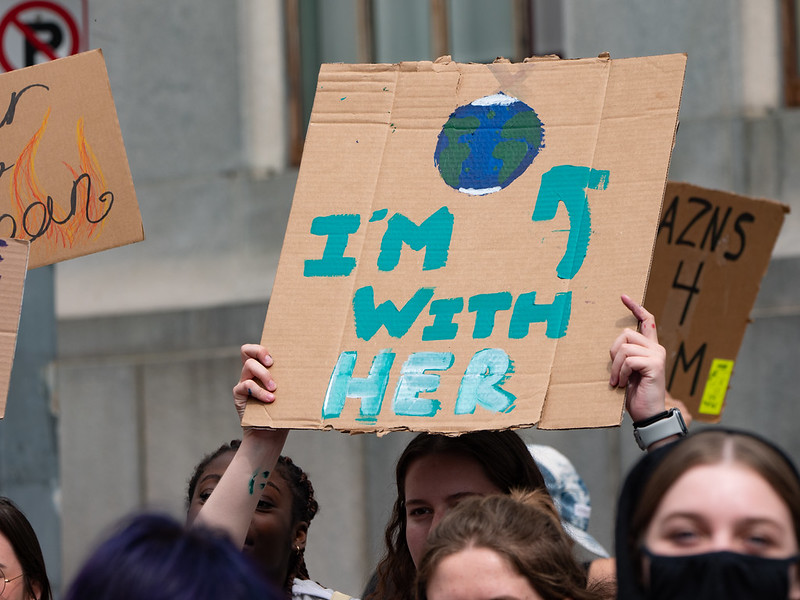 An assessment released Monday by leading science agencies highlights the effectiveness of an international treaty intended to protect the stratospheric ozone layer as well as the power of taking action now to limit global heating driven by human activity.

The Montreal Protocol on Substances That Deplete the Ozone Layer was signed in 1987 and entered into force in 1989. The landmark treaty regulates nearly 100 synthetic chemicals known as ozone-depleting substances (ODSs)—including chlorofluorocarbons (CFCs) used in air conditioners and refrigerators.

The new analysis of the Montreal Protocol was conducted by experts from the European Commission, United Nations Environment Program (UNEP), and World Meteorological Organization (WMO) as well as the United States’ National Aeronautics and Space Administration (NASA) and National Oceanic and Atmospheric Administration (NOAA).

The assessment’s executive summary states that “actions taken under the Montreal Protocol continue to contribute to ozone recovery” and total column ozone (TCO) “is expected to return to 1980 values around 2066 in the Antarctic, around 2045 in the Arctic, and around 2040 for the near-global average.”

The publication also points out how efforts to protect and restore the ozone layer contribute to the 2015 Paris climate agreement’s goal of keeping global heating this century “well below” 2°C, relative to preindustrial levels, with an ultimate target of 1.5°C.

“Compliance with the 2016 Kigali Amendment to the Montreal Protocol, which requires phasedown of production and consumption of some hydrofluorocarbons (HFCs), is estimated to avoid 0.3-0.5°C of warming by 2100,” the document notes.

“New studies support previous assessments in that the decline in ODS emissions due to compliance with the Montreal Protocol avoids global warming of approximately 0.5-1°C by mid-century compared to an extreme scenario with an uncontrolled increase in ODSs of 3-3.5% per year,” the executive summary adds.

Meg Seki, executive secretary of the UNEP’s Ozone Secretariat, said in a statement: “That ozone recovery is on track according to the latest quadrennial report is fantastic news. The impact the Montreal Protocol has had on climate change mitigation cannot be overstressed.”

“Over the last 35 years, the protocol has become a true champion for the environment,” Seki continued. “The assessments and reviews undertaken by the scientific assessment panel remain a vital component of the work of the protocol that helps inform policy- and decision-makers.”

Good news from #AMS2023: The ozone layer is on track to recover within four decades.

This is the panel’s first assessment to examine a proposed geoengineering method to reduce global heating known as stratospheric aerosol injection (SAI), which would involve planes releasing sulfur to reflect solar radiation.

The analysis warns that “an unintended consequence of SAI is that it could also affect stratospheric temperatures, circulation, and ozone production and destruction rates and transport.”

NOAA’s David Fahey, a lead author of the assessment, told The Guardian that “these sort of climate interventions are touchy subjects because they are a tangled ball of ethics and governance, rather than just science… There would indeed, though, be consequences for ozone if you put enough sulfur into the atmosphere. It would be unavoidable.”

Released in the wake of COP27—a November U.N. summit that critics called “another terrible failure” because Paris agreement parties failed to collectively call for an end to all planet-heating fossil fuels—the new assessment prompted experts to urge the world to learn from the Montreal Protocol and apply those lessons tackling the climate emergency.

Fahey said that the global response to CFCs means that the Montreal Protocol should be seen as “the most successful environmental treaty in history and offers encouragement that countries of the world can come together and decide an outcome and act on it.”

Fahey said that even with swift global action on CFCs, the chemicals still linger in the atmosphere for about a century. “It’s a bit like waiting for paint to dry, you just have to wait for nature to do its thing and flush out these chemicals,” he said.

The challenge when it comes to greenhouse gases like carbon dioxide is even greater, he said, as they stay in the atmosphere far longer and, unlike CFCs which were produced by just a handful of companies, the emissions coming from fossil fuels are far more widespread and embedded in almost every activity in societies.

“CO2 is another order of magnitude when it comes to its longevity, which is sobering,” he said. “Getting every person on the planet to stop burning fossil fuels is a vastly different challenge.”

“Our success in phasing out ozone-eating chemicals,” he said, “shows us what can and must be done—as a matter of urgency—to transition away from fossil fuels, reduce greenhouse gases, and so limit temperature increase.”