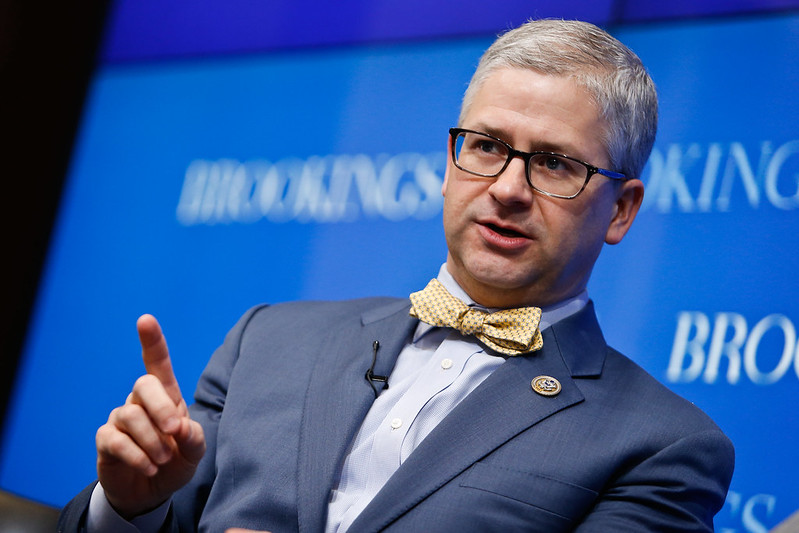 The U.S. committee tasked with overseeing the financial sector on Thursday “dispelled any doubt of their intent to do the bidding of the financial industries over the interests of everyday families,” said a government watchdog group as the panel signaled it will significantly scale back its efforts to push for consumer protections on Wall Street.

Gone from the list were the former Diversity and Inclusion Subcommittee and all references in the panels’ descriptions to “consumer protection,” “investor protection,” and “community development.”

JUST IN: Wall Street money vacuum and new HFSC Chair, @PatrickMcHenry, has eliminated the Diversity and Inclusion Subcommittee and references to consumer protections in subcommittee titles.

Learn what it means for the MAGA majority’s agenda here: https://t.co/7q90LtCVv1

The Republicans now in control of the HFSC “never met a consumer protection effort they liked and have been rewarded accordingly with millions of dollars from greedy industries they now oversee,” said Liz Zelnick, director of the economic security and corporate power program at Accountable.US.

The watchdog noted that in addition to the considerable campaign cash McHenry and other Republicans on the committee have received from Wall Street—including $9.2 million for the new committee chairman—the new leadership’s ties to financial giants have been made clear in other ways.

McHenry was a speaker at the Consumer Banker Association’s annual Washington Forum in 2021 and events hosted by the National Association of Federally-Insured Credit Unions and the American Bankers Association last year. He also received the “Champion of Small Business Award” in 2018 from the so-called Small Business Investor Alliance, which represents lower- to middle-market private equity funds, and the “Spirit of Enterprise Award” from the U.S. Chamber of Commerce in 2016.

Of the $9.2 million he has raked in from Wall Street over the course of his career, $154,000 came from industry groups that lobbied in 2018 in support of McHenry’s Protecting Consumers’ Access To Credit Act, which aimed to weaken consumer protections from predatory lenders.

Luetkemeyer’s family has had ties to the Bank of St. Elizabeth—acquired by Mid America Bank in 2021—going back several generations, and since entering Congress the Republican has “used his position as a lawmaker to lend support to industry after the Consumer Financial Protection Bureau was sued by the U.S. Chamber of Commerce and other financial groups over its reinterpretation of policy toward unfair, deceptive, or abusive acts and practices.”

He introduced legislation to restructure the leadership of the CFPB and has taken at least $722,500 from the country’s three largest banks, which in 2019 made over $6.8 billion in overdraft fees—a major target of the CFPB.

The committee member tasked with overseeing the CFPB on the Subcommittee on Financial Institutions and Monetary Policy is Rep. Andy Barr (R-Ky.), who told a conference of bankers in 2021 that the bureau “is a big concern.”

“The frothy-mouthed hostility McHenry and Luetkemeyer have exhibited toward the CFPB and its director strongly suggests a belief that ripping off consumers is a legitimate part of doing business, including excessive overdraft penalties and predatory hidden fees,” she added. “Only politicians deep in the pocket of industry could view with contempt the bureau’s incredible success in saving consumers money and holding scammers and financial predators accountable.”