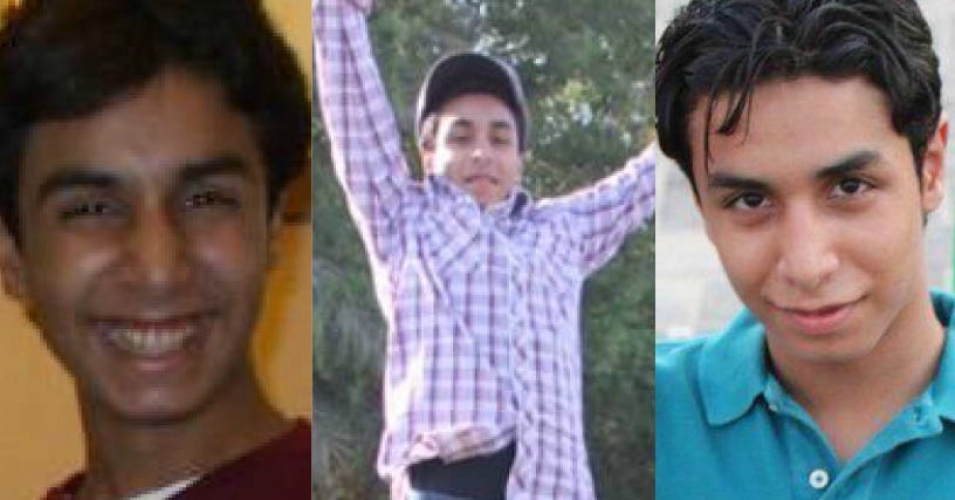 Ali Mohammed al-Nimr was sentenced to death by crucifixion when he was just 17 years old. (Image: Reprieve)

The mother of teenage pro-democracy protester Ali Mohammed al-Nimr, sentenced to crucifixion by Saudi Arabia, pleaded with President Barack Obama to use his power to pressure the close U.S. ally to spare her son.

In her first interview with foreign media outlets, Nusra al-Ahmed told the Guardian that Obama “can interfere and rescue my son.”

“To rescue someone from harm, there is nothing greater than that,” she continued. “My son and I are simple people and we don’t carry any significance in this world but despite that, if he [Obama] carried out this act, I feel it would raise his esteem in the eyes of the world. He would be rescuing us from a great tragedy.”

Al-Nimr was arrested in 2012 when he was just 17 years old following his attendance of a rally for Shia rights in the eastern city of Qatif, according to his mother. After being denied access to a lawyer, al-Nimr was sentenced to death by beheading and crucifixion in May 2014 on charges that include taking part in demonstrations against the government and possessing a gun—the latter of which his family strongly denies. “The court seems to have based its decision solely on ‘confessions’ which Ali al-Nimr has said were extracted under torture and other ill-treatment,” noted Amnesty International.

Al-Ahmed confirmed to the Guardian that her son had been tortured and brutalized. “When I visited my son for the first time I didn’t recognize him,” she said. “I didn’t know whether this really was my son Ali or not. I could clearly see a wound on his forehead. Another wound in his nose. They disfigured it. Even his body, he was too thin.”

Al-Nimr is not alone. Dawoud al-Marhoon was also sentenced to die at the age of 17 under similar circumstances, and both executions are imminent. Between August 2014 and June 2015, at least 175 people were executed by the Saudi state after unfair trials, in a country where adultery is punishable by death and neither children nor the mentally handicapped are spared from execution.

Al-Nimr’s case has shined a global spotlight on Saudi human rights abuses—within its own borders and around the world, including in Yemen where the state stands accused of numerous war crimes in its ongoing military onslaught. The pending execution has also called attention to the complicity of global superpowers that maintain close relations—and sell weapons to—the Gulf state, particularly the U.S. and UK.

Maya Foa, head of the death penalty team at human rights organization Reprieve, charged Wednesday that “the response of the U.S.—the Saudis’ closest ally—to these outrages has been woefully inadequate.”

“The beheading of these two boys, who were arrested and tortured for merely attending protests, would be a grotesque miscarriage of justice,” Foa continued. “President Obama must listen to the call from Ali’s desperate family, and step in now to urge the Saudis to change course.”