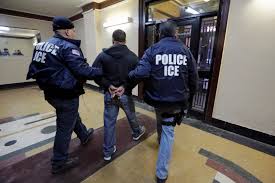 As the Associated Press reported on Thursday, detained migrants and an attorney representing the hunger strikers said “nearly 30 detainees from India and Cuba have been refusing to eat, and some are now so weak they cannot stand up or talk.” END_OF_DOCUMENT_TOKEN_TO_BE_REPLACED