Of course climate change is about race. 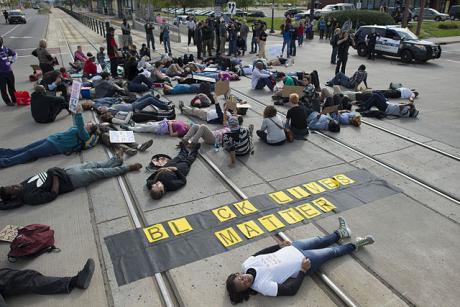 This month marked a historic shift in the way climate change is communicated. Black Lives Matter (BLMUK) blocked City Airport in London to highlight that the climate crisis is a racist crisis. With half a million plus views on YouTube and interviews on BBC, the action has led to a torment of indignation, rage, mixed with the usual blatant racist abuse on the YouTube and Guardian comments threads. Even “progressive left” voices seem to have deemed that mixing climate and race is inappropriate, confusing, and counterproductive. I want to argue the exact opposite.

First it is necessary be clear about the science on climate change. Most people including many left activists seem to still subscribe to the notion that climate change is some vague threat that is going to happen at some point in the distant future. As one well regarded young activist friend put it “at least I will be dead by then”. END_OF_DOCUMENT_TOKEN_TO_BE_REPLACED