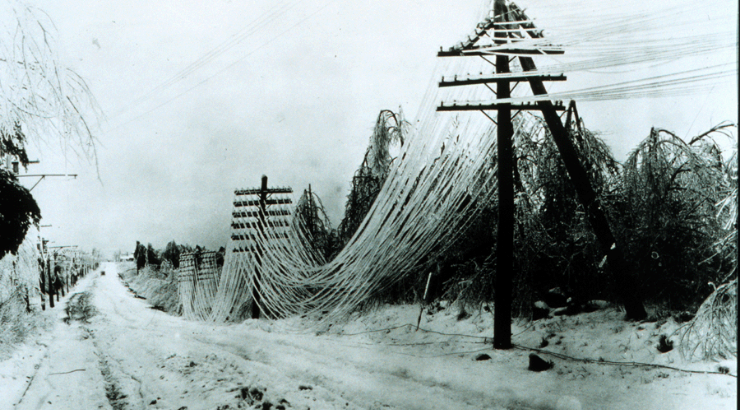 According to NASA, the Sun will reach its lowest activity in over two centuries in 2020. As a result of it going into a natural period of hibernation, Earth could see temperatures drop, resulting in food shortages on a global scale. The temperature could also drop by as much as one degree Celsius over a period of roughly 12 months—an incremental yet significant change in climate conditions that could have unpredictable results. END_OF_DOCUMENT_TOKEN_TO_BE_REPLACED 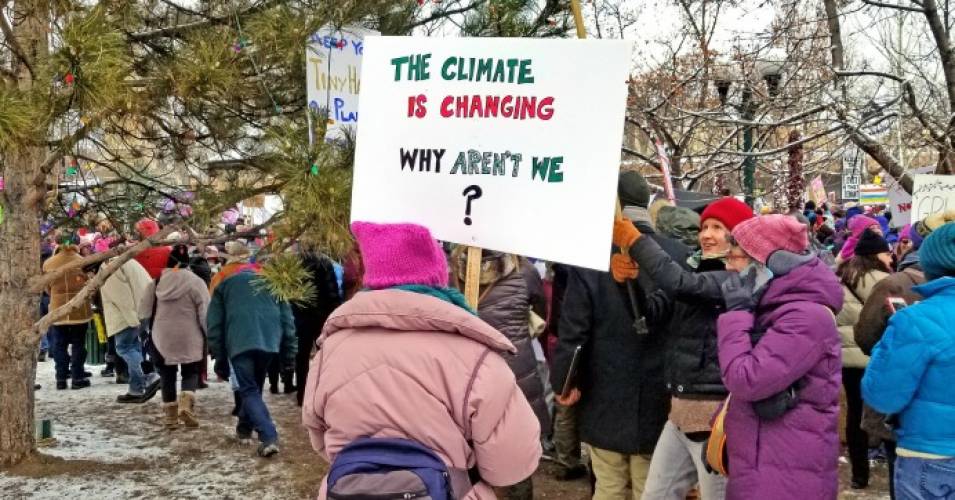 As the Washington Post reported last week, the region is “stewing in temperatures more than 45 degrees (F) above normal. This latest huge temperature spike in the Arctic is another striking indicator of its rapidly transforming climate.” END_OF_DOCUMENT_TOKEN_TO_BE_REPLACED

“We want to fulfill our historic responsibility. That’s why we go to the coal mines, to protect the climate there.” 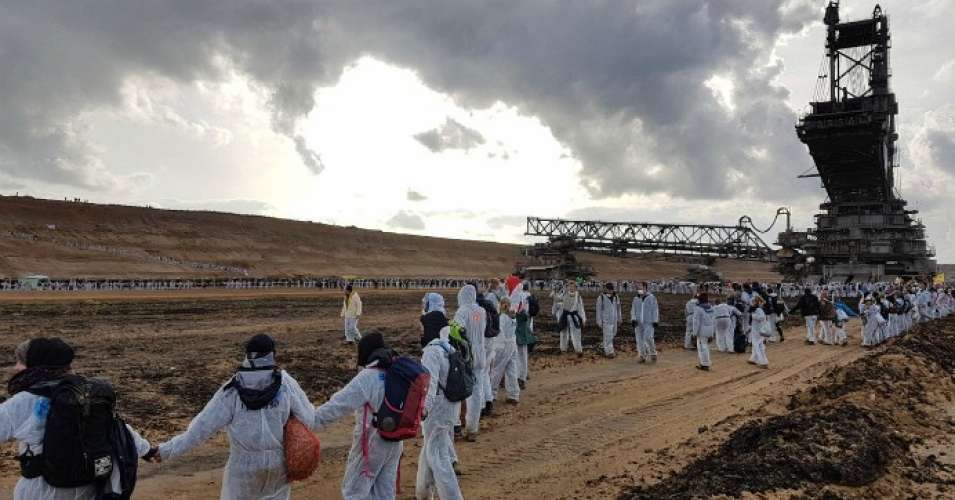 “Germany’s lignite mines are among the biggest coal mines in the world,” Zane Sikulu, a Climate Warrior from Tonga, said in a statement. (Photo: Code Rood/Twitter)

Demanding an end to coal and all forms of dirty energy extraction, over 4,000 activists descended on the Rhineland coalfields in Germany early Sunday in a mass demonstration just a day before COP23 climate talks are set to kick off.

“On the international stage, politicians and corporations present themselves as climate saviors, while a few miles away, the climate is literally being burned,” Janna Aljets, a spokesperson for the environmental alliance Ende Gelände, which helped organize the action, said in a statement. “We do not want to be world champions in extracting and burning lignite anymore. We want to fulfill our historic responsibility. That’s why we go to the coal mines, to protect the climate there.” END_OF_DOCUMENT_TOKEN_TO_BE_REPLACED 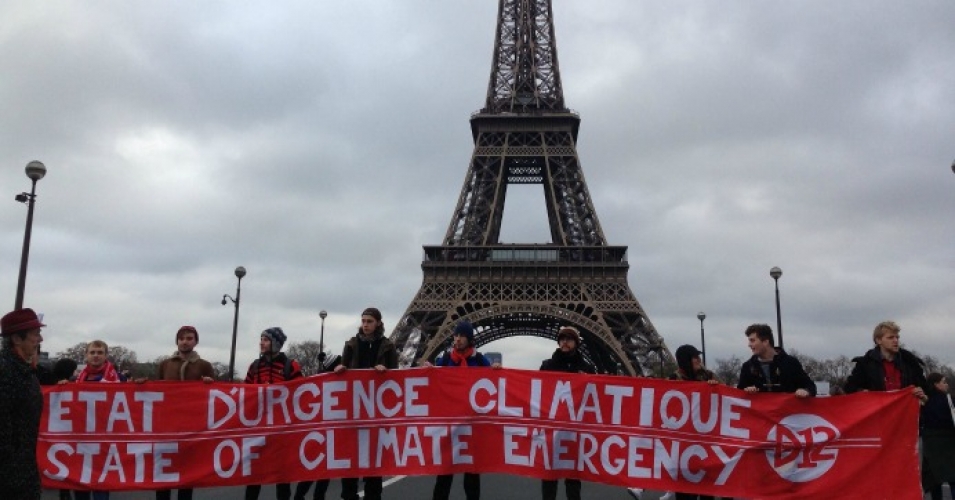 A protest at the Eiffel Tower in December of 2015. (Photo: Carlos Felipe Pardo/flickr/cc)

Multiple news outlets reported Wednesday that President Donald Trump was about to make good on his campaign pledge to pull the United States out of the historic Paris climate agreement—a decision environmental groups said would be “a travesty” and “historic mistake.”

Axios cited “two sources with direct knowledge of the decision,” and an unidentified White House official said to the Associated Press that there could be “caveats in the language” Trump uses to withdraw. Politico adds: “Administration officials cautioned that they are still sorting out the details of how exactly Trump will withdraw, and one noted that nothing is final until an announcement is made.” END_OF_DOCUMENT_TOKEN_TO_BE_REPLACED 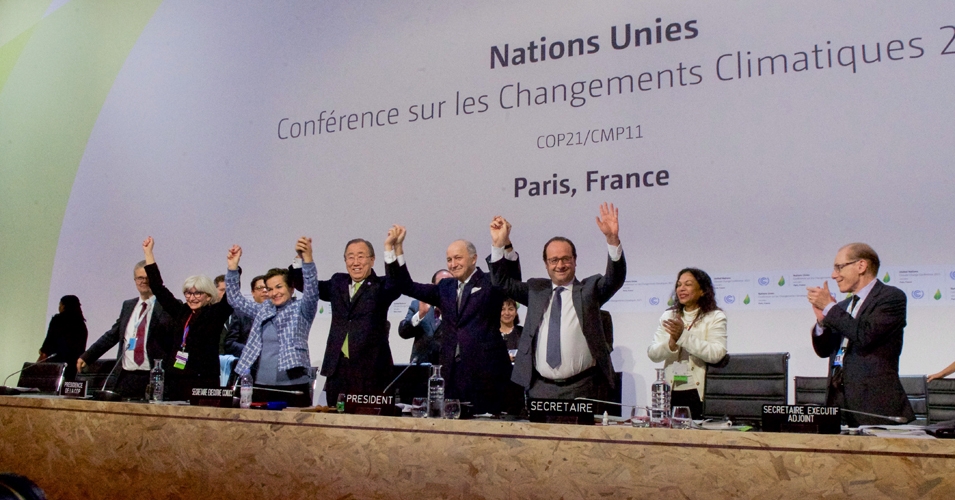 Now the Trump administration has a meeting scheduled this Tuesday to decide whether to drop out of the Paris Agreement. END_OF_DOCUMENT_TOKEN_TO_BE_REPLACED 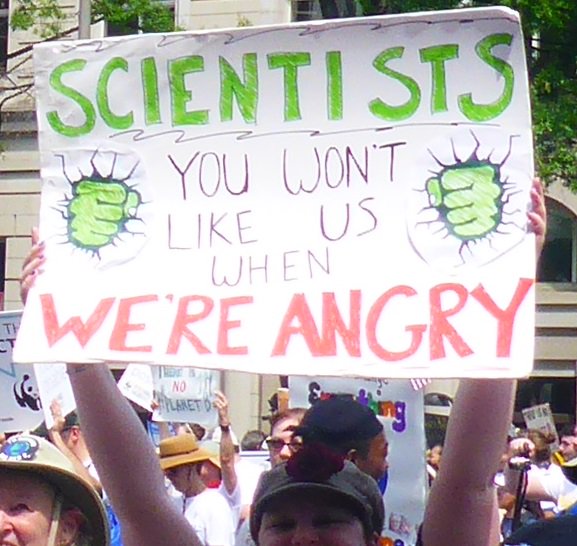 “I can’t begin to describe how long and lovely the #climatemarch is,” 350.org co-founder Bill McKibben wrote on Twitter. “It goes on essentially forever.” END_OF_DOCUMENT_TOKEN_TO_BE_REPLACED

Organizers have worked for over a year to build an intersectional movement that brings together diverse constituencies under the banner of climate justice. They hope to replicate the first People’s Climate March in September 2014, which was the largest climate change mobilization in history. END_OF_DOCUMENT_TOKEN_TO_BE_REPLACED 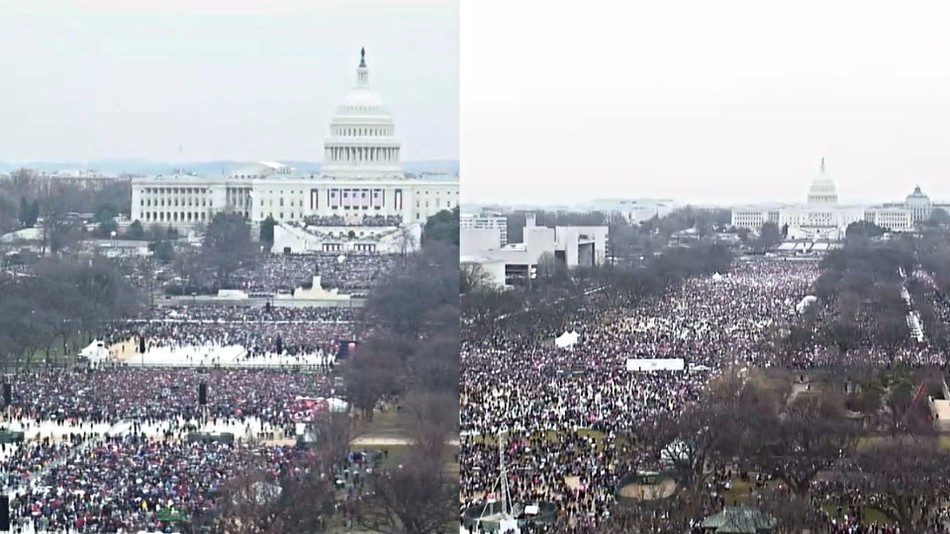 You are now President of the United States of America.

We, the People, have already noticed a few things, and we’d like to tell you what you apparently are not being told by your “advisors.”

Your removal of the term “Civil Rights” from the White House website implies that these are no longer a concern to a man that was elected to serve ALL Americans, not just those that “look” like you.

Your removal of all information regarding Health Care from the same website implies that the health care of the people of this country is not important enough to you to even indicate what you plan to do now that measures have already been taken to effectively terminate coverage under the ACA.

Your removal of all discussion of Climate Change is a clear example that you are not willing to listen to science and reason when it comes to protecting America’s valuable resources for generations to come.

You attack through tweeting those that offend you, as though it makes you look “presidential.” It instead reveals the immature, narcissistic individual you are, one that must have instant gratification whenever a pimple in life appears on your ugly face of divisiveness.

You brag about assaulting women, and insult the victims of your misogyny.

You indicate you want the equivalent to a “Christian caliphate” in this country: emulating what the enemy is demanding makes one weak, not strong. Even 1st graders know that, Mr. President. It also validates what ISIS is doing.

You asked for military style parades during your inauguration, while veterans that have served go without medical care, homes or jobs. You have stated you intend to fly war planes over our cities to remind us that our military is great, while we feed homeless veterans living in our parks, the planes drowning out our conversations with them.

America is a nation of law. We are not governed by corporate organizational structures. You won’t get your way all the time, and you can’t scream “You’re Fired!” at everyone that sees things differently.

Your first act was to claw back a relief package for low to middle income mortgage holders that would have saved them on average $500 a year. That doesn’t sound like much money to you, but to the American people you are supposed to serve, it can make the difference between having a home and not having a home. You proved to these people your heartlessness right from the beginning of your term.

You claim to have a mandate. Let us remind you that you were elected by 46% of the vote, from which only 30% of the population even chose to participate in. This means, in fact, you hold office because only 14% of eligible voters in this country decided to vote for you, and many did so simply in objection to your opponent. This is not a mandate.

A MANDATE is what happened the day AFTER your inauguration, when the entire world sent you a rejection notice.

I expect you won’t like what I’ve said here, and so much so that you will try to shut this website down. That doesn’t matter, because you see, where I am is a place all of America is. You seem to think you hold the power to shut down the MINDS and CONSCIOUSNESS of every American, you DON’T. We won’t stop.

You seem to think that attacking media for reporting things you don’t like is your right. You appear to think that executive power includes control of the nation’s press. As an American and a journalist, let me remind you that your oath of office is to protect the US Constitution. You apparently are not familiar with that document, so here is the 1st Amendment to it, protecting the media from what you threaten them with. To act against the 1st Amendment is a violation of your oath and is an impeachable offense.

“Congress shall make no law respecting an establishment of religion, or prohibiting the free exercise thereof; or abridging the freedom of speech, or of the press; or the right of the people peaceably to assemble, and to petition the Government for a redress of grievances.”

Shape up, or we will ship you out as easily as you were shipped in. 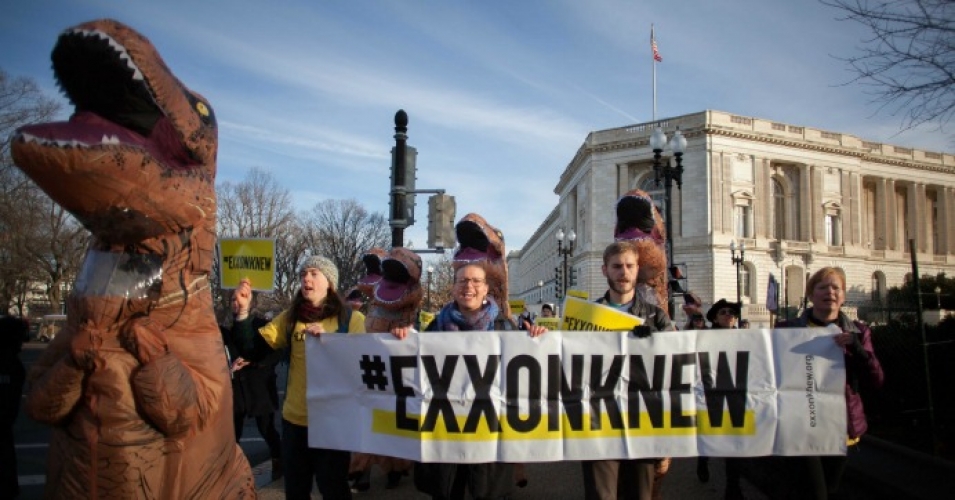 When pressed by Sen. Tim Kaine (D-Va.) about the major charges unearthed by the ongoing ExxonKnew investigation—namely, that the oil company hid evidence going back to the 1970s of how the burning of fossil fuels impacts the climate, and funded misinformation campaigns to spread skepticism about growing scientific consensus—former Exxon CEO Tillerson “essentially pled the fifth,” said Oil Change International executive director Stephen Kretzmann. END_OF_DOCUMENT_TOKEN_TO_BE_REPLACED 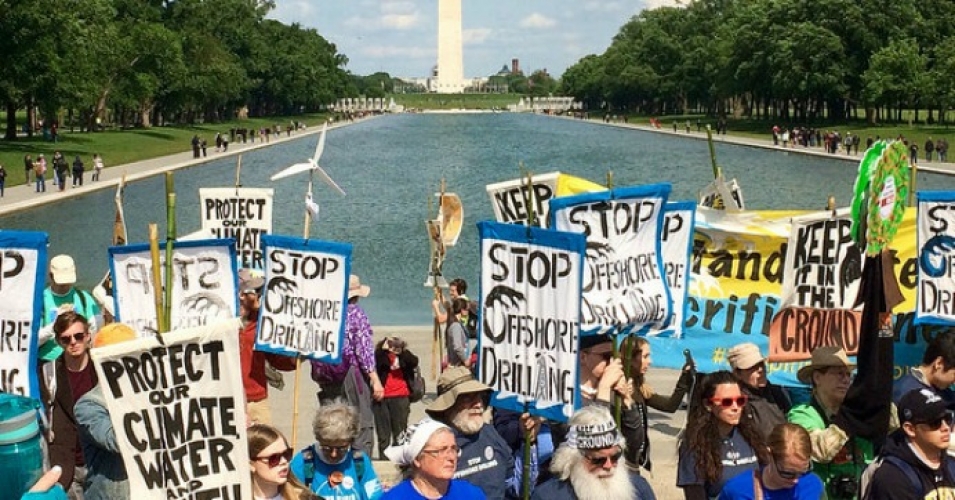