Trump told reporters in his Sunday press conference that the U.S. is entitled to Syria’s oil following the withdrawal of troops from the northeastern region of the country bordering Turkey. The president pulled soldiers out of the area earlier this month, while deploying troops to other parts of the country to protect oil fields from ISIS. END_OF_DOCUMENT_TOKEN_TO_BE_REPLACED 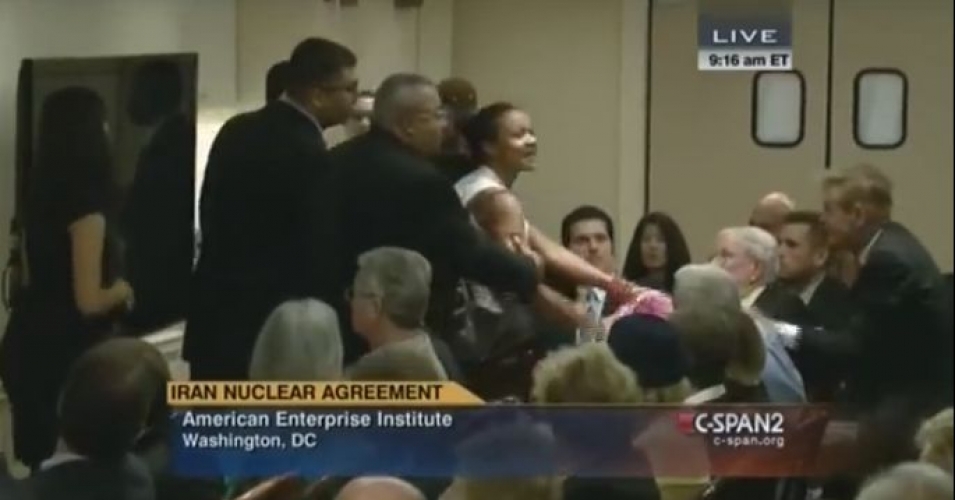 “Dick Cheney is a notable war criminal, has committed atrocities during his time as vice president and beyond, and is a known supporter of torture,” said Michaela Anang of CODEPINK. (Screenshot: C-SPAN)

The nuclear agreement between the U.S., Iran, and other world powers cleared an important congressional hurdle in Washington, D.C. on Tuesday, but don’t expect former vice president Dick Cheney to be happy about it.

Despite holding no elected office, former vice president Dick Cheney has emerged as one of the most visible—and hawkish—opponents of the Iran deal, delivering a blistering speech Tuesday morning alleging that the accord “will give Iran the means to launch a nuclear attack on the U.S. homeland.” END_OF_DOCUMENT_TOKEN_TO_BE_REPLACED