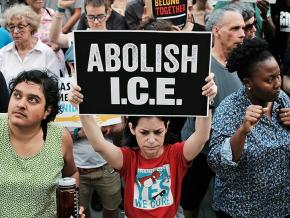 The flurry of deportations over the past several days came after a Trump-appointed federal judge in Texas last week temporarily blocked implementation of Biden’s 100-day deportation moratorium, a ban that could have prevented some—though, given its limitations, likely not all—of the latest removals. END_OF_DOCUMENT_TOKEN_TO_BE_REPLACED