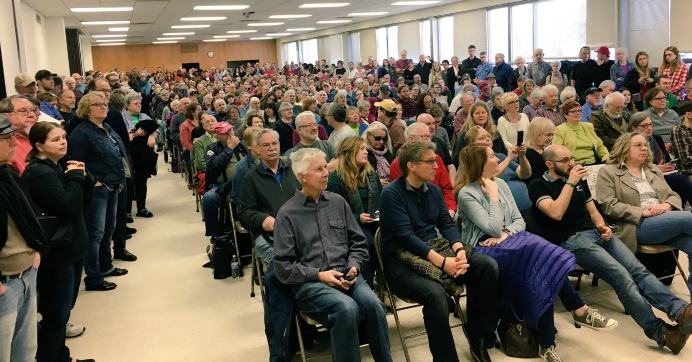 Energized crowds in New York, South Carolina, and Wisconsin on Saturday morning gave lawmakers a hint of what awaits them in their home districts during the upcoming Congressional recess.

The Buffalo News reported that “[h]uge crowds of raucous progressives and quieter conservatives overwhelmed [Republican] Rep. Tom Reed’s town hall meetings in Ashville and Cherry Creek Saturday morning, with the progressives repeatedly interrupting and shouting down the congressman’s comments as he tried to defend Republican plans to repeal and replace the Affordable Care Act.”

In Ashville, N.Y., so many people showed up that the meeting had to be moved outside to a parking lot.  END_OF_DOCUMENT_TOKEN_TO_BE_REPLACED