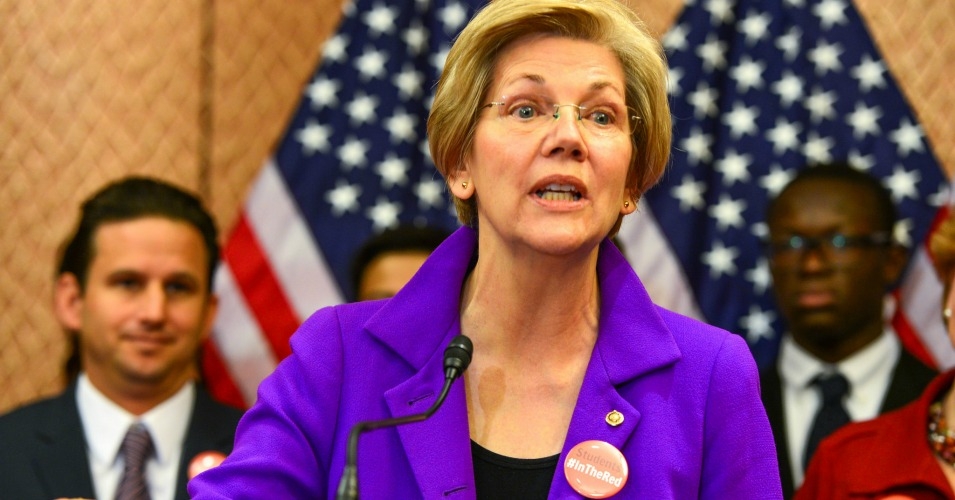 In January, Elizabeth Warren was among a group of Senate Democrats who unveiled a legislative package to address college affordability. (Photo: Senate Democrats/flickr/cc)

Can the U.S. Department of Education be trusted to protect the millions of Americans with federal student loans?

U.S. Sen. Elizabeth Warren (D-Mass.), who has tussled with the federal agency before, isn’t so sure.

She said as much in a letter (pdf) sent Thursday to acting Education Secretary John King Jr., in which she describes an independent audit published this week as “a stunning indictment of the Department of Education’s [DOE] oversight of student loan servicers, exposing the extraordinary lengths to which the Department will go to protect those companies when they break the law.” END_OF_DOCUMENT_TOKEN_TO_BE_REPLACED