Refugees flee their homes destroyed by a neoliberal thirst for cheap oil, while in the recipient countries the same forces have ruined many lives. 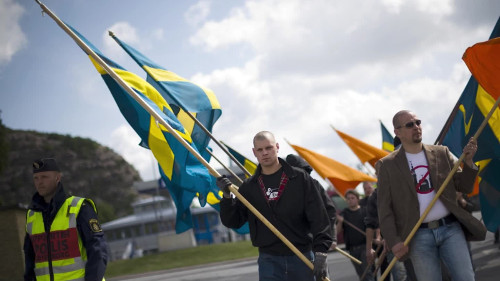 “Burn all of them down, but first nail the doors and windows shut.”

”If you want to achieve the full effect, wait until the house is full of people.”

These are just two examples of the several thousand remarks left by Sweden Democrats’ online following the most recent case of arson; an incident that left a home sheltering 14 refugees destroyed. One Internet thread detailed the various recipes and necessary ingredients to make napalm.

The formerly obscure and enfeebled Sweden Democrats (SD) – a far right, anti-immigrant, nationalist party whose roots are in neo-Nazism – has been transformed into one of the most potent political forces in Sweden. By transmogrifying immigrants into villains – enemies of both the welfare state and Swedish values – the party has gleaned over 25 percent of the popular vote. END_OF_DOCUMENT_TOKEN_TO_BE_REPLACED