In the last 48 hours of the news cycle, two stories have emerged that specifically point to one of the causes of rising xenophobia sweeping across the country. 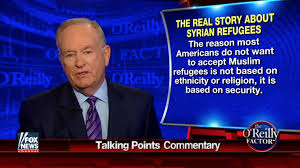 In Minneapolis, the press described the perpetrators of violence as “white supremacists” when a protest of the Black Lives Matters movement witnessed 5 participants being wounded.

Most recently, a shooting at a Planned Parenthood Clinic in Colorado Springs described the person as a “perpetrator,” “shooter,” or “suspect.”

When the attacks in Paris occurred on November 13, all news accounts accurately identified those involved in the attack as “terrorists.”

Terror is not a term that depicts culture, race or ethnicity. It is a term that defines the intent of those who use its tactics as a weapon: violence that is committed by a person, group, or government in order to frighten people and achieve a political goal.

All three of these stories are clearly incidents of terror taken from recent headlines. Yet, only once are the criminals described as terrorists. This refusal depicts a deeper divide in the way in which stories are reported: “Us vs. Them” is western white civilization against everyone except western white civilization. The last time the term “terrorist” was applied to a white caucasian was in the cases of Timothy McVeigh and Erich Rudolph, prior to 9/11.

Never before have we seen a public shift in opinion as quickly as we have seen on this issue. At the end of August, when a 3-year-old Kurdish boy’s body washed up on the shores of the Aegean Sea, the photo went viral and the international outcry was to help the Syrian refugees. After the Paris attacks, those same doors that had just been flung open were slammed shut in the faces and hopes of refugees with no where to go and no one to protect them.

In America, presidential candidates talked about ankle bracelets, arm bands and “centralized camps” for Muslims, and a requirement to register in a national database. America threw all Constitutional rights, human rights and history out the window with the bathwater in the clamor to “one-up” the last attack on Muslims, all to make a political point. And the result has been to create an atmosphere of total fear in every Muslim community in America possible.

Muslims in America fear ISIS and now fear those that believe they are part of ISIS just as much. This misconception is brought about in part by a western news media that continuously describes attacks by Muslim extremists as terror and acts by caucasian terrorists as anything but a terror attack carried out by a terrorist.

Until we call them what they truly are, terrorists will win by virtue of the way we report their crimes. Don’t call a terrorist a shooter, lone wolf, perpetrator, mentally ill person, white supremacist, gunman, suspect, or by any other name used to soften the impact on the society in which the crime occurred.

The only other choice is to strike the word terror or terrorist from usable words to describe violence that is committed by a person, group, or government in order to frighten people and achieve a political goal.

Come to think of it, isn’t that what these candidates are actually doing?