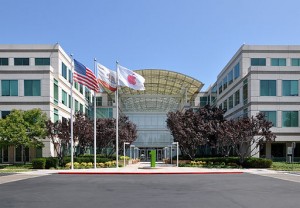 While we were being distracted over the last couple months by stories of bridge closings, sporting events and the like, a few outlets actually found the time to do some real reporting on real news. One of the stories you probably missed is that of Michael Bromwich. You’re probably thinking “Michael who?” Michael is the Washington lawyer appointed by a Federal judge to monitor Apple to make sure they comply with antitrust regulations.

Last summer, Apple was caught conspiring with five publishers to fix prices for e-books. This in turn led to Judge Denise Cote assigning Bromwich to monitor Apple for compliance with antitrust laws. As part of his investigation, Bromwich has done what you’d expect him to do if he was doing his job by requesting interviews with Apple management (including Tim Cook, Apple’s CEO).

This has Apple up in arms. They’re arguing that by requesting these interviews, Bromwich is “interfering with their daily operations”, and is acting like an “unchecked independent prosecutor.” They also claim that he is “using the inquiry as a way to make money for himself and his consulting firm.” This charge’s logic escapes me to be honest; I thought that’s why lawyers were in the business- to make money.

And, Apple’s enlisted some strong allies in their fight against this “unwarranted interference.” The Wall Street Journal published an article screaming about government overreach and how Bromwich would be wanting to “disinter Steve Jobs” if he wasn’t stopped. But, why the panic? Why are Apple and their investors so determined to stop the investigation?

Maybe it’s because price fixing is just the tip of the iceberg. For example, Apple has a system in place where any apps for their mobile devices not purchased through the App Store can lead to Apple shutting off your device. They use special screws so that only Apple or your local Apple Care rep can open your device, thus eliminating competition when it comes to simple repairs like replacing a battery. Their practice of patenting everything under the sun to stifle competition in the smartphone market is well documented. They’ve also locked schools into using certain texts due to their dominance of the tablet market. We could also talk about Apple’s deplorable record as far as labor rights and safety in the Foxconn plants used to manufacture their devices go, but that’s a different subject (and future post).

At a hearing three weeks ago, Judge Cote told Apple to stop wasting time with its complaints and cooperate with Bromwich. She further said that if Apple had any problems with Mr. Bromwich, it was up to Apple to settle them with the Justice Department, and not for the court to do so. Will she hold firm? Let’s hope she does. Between banking most of its profits overseas to avoid paying taxes, its callous disregard of antitrust laws and its exploitation of its work force, Apple is the prime example of a good company gone bad.

It only takes one bad Apple to spoil the lot…