Order sanctioning citizen direct action called “one of the boldest moves to stop the natural gas industry’s attacks on our communities, climate and democracy.” 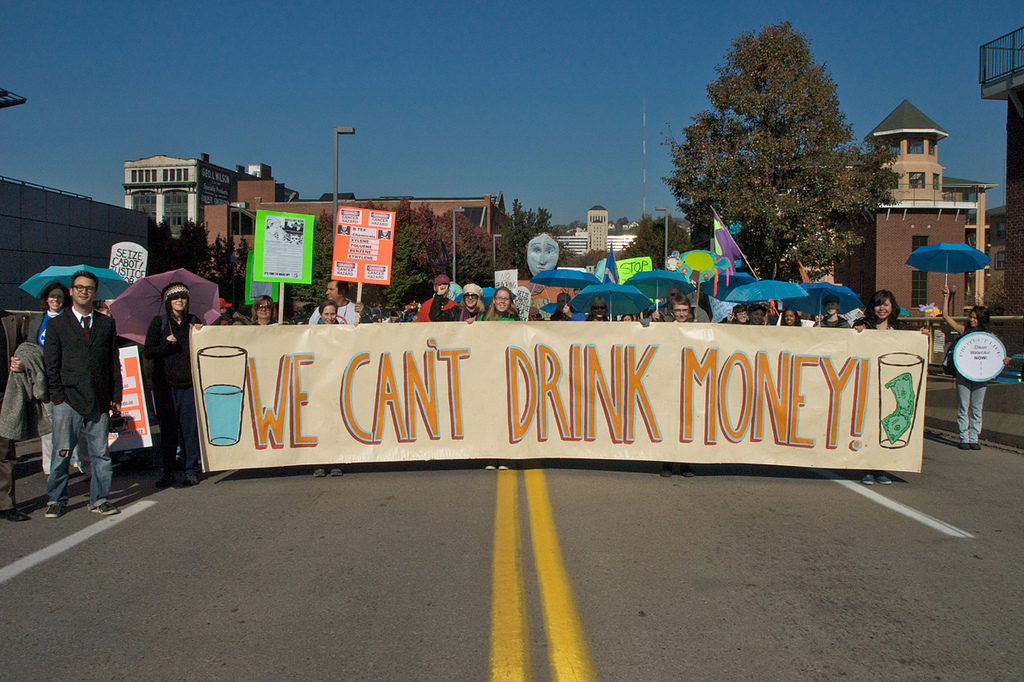 The community is Grant Township, Pa., which, in November 2015, had fought off the Pennsylvania General Energy Company (PGE) and the Pennsylvania Independent Oil and Gas Association (PIOGA), assertion that fossil fuel companies had a ‘right’ to inject wastewater by adopting the country’s first municipal charter establishing a local bill of rights codifying environmental and democratic rights.

But facing ongoing litigation with PGE, the township has taken another creative approach to protect itself by passing a new ordinance on Tuesday that protects those taking direct action to uphold the charter from arrest. According to a press release from Community Environmental Legal Defense Fund (CELDF), which has helped the township craft its charter and wage its legal battle:

If a court does not uphold the people’s right to stop corporate activities threatening the well-being of the community, the ordinance codifies that, “any natural person may then enforce the rights and prohibitions of the charter through direct action.” Further, the ordinance states that any nonviolent direct action to enforce their Charter is protected, “prohibit[ing] any private or public actor from bringing criminal charges or filing any civil or other criminal action against those participating in nonviolent direct action.”

“We’re tired of being told by corporations and our so-called environmental regulatory agencies that we can’t stop this injection well!” stated Grant Township Supervisor Stacy Long. “We’re being threatened by a corporation with a history of permit violations, and that corporation wants to dump toxic frack wastewater into our Township.”

Long continued, “I live here, and I was also elected to protect the health and safety of this Township. I will do whatever it takes to provide our residents with the tools and protections they need to nonviolently resist aggressions like those being proposed by PGE.”

Among those expressing support for the ordinance is noted climate activist Tim DeChristopher, who said, “I’m encouraged to see an entire community and its elected officials asserting their rights to defend their community from the assaults of the fossil fuel industry.”

He took to Twitter to praise the move as well, calling it “one of the boldest moves to stop the natural gas industry’s attacks on our communities, climate and democracy.”