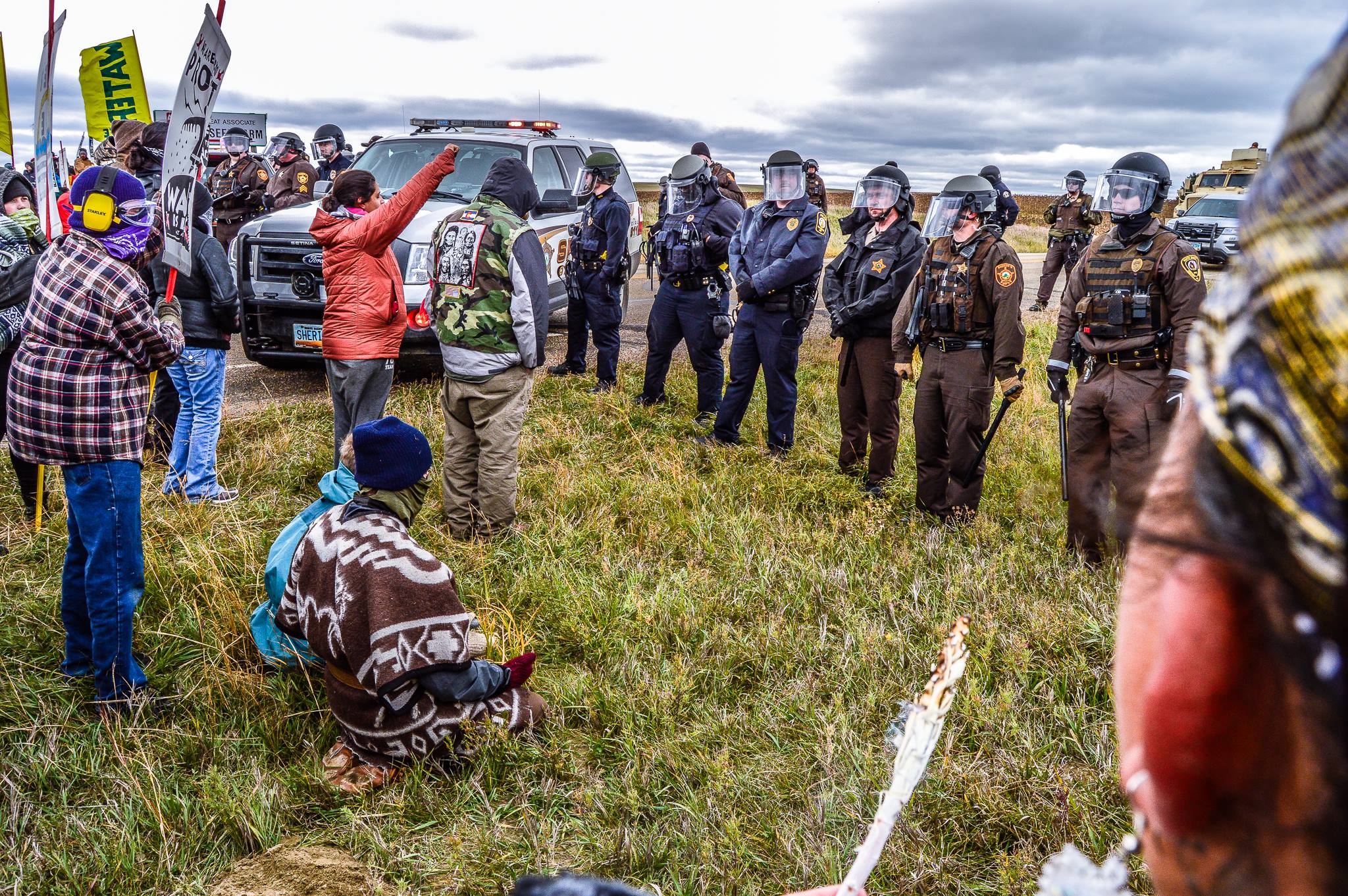 North Dakota — Militarized Dakota Access Pipeline police celebrated Columbus Day in truly fascistic fashion when they descended upon peaceful protesters and began mass arresting as many of them as possible. According to the Morton County Sheriff’s Department, 27 water protectors were arrested Monday, two of whom were charged with felonies for chaining themselves to pipeline construction equipment.

The mass arrests of Native American protesters and allies on Columbus Day comes just a day after the U.S. Court of Appeals denied the Standing Rock Sioux Tribe’s request for an injunction to stop construction of the Dakota Access Pipeline.

Well-known American actress Shailene Woodley was present during the crackdown and streamed live video for over two hours during the protest. She was arrested without being read her Miranda Rights and claimed law enforcement singled her out for being famous. When her live video stream ended, roughly 40,000 people were watching the arrest unfold.

A source close to the Sacred Stone Camp, the pipeline opposition location in North Dakota, tells Anti-Media law enforcement are using videos and photos on social media to identify other people accused of trespassing and issuing warrants for their arrest.

Not lost amid the chaos in North Dakota is the dark irony of the entire situation. On a day the U.S. government has designated to celebrate Christopher Columbus’ “discovery” of America, Native Americans who view Columbus as a genocidal conqueror continue to be oppressed. And the United States’ long tradition of evicting and brutalizing Native Americans, the original inhabitants of America, goes on — this time in the name of an oil pipeline.

Nick Bernabe founded Anti-Media in May of 2012. His topics of interest include civil liberties, the drug war, economic justice, foreign policy, geopolitics, government corruption, the police state, politics, propaganda, and social justice. He currently resides in Chula Vista, California, where he was born and raised.