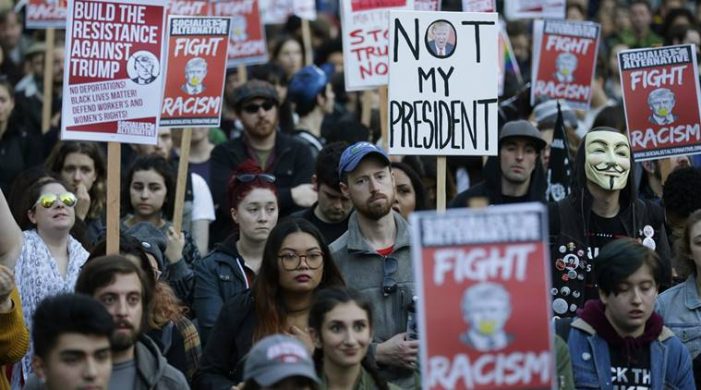 Republican lawmakers around the country are pushing legislation that would criminalize and penalize nonviolent protest, apparently anticipating an upswell of civic engagement during the coming Trump administration.

Spencer Woodman reported at The Intercept Thursday on the anti-protest bills proposed in Iowa, Michigan, Minnesota, Washington, and North Dakota.

“Over the past few weeks, Republican legislators across the country have quietly introduced a number of proposals to criminalize and discourage peaceful protest,” Woodman wrote.

Among a swath of bills proposed in North Dakota that would allow police to crack down further on public protests, the state legislature put forth one that would legalize running over protesters, as Common Dreams reported.

It appears GOP lawmakers in other states are thinking similarly.

In Minnesota, a bill introduced by Republicans last week seeks to dramatically stiffen fines for freeway protests and would allow prosecutors to seek a full year of jail time for protesters blocking a highway. Republicans in Washington state have proposed a plan to reclassify as a felony civil disobedience protests that are deemed “economic terrorism.” Republicans in Michigan introduced and then last month shelved an anti-picketing law that would increase penalties against protestors and would make it easier for businesses to sue individual protestors for their actions. And in Iowa a Republican lawmaker has pledged to introduce legislation to crack down on highway protests.

“A law that would allow the state to charge a protester $10,000 for stepping in the wrong place, or encourage a driver to get away with manslaughter because the victim was protesting, is about one thing: chilling protest,” Woodman added.