“In today’s world of severe economic insecurity, creativity in social policy is necessary.” 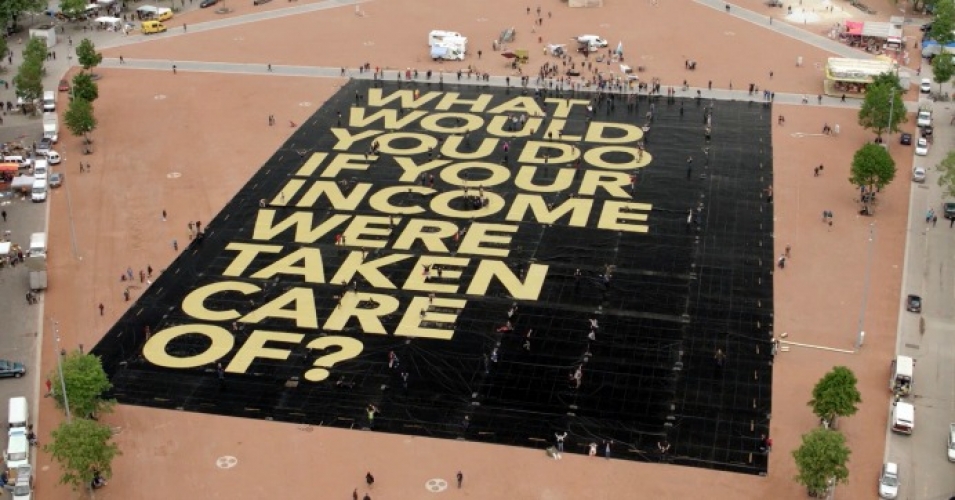 U.N. special rapportuer Philip Alston says a “basic income offers a bold and imaginative solution to pressing problems that are about to become far more intractable as a result of the directions in which the global economy appears inexorably to be heading.” (Photo: Generation Grundeinkommen/flickr/cc)

Amplifying the call for a universal basic income, a United Nations expert has presented a report describing the idea as “a bold and imaginative solution” at a time of growing economic insecurity.

“People feel exposed, vulnerable, overwhelmed, and helpless and some are being systematically marginalized both economically and socially,” Philip Alston, U.N. Special Rapporteur on extreme poverty and human rights, told the Human Rights Council. “But the human rights community has barely engaged with this resulting phenomenon of deep economic insecurity,” he said.

His report challenges the human rights movement to broaden its scope and recognize “the profound challenges” of economic insecurity, which represents “a fundamental threat to all human rights,” and “now afflicts not just the unemployed and the underemployed, but also the precariously employed and those likely to be rendered unemployed in the foreseeable future as a result of various developments.”

“There’s a clear right to be able to live in dignity, to enjoy a decent standard of living to get access to education, healthcare, and so on. All of these things are fundamentally linked to human rights,” he said during a Facebook live event earlier this month.

Among the factors necessitating this expanded vision of human rights, he says, are the “Uber economy,” referring to precarious employment, zero hours, and outsourcing; the “rapid and seemingly unstoppable growth in inequality across the globe”; increasing job automation; and “The ascent of a new neoliberal agenda, which involves further fetishization of low tax rates, demonization of the administrative State, deregulation as a matter of principle, and the privatization of remaining State responsibilities in the social sector, [which] risks leaving the State in no position to protect or promote social rights.”

“In many respects, basic income offers a bold and imaginative solution to pressing problems that are about to become far more intractable as a result of the directions in which the global economy appears inexorably to be heading,” Alston writes.

“While there are many objections, relating to affordability in particular, the concept should not be rejected out of hand on the grounds that it is utopian. In today’s world of severe economic insecurity, creativity in social policy is necessary,” he adds.

Though the idea of a universal basic income is far from new, is hasn’t gained ground is the U.S.. The state of Hawaii, however, could change that, as a bill requesting the creation of a “basic economic security working group” recently passed the state’s legislature.

The idea also got a boost last month from historian Rutger Bregman’s talk at TED2017 in Vancouver. “Just imagine how much talent we would unleash if we got rid of poverty once and for all,” he said in his talk on the concept of a universal basic income.

“The time for small thoughts and little nudges is past,” according to Bregman. “The time has come for new, radical ideas. If this sounds utopian to you, then remember that every milestone of civilization—the end of slavery, democracy, equal rights for men and women—was once a utopian fantasy too.”