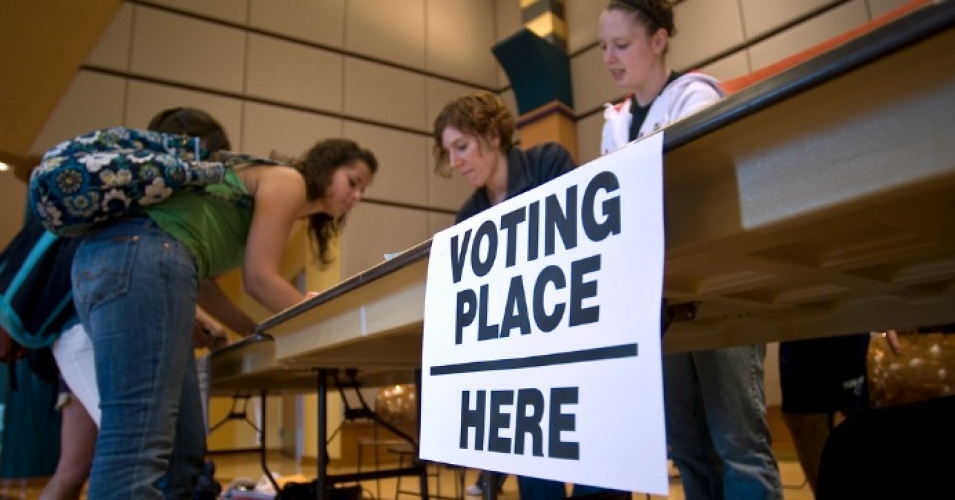 The 1939 law, which applies to Kobach in his role as committee vice chair, bars federal employees from using their “official authority or influence for the purpose of interfering with or affecting the result of an election.”

On Monday, the Lawyers’ Committee for Civil Rights Under Law filed a complaint against Kobach, saying he has done just that, taking advantage of his new position to promote his recently-announced bid for Kansas governor.

In fact, the complaint says, “He has done so in multiple settings—including on his campaign website, on his official campaign social media accounts, and in his public appearances.”

“A Presidential Commission that could greatly affect our nation’s electoral system must operate free of partisan influence or ulterior motives. By exploiting his Commission role to promote his candidacy for governor, Mr. Kobach has raised serious doubt as to both,” said Daniel Jacobson, one of the attorneys for the lawyers group.

Among the concerns the complaint points to are Kobach’s campaign Twitter and Facebook pages, which “collectively contain at least 28 different posts in which Mr. Kobach has described his work on the Commission.”

In addition, the group points out, his campaign website “includes two television interviews that Mr. Kobach conducted on Fox News and MSNBC on June 30, 2017, both of which focused entirely on Mr. Kobach’s work on the Commission.”

Further prompting concern that he’s violated the law, the group says, are several campaign appearances in which he talks about his role on the commission.

“Kris Kobach appears to be using his official role as head of the so-called Election Integrity Commission to promote his candidacy for Governor of Kansas,” said Kristen Clarke, president and executive director of the Lawyers’ Committee for Civil Rights Under Law. “The Hatch Act’s central purpose is to prevent federal employees from using their official position for electoral purposes.”

“We deem the President’s Election Integrity Commission to be a baseless tool to promote voter suppression and Mr. Kobach’s unlawful abuse of his role as head of the Commission for partisan ends only underscores the illegitimacy of the Commission itself. The separation of official and campaign business is critical to ensuring that partisanship does not infect official government business,” Clarke added.

A spokesperson for Kobach dismissed the complaint as “nothing but a bunch of liberal lawyers trying to create a story.”

Since the commission last week sent out its request to every state for voter names, birthdays, the last four digits of their Social Security numbers, felony convictions, military status, and voting history, it’s been met with bipartisan rebuke. As CNN reported Monday, those not rejecting the request are now the outliers.

At this point, if your Sec of State / Election board is complying with the Kobach letter, they’re an outlier and have some explaining to do. https://t.co/Wv8NrU1Tu8

As of Monday afternoon, three states—Florida, Idaho, and Nebraska— are still reviewing the commission’s request. Another three states—Hawaii, New Jersey, and Wyoming—have not returned CNN’s request for comment. And while seven states are still awaiting a letter from the commission, four of them—New Mexico, Michigan, South Carolina, and West Virginia—have already pledged not to provide voters’ private information.

Among those who’ve just rejected the information demand is Arizona Secretary of State Michele Reagan, a Republican.

“Without any explanation how Arizona’s voter information would be safeguarded or what security protocols the Commission has put in place, I cannot in good conscience release Arizonans’ sensitive voter data for this hastily organized experiment,” she stated Monday evening.

Maryland delivered a sharp rebuke on Monday as well.

“The assistant attorneys general representing the State Board of Elections have considered the request to the Board for the personal information of millions of voters and have determined that the requested disclosure is prohibited by law,” Attorney General Brian E. Frosh said in a statement.

“I find this request for the personal information of millions of Marylanders repugnant; it appears designed only to intimidate voters and to indulge President Trump’s fantasy that he won the popular vote,” he said.