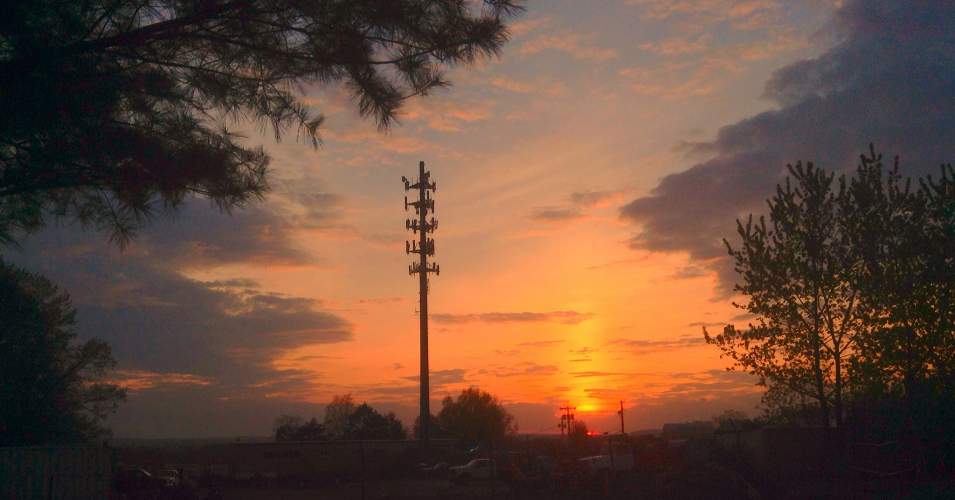 The case, known as Carpenter vs. United States centers around Timothy Carpenter, who was convicted in 2011 of several robberies after the police, without a probable cause warrant, gathered data from his cell phone company. Months of records were turned over, showing that he had been near cell towers close to the sites of the robberies when they took place.

“Because we always have our cell phones with us, their location history reveals a lot about our personal lives,” said American Civil Liberties Union attorney Nathan Freed Wessler, who is representing Carpenter in the case, in a statement. “This is exactly the kind of private information the Fourth Amendment was designed to protect.”

In the past, the Supreme Court has argued that Americans should not have an expectation of privacy when turning over information to a third party, as one does when making a phone call that gets routed through the phone company, placing money in a bank that keeps bank records, and ostensibly, using a cell phone that communicates with cell phone towers.

“The government’s argument, based on rulings from the analog era, would free it to get comprehensive records of what websites we view, what Google searches we enter, and even our voice commands to smart devices—without constitutional limit,” said Wessler. “It’s 2017, not 1977, but people have the right to expect that their everyday movements and thoughts will not be freely available to the government without a warrant.”

The ACLU’s case has won the support of tech and telecom giants including Google, Apple, Facebook, Twitter, and Verizon, which filed an amicus brief (pdf) arguing that the Court’s understanding of digital privacy must be re-evaluated in an era when millions of Americans send information through social media, email, and their cell phones multiple times a day.

“No constitutional doctrine should presume that consumers assume the risk of warrantless government surveillance simply by using technologies that are beneficial and increasingly integrated into modern life,” wrote the companies.

In op-ed in The Guardian earlier this week, however, civil liberties attorneys Jameel Jaffer and Alexander Abdo argue that case is about much more than privacy rights alone.

The implications are far-reaching, argue Jaffer and Abdo, because citizens who know they are under constant watch by a powerful government will certainly alter their behavior.

The two attorneys represent a group of 19 techonologists who filed their own amicus brief regarding the case, arguing that “with very few data points, an analyst can learn whether a given person attended a public demonstration, attended a political meeting, or met with a particular activist or lawyer. With more data, an analyst can identify social networks and learn not only whether a given person was at a public demonstration but who else attended the demonstration with her.”
The Reporters Committee for Freedom of the Press also argued ahead of the case that journalists must be protected from warrantless seizure of cell phone records.
A reporter’s cell phone location data “can disclose particularly sensitive details about the journalistic process: It can reveal the stories a journalist is working on before they are published, where a journalist went to gather information for those stories, and the identity of a journalist’s sources…Exposure of sources and journalistic methods can put sources’ jobs and lives at risk, compromise the integrity of the newsgathering process, and have a chilling effect on reporting.”

At Wired, Andrew Selbst and Julia Sicona argued that the Supreme Court must move past the outdated notion that cell phones are a luxury item that Americans acquire voluntarily—and have instead become a necessity in daily life, particularly for anyone who has a job or is looking for a job.

“At its core, the Carpenter case is about whether Americans’ rights to privacy should turn on whether they ‘voluntarily’ choose to have a cell phone,” they wrote. “We hope the Court realizes that it’s really no choice at all.”