Such scrutiny will affect people coming to the U.S. for work, for business, for tourism, or simply to visit family. 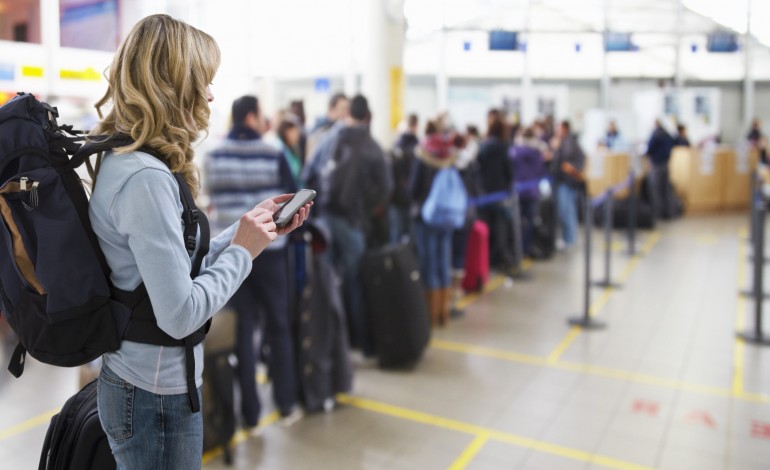 Photo: The Next Big Thing

Spring break. It’s a vacation I am getting used to now that I have school-age children. I figure I’ve got 10 good years before my older daughter will start college and spending spring break with me will be the last thing she’ll want to do. We visited Disneyland—along with what felt like a million other people—and I realized the place is really a series of terminally long lines. Standing in those lines gives you an opportunity to listen to languages and accents from all over the world.

It made me appreciate just how tourist-dependent many entertainment attractions in this country are.

And if we believe that U.S. Department of Commerce figures for the first part of 2017 represent any kind of trend, then the crowds we’re seeing these days might well be on the decline. The Commerce Department report showed that international travel to the U.S. was down more than 3 percent during the first seven months of last year, causing the U.S. to cede its spot as the world’s second most popular destination for foreign travel.

And how does the Trump administration respond to this disturbing course as we approach the critical summer travel season? It takes steps that would make it even tougher for visitors to come.

In March, the administration proposed a new rule to collect social media handles, including user IDs, from everyone applying for a non-immigrant visa to come to the U.S., around 14.7 million people.

I believe tourism is down in part because of the current global perception of the U.S., which under the leadership of Donald Trump has not been a place to admire. On top of that, the administration last year began applying “extreme vetting” to certain groups of tourists, which also included collecting social media information. The Obama administration had started collecting such data toward the end of 2016; Trump kicked it up a few notches.

It applies to all non-immigrant visa applicants, which include those seeking work and student visas, as well as people visiting for humanitarian reasons.

I believe this simple sentence is going to have some far-reaching ramifications. What standard will be used? Can posting a meme criticizing the president, for example, result in a visa denial? Will they make arbitrary assumptions about religious extremism if one posts something about, say, religious holidays?

We already have a Muslim ban, and as we’ve seen with this administration, arbitrary and capricious decisions are the norm—not the exception.

Generally, when someone is denied a tourist visa, there is no appeal. There is no one to complain to or from whom to seek redress. Though you can apply multiple times, it will be hard to overcome those initial decisions.

Using social media information to determine the entirety of one’s eligibility and worthiness to visit the U.S. is misguided. Our presence on Instagram and Twitter is not the truest reflection of who we are. And, more importantly, those who actually have ill intent toward the U.S. are unlikely to state it publicly on their Facebook pages.

Yet, this is where we are. It is unreasonable and wrong to inquire into people’s personal lives by requiring them to provide their social media handles. Such scrutiny will affect people traveling to the U.S. for work, for business, for tourism, or simply to visit family, and ultimately will deter people from wanting to come here at all. And who would blame them?

With so much uncertainty surrounding this administration when it comes to immigration, it is important that we remain engaged. The proposed rules were introduced to the Federal Register on March 30 and the public can submit comments until May 29.

I think we all should. If you are in the U.S., whether on a visa, green card, or are a citizen, please leave a comment. Same thing applies if you are not in the U.S. but have interests here. Anyone can submit comments. You will need to leave your full name, city, state, and country, but there are no restrictions. Here are some tips on how best to submit comments.

Of course, there’s no guarantee the administration will take comments into account when making its final decision. But a mountain of lawsuits since Trump took office has provided enough incentive for his administration to go through the motions—if only for appearance’s sake.

Today, the lines at Disneyland and other destinations are full of domestic and international tourists. But should these rules take effect, I’m convinced the number of international tourists will drop. And while the U.S Travel Association reports that last year’s decline in tourism resulted in a loss of $4.6 billion and 40,000 jobs, the future loss will be significantly higher and the ripple effect unquantifiable.

About the author: Tahmina Watson wrote this article for YES! Magazine. Tahmina is a Seattle-based immigration attorney and author of the book, “The Startup Visa: Key to Job Growth & Economic Prosperity in America.” She is also host of the podcast Tahmina Talks Immigration. Follow her on Twitter @tahminawatson.

This article is republished under a Creative Commoms Attribution-NonCommercial-NoDerivatives 4.0 International license.