“Trump wants to send another kiss to the rich—unilaterally, without any approval from Congress. He ignores the law, governs for the top one percent, and doesn’t give a hoot about the rest of us.” 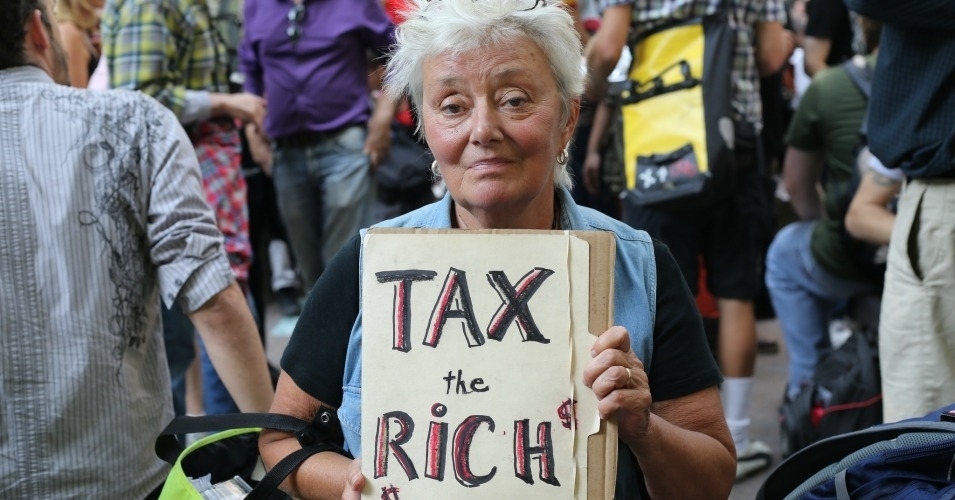 Hours after he launched yet another “direct attack” on workers by canceling a modest pay raise for around two million federal employees, President Donald Trump told Bloomberg on Thursday that he is considering a regressive and possibly illegal plan to use his executive power to hand the rich another $100 billion in tax cuts by indexing capital gains to inflation.

“There are a lot of people that love it and some people that don’t,” Trump said of the plan, which would disproportionately reward the top 0.01 percent of Americans. “But I’m thinking about it very strongly.”

Trump’s Oval Office interview with Bloomberg came shortly after the president announced in a letter to congressional leaders that he is freezing a planned 2.1 percent pay increase for federal workers just ahead of Labor Day, claiming that “federal agency budgets cannot sustain such increases.”

But for Trump and the Republican Party, concerns for “fiscal sustainability” are quickly dropped when it comes time to deliver major gifts to the rich, Wall Street, and the Pentagon.

Today Donald Trump announced that he was instituting a real pay cut for 635,000 veterans, including 260,000 veterans with disabilities.

He also announced that he was considering giving another tax break to the richest 1 percent of Americans.

“Hours after cheating millions of middle class workers, Trump wants to send another kiss to the rich—unilaterally, without any approval from Congress,” Rep. Bill Pascrell (D-N.J.) wrote on Twitter late Thursday. “He ignores the law, governs for the top one percent, and doesn’t give a hoot about the rest of us.”

In a Facebook post responding to Trump’s decision to cancel federal employees’ pay raise—which was set to take effect in 2019—Sen. Bernie Sanders (I-Vt.) wrote that Trump is once again “making it clear he has no interest in supporting working people.”

“Trump himself has pocketed millions over the years grifting off of taxpayers, but now he wants to make it harder for workers to get ahead,” Sanders added. “Trump and his Republican friends in Congress didn’t have any problem finding $1.5 trillion in tax giveaways for the wealthiest people and hugely profitable corporations, but suddenly they don’t have enough money to pay fair salaries to hardworking public servants.”

Indexing capital gains to inflation—a move that the Trump White House has been considering for weeks—would primarily benefit the richest Americans, given that millionaires pay the vast majority of capital gains taxes. According to the New York Times, 86 percent of the benefits of this change in tax policy would go to the top one percent.

In a Twitter thread on Thursday, Seth Hanlon, a senior fellow at the Center for American Progress, detailed why indexing capital gains to inflation is “both terrible policy and illegal”:

My colleagues @schwartzandrewp and @GgrHendricks here provide an overview of why indexing cap gains will rig the economy against workers, showing how cap gains indexing is even more skewed to the wealthy than the Trump-GOP tax law (TCJA). 3/https://t.co/4Ia3RP8UpY pic.twitter.com/4MeQoQiXeg

Economists at Penn-Wharton found that indexing capital gains does nothing for economic growth. https://t.co/hmSUN8VlbY

(I guess @realDonaldTrump slept through that class.) 4/