“Four days before trial, for no apparent reason, the court eviscerated our defense, and essentially overruled itself.” 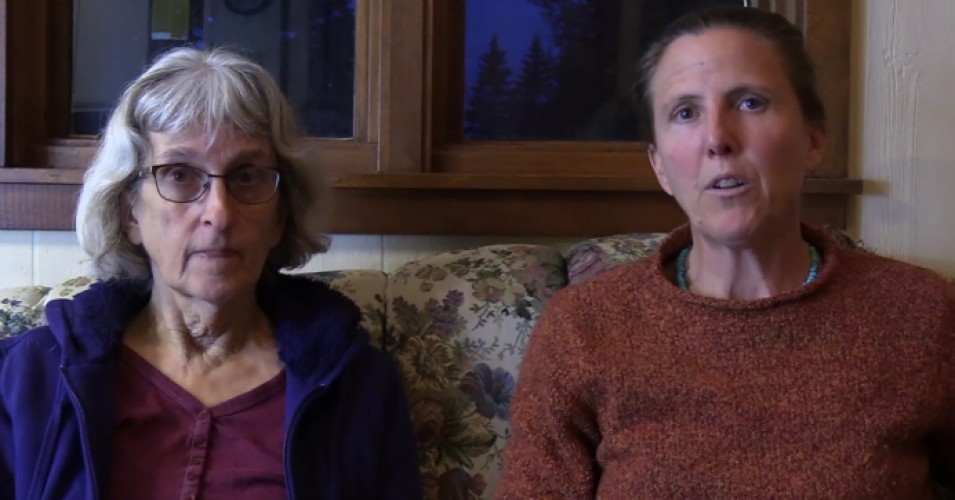 In an eleventh hour decision, a Minnesota court “eviscerated” the defense of three activists—whose landmark trial began Monday for their 2016 multi-state #ShutItDown action that temporarily disabled tar sands pipelines crossing the U.S.-Canada border—by barring experts from testifying that their civil disobedience was necessary because fossil fuels are driving the global climate crisis.

“The court barred testimony from defense experts on the barriers to effective political action for addressing climate change, the efficacy of civil disobedience historically, and the imminence of climate change,” according to the group Climate Direct Action.

While all charges against Steve Liptay, who filmed the Minnesota action, have been dropped, valve turners Emily Nesbitt Johnston and Annette Klapstein, along with their support person, Benjamin Joldersma, are still facing felony charges under Minnesota state law. Their legal team will now have to present their “necessity defense” without the slate of experts who had agreed to explain the climate crisis and the impact of civil disobedience to the jury.

This “stunning” reversal came after an appeals court ruled in April that they could present a necessity defense, a decision upheld by the Minnesota Supreme Court in June. The rulings were celebrated by climate activists and experts nationwide as courts in Washington, North Dakota, and Montana blocked requests from fellow valve turners’ on trial for the 2016 action to present such a defense.

“We were looking forward to entrusting this case to a Minnesota jury of our peers to decide after hearing expert scientists and social scientists discuss the facts of climate change and public policy,” said Klapstein, a retired attorney.

“By requiring us to establish the necessity defense, without allowing us to use our planned expert testimony to do so, the court has placed an overwhelming burden on us,” she added. “I’m baffled by the surreal nature of this court’s decision and timing.”

Jurors are supposed to be fact-finders and the moral compass of the community. But here in Bagley, the Court’s ruling has circumvented and stifled the defendant’s ability to bring their defense — and the Jury’s ability to make a fully informed decision.

“Four days before trial, for no apparent reason, the court eviscerated our defense, and essentially overruled itself,” said Johnston. “It is impossible for us to properly defend ourselves without expert testimony.”

Our dear friends @enjohnston, @benjoldersma & Annette start their #ClimateTrial with bad news, as expert witnesses like #climate scientist Dr. Jim Hansen and @billmckibben are prevented from giving testimony. But, we remain hopeful.https://t.co/gNpaKpTyA1 https://t.co/XjCi0YOqyH

Minnesota District Court Judge Robert Tiffany claimed their testimonies would be confusing to the jury, Climate Direct Action said in a statement on Monday.

“The irony is that the judge may be proving our point—we acted as we did because we know that the paralysis and myopia of the executive and legislative branches with regard to climate change mean that the political system itself must be shaken up if there is to be any hope for all of us,” Johnston noted. “We were hoping that the judiciary might show the way.”

In a blog post on the Climate Direct Action’s website, Nicky Bradford and Alec Connon explained that although many or all of the experts may be barred from testifying, the valve turners’ supporters are still “hopeful” because “Emily, Annette, and Ben are still allowed to argue the necessity of their actions.”

“Together, our three friends have the combined experience of decades’ worth of climate change activism,” the post pointed out. “They have founded organizations, lobbied politicians, written letters and op-eds, drafted and delivered petitions, spoken at marches and rallies, given lectures at universities and in high school classrooms. They carry a lot of wisdom—they may not be climate scientists, Harvard law professors, or Princeton social science scholars, as their planned expert witnesses are, but they are smart as hell and ready to present their own knowledge of the necessity to act.”

The trial in Minnesota comes as the United Nations’ leading climate science group, the Intergovernmental Panel on Climate Change (IPCC), on Monday released an alarming new report that warns without “rapid, far-reaching, and unprecedented” actions to curb planet-warming emissions from human activity, the temperature could rise to 1.5°C above pre-industrial levels by around 2040.

Klapstein and Johnston responded to the “heartbreaking update” in a video on Climate Direct Action’s Facebook page: