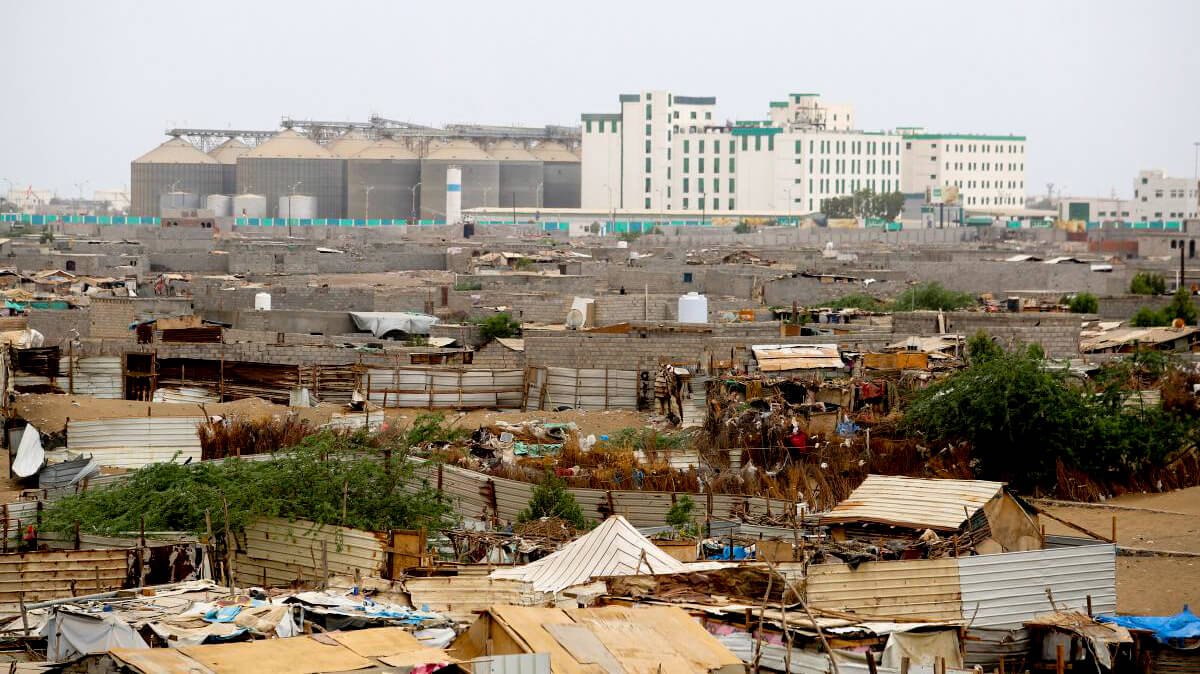 On Friday, three women were killed when Saudi border guards targeted their village in the Razeh district with artillery fire. The village has been under intensive artillery and missile attack since the Saudi-led coalition, supported by the United States, renewed its large-scale offensive weeks ago.

At least six Yemenis were also killed and three others injured by Saudi airstrikes on the town of Mastaba in the northwestern Hajjah Province. Saudi mercenary forces also fired artillery at civilian homes in Hodeida’s 7th of July district.

According to a new report by the Armed Conflict Location and Event Data Project (ACLED), a nonprofit conflict-research organization, the Saudi-led war has so far claimed the lives of at least 56,000 Yemenis.

Recent fighting in the besieged city of Hodeida places at risk an additional 600,000 civilians who are unable to flee the violence. Amnesty International has warned that civilians in Hodeida will pay a terrible price unless warring parties act immediately to protect them from the fighting.

So far, the violence has been still centered on the southern outskirts of the city, especially in the areas near the university, the international airport, and the Kilo 16 district. Fierce battles are ongoing.

Saudi-led coalition operations have begun towards the northern and the western sides of Hodeida, where first the first time since the coalition began its war on Yemen in 2015, the coalition has been successful in penetrating Houthi defenses. The Saudi coalition claims that its forces are progressing from all the sides of the city, but accounts from both the Houthis as well as local residents counter this claim.

According to a spokesperson for the Republic of Yemen Armed Forces, the Houthis and local volunteer fighters were able to draw Saudi troops and their allied mercenaries into a trap, forcing their troops into specific areas before immobilizing their supply line on the ground, rendering them effectively cut off and causing great confusion among coalition forces.

Brigadier Yahya Sari stressed that coalition air support has thus far failed to assist coalition mercenaries, saying “the mercenaries failed to evacuate their wounded and killed by helicopter, and dozens of bodies are still lying on the battlefield.”

Houthi spokesperson Mohammed Abdul-Salam said Thursday that Houthi fighters supported by local forces were able to encircle the enemy into deadly boxes, explaining that the recent escalation by the coalition fighters only managed to disperse them over the area’s deserts and valleys.

The Saudi-led attack, which can only be described as an unconscionable war crime, has taken a heavy toll on Hodeida’s infrastructure. Hospitals, schools, factories, and food supplies were utterly devastated by the coalition offensive.

One of the principal targets of coalition airstrikes was the Yemen Company for Flour Mills and Silos (YCFMS) which was being used by the United Nations World Food Program (WFP) and was destroyed after being hit with more than 10 airstrikes as well as targeted shelling in Thursday’s attack. The YCFMS facility had been responsible for milling about a quarter of the wheat flour that the WFP distributes to the war-torn country’s hungriest people.

The Yemeni Human Rights Ministry said in a statement to MintPress News that the attack on Hodeida’s grain silos, where tens of thousands of tons of wheat and flour are stored, exposed the alliance’s “criminal intent to deliberately annihilate the people of Yemen [and] control and exploit our strategic facilities.”

WFP spokesman Herve Verhoosel warned that the attack on the critical facility could impact WFP’s ability to supply up to 3.5 million people in northern and central Yemen, where the dire need for basic food is acutely felt, for months.

The attack comes amid a worsening famine in Yemen which has left thousands of families in many provinces, including Hodeida, with nothing to eat. Yemen has become heavily dependent on food imports while continued deadly ground and air attacks by Saudi-led coalition forces and their hired mercenary allies directly contribute to the risk of increased starvation on a massive scale.

The Saudi coalition has attempted to justify its attacks on food storage facilities and silos across Hodeida on the pretext that they were being used to store weapons. This comes despite a number of urgent warnings delivered prior to the airstrikes by the Ministry of Public Health and Population located in Sanaa.

On Sept. 17, a ministry statement to MintPress News warned that the Saudi-led coalition wanted to target UNICEF food stores and World Food Program grain silos in Hodeida to “push Yemenis toward starvation by various means.”

The coalition has also bombed a Yemeni dairy plant that belonged to a local owner, causing heavy damage to sections of the facility and its equipment.

The coalition’s latest escalation has resulted in a furious reaction by Yemenis toward Washington amid a rising sentiment that without U.S. support, the Saudi kingdom would be unable to sustain its offensive on Hodeida. The U.S. provides Saudi-led forces with satellite intelligence and satellite-guided radio navigation technology, air support, armaments logistical assistance.

Clearly, the 30-day window given by the Trump administration to wind down its support for Saudi Arabia’s violence in Yemen was a granting of permission to the Saudi-led coalition to begin its all-out offensive against the port city of Hodeida over the past week.”

Abdul Malik al Houthi told supporters in a televised speech broadcast that the Saudi-led attacks on Hodeida intensified when the Trump administration demanded the Saudis agree to a ceasefire within 30 days.

According to the website, Intelligence Online, Pentagon officials have been involved in planning the ]Saudi-led attack on Hodeida and have provided Saudi Arabia and the United Arab Emirates (UAE) with vital information to guide the offensive.

The website also said that Pentagon officials met in Riyadh with Saudi and Emirati commanders to plan the attack. Washington also provided two additional surveillance planes to Riyadh before the attack on Hodeida began, the website reported.

Bruce Riedel, a former official at the CIA and Pentagon, confirmed that if the U.S. and U.K. demand that King Salman immediately end the war, the war would end, as the Royal Saudi Air Force cannot operate without American and British support.

A coalition of 35 Yemeni and international NGOs have called for an immediate cessation of hostilities in Yemen, warning that the Saudi-led coalition attacks have put 14 million people on the brink of famine. The groups also called on the world to secure an immediate cessation of hostilities and to suspend the supply of arms which could be used against the people of Yemen.

The NGOs issued a statement that said :

With 14 million men, women and children on the brink of famine – half of the country’s population – there has never been a more urgent time to act  … We call on governments to redouble their efforts to guarantee unimpeded access to essential items… including through the lifeline port of Hudaydah, where civilians have been caught in renewed fighting over the past few days.”

The appeal was signed by Oxfam, Action Against Hunger, Doctors of the World, the International Federation for Human Rights, and CARE International, in addition to a number of Yemeni organizations.

Nobel laureate and Yemeni activist Tawakkol Karman — who has called for the world to end the war in her native country — said at a conference held in Istanbul on Friday that Saudi Arabia and the UAE should end their destructive intervention in Yemen and halt its support for terrorist groups, armed militias, and mercenaries.

With Donald Trump in the White House and the Republican Party controlling both the House of Representatives and the Senate for the past four years, the pressure to bring the Saudi-led catastrophe in Yemen to an end had remained elusive. But now, given the growing political will in Washington to end the war and a House that will be in Democratic Party control come January, there is no room for excuses.