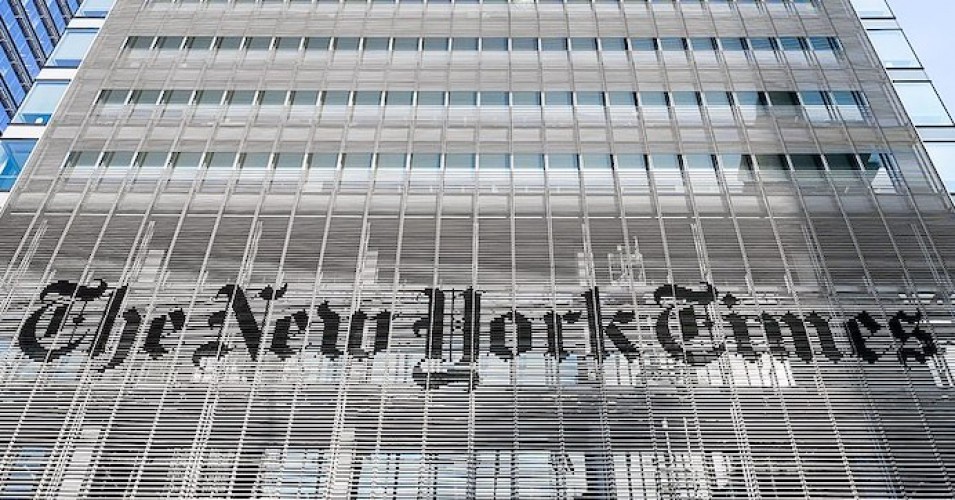 Among the staff critics was 2020 Pulitzer Prizer winner Nikole Hannah-Jones. “I’ll probably get in trouble for this, but to not say something would be immoral,” she tweeted Wednesday. “As a black woman, as a journalist, as an American, I am deeply ashamed that we ran this.”

“As a NYT writer I absolutely stand in opposition to that Tom Cotton ‘editorial,'” tweeted Roxane Gay. “We are well served by robust and ideologically diverse public discourse that includes radical, liberal, and conservative voices.” But, she continued, “This is not that. His piece was inflammatory and endorsing military occupation as if the constitution doesn’t exist.”

A number of other Times staffers, some putting their jobs at risk, responded to the publication on Twitter with a screenshot of the “Send in the Troops” op-ed and the words: “Running this puts Black @NYTimes staff in danger.”

Running this puts all black people in danger, including @nytimes staff members. pic.twitter.com/BZcbwqSfCI

Running this puts Black @nytimes staff in danger *and* it’s FUCKING DUMB AS SHIT. I stand with my colleagues pic.twitter.com/VWLzk9uyaI

Editorial page editor James Bennet sought to justify the publication, issuing a series of tweets Wednesday, saying, in part, “Times Opinion owes it to our readers to show them counter-arguments, particularly those made by people in a position to set policy.” But that explanation has done little to quell the outrage.

The decision to publish the op-ed—even as journalists covering the ongoing protests spurred by the police killing of George Floyd have already been attacked by police forces—has also spurred a sickout.

I am taking a day off from my job @nytimes for the safety of all my peers, but especially my Black coworkers. We deserve leadership and publishing decisions that do so much more than to actively endanger employees’ physical and mental health.

Over two dozen Times employees who work in technology are taking part in the protest. The group includes Minerva Archer, who explained the decision in a Thursday Twitter thread, writing that “today I feel it’s important for me to say that I’m ashamed the content management system I help build was used to publish a credulous and poorly fact-checked piece advocating for military violence against American citizens.”

But I also never expected @nytimes to publish an op-ed calling for state violence that uses multiple false and misleading claims to make its argument, and which our own journalists report is impacting their safety and ability to source stories.

I stand in solidarity with my Black colleagues. And since I first posted this, the number of employees who have called out has grown to over two dozen.

In a Wednesday night statement, the newspaper’s union responded to the Cotton op-ed, saying it “pours gasoline on the fire,” and called the Times’s decision to publish it an “irresponsible choice.”

Cotton’s “message undermines the journalistic work of our members, puts out Black staff members in danger, promotes hate, and is likely to encourage further violence,” said the statement. “Invariably, invoking state violence disproportionately hurts Black and brown people. It also jeopardizes our journalists’ ability to work in the field safety and effectively.”

The op-ed’s “lack of context, inadequate vetting by editorial management, spread of misinformation, and the timing of its call to arms gravely undermine the work we do every day,” the union said. “This rhetoric could inspire further use of force at protests—protests many of us and our colleagues are covering in person.”