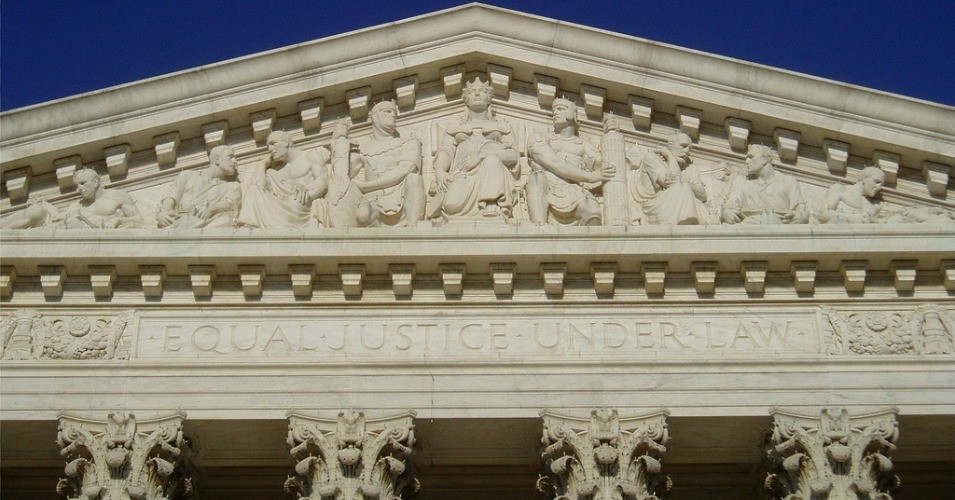 The endorsement letter (pdf) signed by professors and scholars across the country, along with a former U.S. senator and a former chief justice of the Utah Supreme Court, comes as the Senate GOP is trying to confirm right-wing Judge Amy Coney Barrett, President Donald Trump’s third nominee to the high court, before the November general election.

“We can’t face a national crisis every time a vacancy occurs on the Supreme Court,” Khanna said while announcing the Supreme Court Term Limits and Regular Appointments Act (H.R. 8424), which would allow presidents to nominate two new appointees per four-year term.

The legal experts said in their endorsement:

We are pleased that a formal legislative proposal to limit future justices to 18 years of high court service has been introduced and is advancing public discourse on court reform.

Though the bill is not perfect, we believe it to be a critical piece in prescribing how our country’s leaders can work to depoliticize the Supreme Court and its confirmation process.

Their support for the bill came just a day after Senate Judiciary Committee Chairman Lindsey Graham (R-S.C.) and the rest of the panel’s Republicans flouted their own rules—in the face of a boycott by Democratic members—and voted to advance Barrett to the full chamber.

Senate Majority Mitch McConnell (R-Ky.) said earlier this week that he expects Trump’s nominee to be confirmed on Monday, just over a week before Election Day, when Trump formally faces off against Democratic presidential nominee Joe Biden, who is leading in national polls.

Biden explained in a promotional clip of a forthcoming “60 Minutes” interview released Thursday that if he is elected, he will form a bipartisan commission of constitutional scholars to offer recommendations for “how to reform the court system,” which he said is “getting out of whack.”

While the former vice president said the possible reforms would “go well beyond packing” the court, attorney and activist Miles Mogulescu declared in an opinion piece for Common Dreams last week: “It’s time for Biden and the Dems to call bullshit! It’s Republicans who are the true court-packers.”

Mogulescu also detailed various ways that a victorious Biden and Democratic lawmakers could “begin to unpack the courts,” from increasing the number of Supreme Court justices to introducing term limits for those appointed to the nation’s highest court, noting Khanna’s bill.

“A more indirect way would be to grant statehood to the District or Columbia and Puerto Rico,” Mogulescu wrote. “This would represent justice in its own right, since residents of those jurisdictions are tax-paying American citizens without voting representation in Washington.”

“But it would also add four new senators,” he explained, “diminishing the impact of the current situation where the Republican Senate ‘majority,’ which is about to confirm Barrett on a party-line votes, was elected by nearly 15 million fewer voters than the Democratic ‘minority.'”