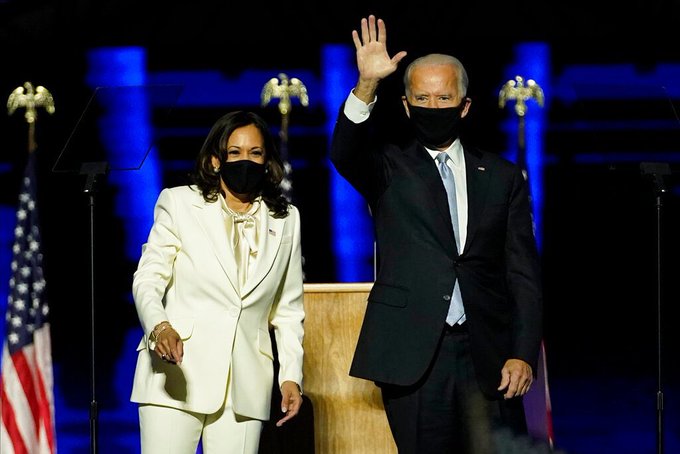 So here we are the day after Election Day—can we just call it Election Week from now on? Or Decision Month if this stretches into December?—and the presidential race again remains undecided.

For the left, this feels all too familiar, the ghost pains of 2016 throbbing in the hole where our souls used to be.

Outcome aside, the fact that this race is even close is a shocking wake-up call for those of us—myself included—who believed that, with the scales off their eyes, Americans would choose decency over crude savagery, compassion over cruelty, professionalism over abject incompetence, honesty over absolute corruption.

At least this time (and as of this writing), the odds still favor Biden. Trump is seeking a recount in Wisconsin and filing a lawsuit to stop vote counting in Michigan, but that’s because he doesn’t have the votes yet in those key swing states.

Trump needed to run the table like he did in 2016 in order to win, but he needed to do so with all the baggage of his four-year reign of chaos. Barring an electoral victory, Trump has already laid out his plan to suppress turnout, kneecap the post office, force recounts, and fight the results in court, all the way up to a newly rock-red conservative Supreme Court, to steal victory from the jaws of defeat.

For months now, he’s said this out loud. He’s a poorly written Bond villain, cackling about his ingenious plan without first making sure that 007’s handcuffs were secure.

But at least according to the undemocratic Electoral System we use to choose our president, many prognosticators warned us the tally would be close. Democrats insisted they weren’t taking this for granted. And in one sense, they weren’t. This was a hard-fought campaign. But just as we woke up in 2016 faced with the prospect of a Trump presidency and what that meant for America and the world, we’re now looking at Biden’s likely narrow win, and asking why it wasn’t a full repudiation of Trumpism.

If Joe Biden prevails in the election, the nation will still be faced with a long list of endemic problems, and it will be an uphill battle on the best of days to advance meaningful solutions. Biden, unlike Trump, at least has pledged to be the president of all Americans. But at this late stage of our pseudo-democracy, the nation needs a leader to deal with our myriad crises in public health, climate change, racial justice, economics, the rule of law, and political legitimacy. With the Republicans, whose party platform this year was abandoned in favor of “whatever Trump wants,” there won’t be any attempt to solve those problems that doesn’t involve a hefty dose of self-dealing and grift.

The truth is, the red-blue divide doesn’t stop at the state lines. Even the much-analyzed urban-rural divide is primarily one in White communities. White people are the only demographic where Trump has consistently had majority support, perhaps even now. (Exit polls suggest Trump’s support among some White men decreased, but those preliminary results also suggest both White men and White women still lean toward Trump overall.)

But the fact that a so-called urban-rural divide is even an issue is an artifact of our anti-democratic Electoral College, which causes liberal (and densely populated) cities in conservative states to be discounted, and vice versa. One of Biden’s early wins on election night was in Lexington, Kentucky (population 323,780), which as of about 3 p.m. Pacific on Wednesday, had Biden ahead with 59% of the total votes counted. Louisville, with a population of 770,517, gave Biden a similar margin. But Trump took all eight of Kentucky’s electoral votes by a nearly 63% majority.

Our national system doesn’t allow for such nuances in the body politic, or even for the popular vote to reign supreme. It’s not a stretch to see that if we chose our president by popular vote, Biden would have this in a walk—and we’d probably be waiting for returns on Hillary Clinton’s reelection right now.

Instead, what we are is a profoundly Disunited States of America. Millions of White people still chose the corrupt racist they knew over the most moderate centrist the Democratic party had to offer, because Trump promises that White people will stay on top no matter what, and Biden raised the possibility that there might be some slight adjustments to our system in favor of more equity.

Even if Biden persists, and if the Democrats fight to a slim Senate majority, necessary institutional changes that would make the country more democratic may be out of reach.

We’re increasingly going in opposite directions on nearly every significant issue, with Louisiana all but banning abortion on the same night that Colorado rejected a 22-week abortion ban, while Oregon decriminalized small amounts of street drugs.

The oft-trotted-out phrase is that a system that cannot bend will break. The fact that the nation has survived this long has been attributed to our ability to bend, to course-correct, and make adjustments as we go. President Franklin Delano Roosevelt did as much with the New Deal in the 1930s, Lyndon B. Johnson did similarly with the signing of the Civil Rights and Voting acts, and even Barack Obama, himself no radical, took us further toward an evolving standard of “modernity” with the Affordable Care Act—which now hangs in the balance, by the way, going before the majority-conservative Supreme Court on Nov. 10, even if Trump doesn’t stick around to see through its dismantling.

The work to create the “more perfect union” we were promised keeps getting harder. Joe Biden wasn’t most Democrats’ first choice, yet he may well be the one to show Trump the door. But it’s going to be an uphill slog into serious headwinds to try to keep this nation together. The existential question for the U.S. now has shifted a little, from “Will Trump destroy this country?” to “Can Biden prevent its destruction?”

We may have solved one problem, but the real work on much bigger problems remains.

This work is published under a Creative Commons Attribution-NonCommercial-NoDerivatives 4.0 International license