“American exceptionalism and denial means that no one will admit it, but between book burning, abortion bans, criminalizing trans kids, the Supreme Court’s attack on voting rights, and now this, we are truly veering on fascism.” 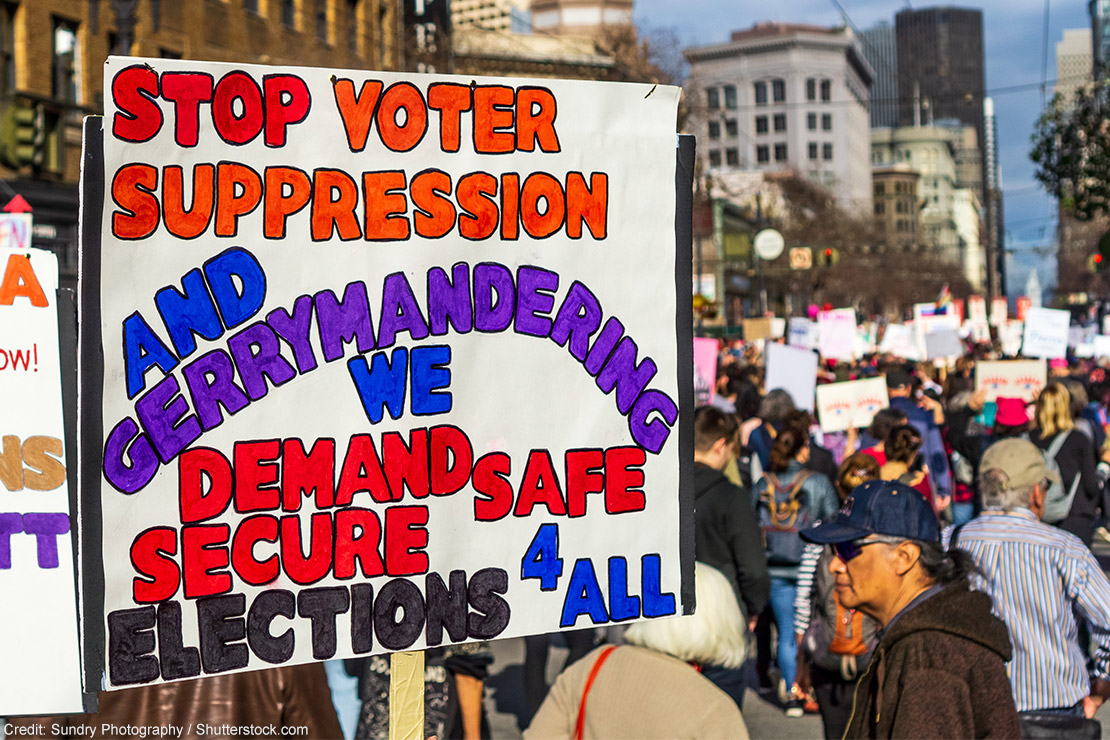 Florida is poised to establish a first-of-its-kind police force dedicated to stopping and investigating so-called “voter fraud” following the passage on Wednesday of a bill further overhauling the state’s voting system, a year after sweeping changes to election laws sparked outcry among voting rights advocates.

The Republican-led state House passed the new legislation, S.B. 524 in a vote of 76-41 on Wednesday, days after the state Senate approved the bill in a vote of 24-14. Republican Gov. Ron DeSantis, who had requested even more spending on an election police force than that $3.7 million plan that was passed, is expected to sign the bill.

The legislation will create an Office of Election Crimes and Security with a staff of 25 people to pursue charges against Floridians who are accused of fraudulent voting. The office will operate under the Florida State Department.

The measure was passed nearly a year after DeSantis signed S.B. 90, a law that bars advocacy groups from handing out food or water to voters waiting in long lines; imposes strict voter ID requirements; and made so-called “ballot harvesting,” or collecting multiple ballots, a misdemeanor.

Under the new bill, people who are found to have more than two ballots could be found guilty of a felony and face fines of up to $50,000 and five years in prison.

The measure is likely to target churches and community groups which help elderly voters and people with disabilities to cast votes, critics said, and to have a disproportionate effect on communities of color.

“So now we’re criminalizing certain acts around the elections process that most folks, particularly in the Black community, have long held as a way to assist those in need,” Genesis Robinson, political director of voting rights group Equal Ground, told The Washington Post. “To spend time in jail for simply trying to be a good neighbor, that’s a problem.”

The governor’s personal goon force will exist to do only one thing: intimidate Black voters. It’s also gonna be a felony to take your sick grandma’s ballot to a drop box for her, unless you strap her in a cart and wheel her down there with you. https://t.co/hUEiWdI6kA

In addition to the newly-created election police force, up to 10 officers in the Florida Department of Law Enforcement will be appointed to investigate alleged election crimes.

Election supervisors will be required to purge voter rolls every year instead of every two years, screening the registration lists for voters who may have moved. The practice has been used more frequently in recent years by states with a history of discriminatory voting laws, with a 33% increase in voter purges between 2008 and 2016, according to the Brennan Center for Justice.

The bill sparked accusations from political observers and organizers on social media that the Florida Republican Party was sliding toward “fascism.”

“American exceptionalism and denial means that no one will admit it, but between book burning, abortion bans, criminalizing trans kids, the Supreme Court’s attack on voting rights, and now this, we are truly veering on fascism,” said Jordan Zakarin, a reporter for More Perfect Union, a progressive media outlet focused on labor rights.

Out of 11 million ballots cast in the 2020 presidential election in Florida, officials received 262 complaints of fraudulent ballots—a “voter fraud” rate of 0.002%. Out of those, 75 were referred to prosecutors or law enforcement.

Please pay attention. Florida is going full steam ahead with bills that deter democracy. Election fraud is very rarely an issue, so why dedicate millions of dollars and a police force to it? Dangerous. https://t.co/7wpxg0fZdY

In Georgia, former Republican senator and gubernatorial candidate David Purdue has called for an Election Law Enforcement Division similar to the force DeSantis plans to create, but as Barrett Holmes Pitner wrote at The Daily Beast in January, Republicans “aren’t breaking new ground, but joining a long tradition of dressing up efforts to suppress and intimidate Black voters as somehow protecting the integrity of our American democracy.”