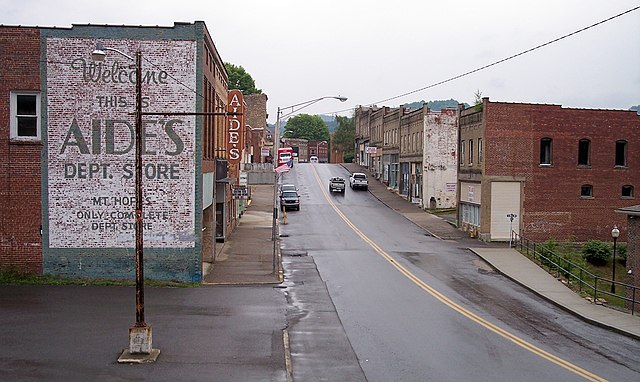 Working-age mortality rates have been rising for decades across the United States, but premature deaths are more pronounced in states where “conservative” policies predominate and less common in states that have adopted more “liberal” policies, according to peer-reviewed research published in PLOS ONE.

Policies that “expand state power for economic regulation and redistribution, protect the rights of marginalized groups, or restrict state power to punish deviant behavior” were defined by the study’s authors as “liberal,” while those with opposite aims were deemed “conservative.”

For eight policy domains—criminal justice, marijuana, environment, gun safety, health and welfare, private labor, economic taxes, and tobacco taxes—the authors scored state-level measures enacted from 1999 to 2019 on a 0-to-1 continuum, with zero representing the maximum conservative score and one the maximum liberal score.

Using annual data from the National Vital Statistics System, the authors calculated state-level age-adjusted mortality rates during the same time period for deaths from all causes and from cardiovascular disease (CVD), alcohol-induced causes, suicide, and drug poisoning among adults aged 25 to 64.

When they merged the data on working-age mortality with data on state policy contexts, the authors found that liberal policies were associated with fewer early deaths among 25- to 64-year-olds between 1999 and 2019.

Study co-author Dr. Steven Woolf, director emeritus of the Center on Society and Health at Virginia Commonwealth University, told USA Today: “As an academic who does scientific research, I studiously avoided talking about politics in my professional work… But the data are pointing us to that as a determinant of health.”

Even after controlling for state-specific environmental conditions and demographic characteristics, the authors found that states that invested more in public education and economic security had lower working-age mortality rates than states that gutted workers’ rights, environmental regulations, and access to healthcare, including abortion.

“If a state policymaker were to say to me, ‘it’s unfair to criticize my state because I have a low-educated, low-income population,’ I would ask them, ‘why do you have a low-educated, low-income population?'” lead study author Jennifer Karas Montez, a professor of sociology at Syracuse University, told USA Today. “It’s because of your policy environment.”

Demonstrating how state policy contexts influence individual behaviors associated with premature deaths, researchers observed “especially strong associations… between certain domains and specific causes of death: between the gun safety domain and suicide mortality among men, between the labor domain and alcohol-induced mortality, and between both the economic tax and tobacco tax domains and CVD mortality.”

Darrell Gaskin, a health economist at Johns Hopkins Bloomberg School of Public Health, said that some people “like to think about (working-age mortality) as failures of individuals, that they eat too much or use drugs, but that’s all in context.”

“If we don’t have the proper regulations in place to protect people, then what happens is that they could be exploited,” said Gaskin. “We always get the promise from conservative states that we’re going to cut your taxes and regulation and make the environment better for business, and it comes with a cost.”

With the midterm elections less than two weeks away, experts say it’s important for working-age Americans to know whether they are voting for officials who support right-wing policies that increase the risk of early death or those who favor humane interventions that can help people lead longer and healthier lives.

As Woolf put it, the conservative policies associated with higher working-age mortality revolve around “helping the private sector to thrive in hopes that the economic gains would trickle down to those who need more assistance,” while the liberal policies associated with lower working-age mortality focus on improving economic fairness and social and environmental well-being.

With their efforts to impose anti-union “right-to-work” laws, ban abortions, and curtail Medicaid, and their insistence on ignoring gun violence and the life-threatening climate crisis, Republicans have firmly established themselves in the camp that is actively increasing premature deaths among the nation’s working-age population.

Although there is a wide range of positions among Democrats that stretch from more progressive to less so, lawmakers in the party are overall much more likely than their GOP counterparts to support life-affirming public goods and services of the sort detailed in the study.

The analysis precedes the ongoing Covid-19 pandemic, which has killed Americans at a significantly higher rate than people in other wealthy countries.

While the nation’s deadly for-profit healthcare model, lack of paid sick leave, and other federal policies associated with 40 years of bipartisan neoliberalism have received much blame from progressives, studies show that state-level Republicans’ lackadaisical public health measures and the GOP’s anti-vaccination propaganda have also exacerbated suffering during the pandemic.