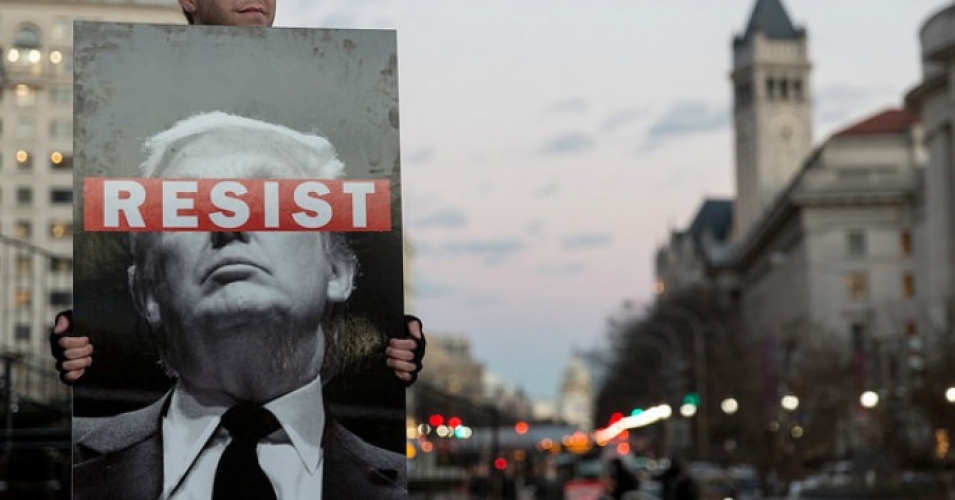 The president’s comments signal that his administration will continue its war against the media, which Trump declared on his first full day in office. (Photo: Lorie Shaull/flickr/cc)

In an interview Friday with a Christian radio show, President Donald Trump backed his chief strategist Steve Bannon in calling the media “the opposition party.”

“I think the media is the opposition party in many ways,” the president said on “The Brody File,” a program on the Christian Radio Network. “I’m not talking about everybody, but a big portion of the media, the dishonesty, total deceit, and deception. It makes them certainly partially the opposition party, absolutely.” END_OF_DOCUMENT_TOKEN_TO_BE_REPLACED