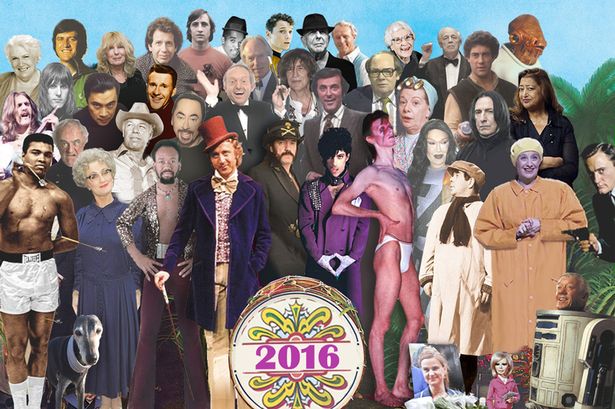 Over Christmas weekend, millions of people mourned the loss of George Michael and Carrie Fisher. They were advocates for gay rights and mental illness, respectively, and the nation reeled from the passing of two beloved iconic figures. Earlier this year, music legend Prince passed away, devastating tens of millions of fans for whom the musician represented everything from their adolescence in the 1980s to political statements of gender-bending. The list of celebrities who died in 2016 is extensive and, for some, unnerving. END_OF_DOCUMENT_TOKEN_TO_BE_REPLACED