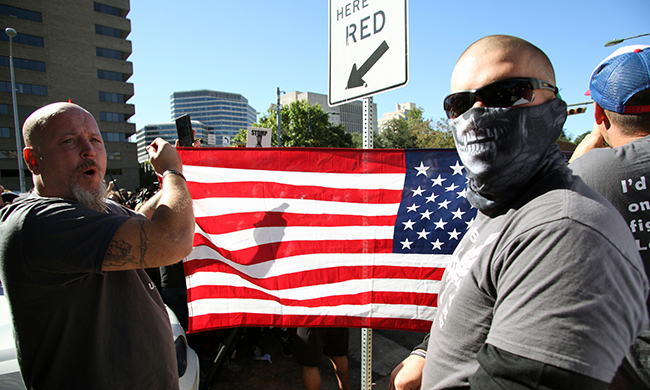 Portland, Oregon, is still reeling after the previous weekend when two black teenage girls, one who is Muslim and was wearing a hijab, were verbally abused on a commuter train. Their attacker cut the throats of the three men who came to their aid, killing two. END_OF_DOCUMENT_TOKEN_TO_BE_REPLACED