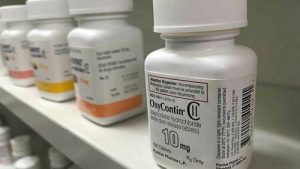 Cabell County and the city of Huntington argued in court last year that AmerisourceBergen, Cardinal Health, and McKesson had created a “public nuisance” by distributing more than 81 million hydrocodone and oxycodone pills in the area over an eight-year period, saying the companies made no effort to ensure the pills were fulfilling legitimate prescriptions and wouldn’t be sold on the black market. END_OF_DOCUMENT_TOKEN_TO_BE_REPLACED

The prosecution team had come to Washington to try to save its case. Joe Brown, the U.S. attorney for the Eastern District of Texas, led the group, which included Heather Rattan, an over-20-year veteran of the office who had spent much of her career prosecuting members of drug cartels. END_OF_DOCUMENT_TOKEN_TO_BE_REPLACED

By Claire Bernish. Published 5-6-2016 by The Free Thought Project 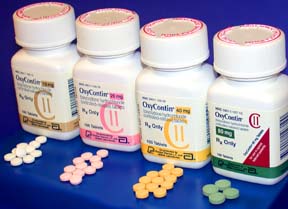 Big Pharma created the legal opiate addiction epidemic and its outgrowth, rampant heroin abuse, because pharmaceutical corporations’ own addiction to profit arguably trumps any concern it may have had for patients. Though the accusation may seem harsh, the evidence has never been more apparent thanks to an investigation by the Los Angeles Times — which presents a scathing condemnation of the company behind the notorious painkiller, OxyContin.

Two decades ago, Purdue Pharma began marketing OxyContin — a chemical cousin to heroin — with the claim its 12-hour “smooth and sustained” dosing would revolutionize the treatment of pain. However, the claim is not only problematic in that its duration is often hours less than promised — leading patients to experience symptoms of withdrawal — but Purdue knew that before the painkiller ever hit the market. END_OF_DOCUMENT_TOKEN_TO_BE_REPLACED