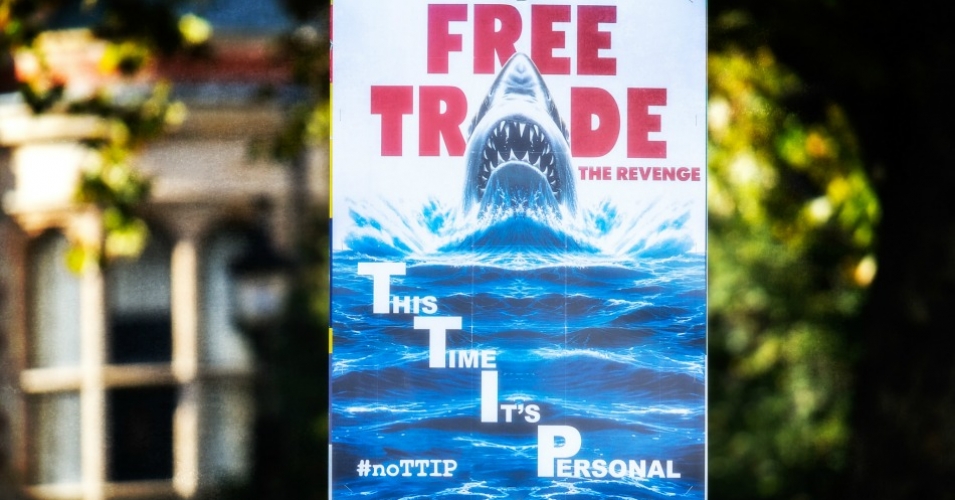 “Negotiations with the U.S. have de facto failed, because of course as Europeans we couldn’t allow ourselves to submit to American demands,” Sigmar Gabriel told the German news station ZDF in an interview that will air at 7pm German time Sunday, according to Der Spiegel.

“Everything has stalled,” Gabriel said.

“Nobody is really admitting it,” Gabriel added, according to the Independent.

The Independent reports on the context to Gabriel’s remarks:

The 14th round of [TTIP] negotiations between American and E.U. officials took place in Brussels in July and was the third round in six months.

[…] He said that during the talks neither side had agreed on a single common chapter out of the 27 being deliberated.

The fact that TTIP has failed is testament to the hundreds of thousands of people who took to the streets to protest against it, the three million people who signed a petition calling for it to be scrapped, and the huge coalition of civil society groups, trade unions and activists who came together to stop it. TTIP would have resulted in a massive corporate power grab, and sovereign democracies across the E.U. would have been deeply compromised.

We’re still not out of the woods in terms of dealing the E.U.’s legacy of toxic trade deals. CETA, the free trade deal between Canada and the E.U. has already been ratified, and if the European Parliament passes it, it will come into effect before the U.K. parliament has had any chance to vote on it. So many of the controversial elements of TTIP would effectively come in through the back door with CETA, and people across Europe are already mobilizing in large numbers to stop this attempted corporate coup just like they have done with TTIP.

In fact, despite noting the failure of the TTIP negotiations, Gabriel still told ZDF that he believes the Canada-E.U. Comprehensive Economic and Trade Agreement (CETA) is a better agreement than the TTIP—but also observed that it is being perceived by the public as interchangeable with TTIP, according to Deutschlandrundfunk.

Yet CETA is having its own procedural problems, and its future may be in doubt: as CBC reported earlier this month, multiple European countries are still attempting to alter and amend the agreement, and disagree on how to implement the deal—a mere two months before it is supposed to be ratified.

Leaked meeting notes quote Jean-Luc Demarty, E.U. director-general for trade, saying that CETA is a “litmus test” for E.U. trade policy, CBC reports. Demarty reportedly added that an inability to ratify the deal “would be a big credibility problem for the E.U.: it would be ‘close to death.'”