As the Standing Rock Sioux tribe votes to forcibly evacuate all the remaining camps, President Donald Trump may be preparing to approve the Dakota Access Pipeline. 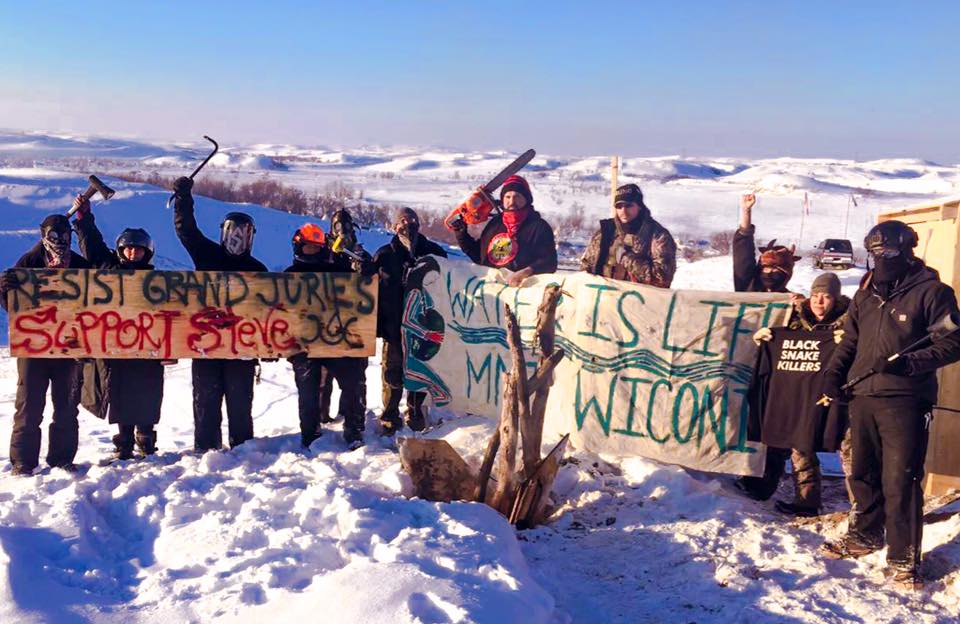 Cannonball, ND — President Trump has officially begun his first week in office. As the nation waits to see what executive orders Trump will issue and which promises he will keep, the Standing Rock Sioux are anxiously anticipating a decision from the new president regarding the controversial Dakota Access Pipeline. According to one congressman, there may be cause for opponents of the DAPL to be concerned.

Only hours after Trump’s inauguration, Kevin Cramer, a Republican congressman from North Dakota, appeared on the Rob Port Show on 970 AM. During the interview, Cramer said Trump will be rescinding a recent call for an Environmental Impact Statement (EIS) and granting approval for the final leg of the pipeline under Lake Oahe. “By next week the EIS will be rescinded,” Cramer told Port.

In early December, the Army Corps of Engineers denied a permit for Energy Transfer Partners, one of the companies behind the pipeline, to cross under Lake Oahe in North Dakota. Following the Corps’ decision, Jo-Ellen Darcy, the Army’s Assistant Secretary for Civil Works, stated alternate routes will be considered based on a new environmental impact statement that will include input from the public and the tribe. Congressman Cramer is now saying the Trump administration will rescind the study.

If Cramer is correct and Trump does rescind the EIS, the decision would come only one week after U.S. District Court Judge James Boesberg denied DAPL attorneys’ attempt to stop the Army Corp of Engineers from conducting the EIS on the Lake Oahe crossing. The Army Corps of Engineers also officially published a notice of intent in the federal register to prepare a partial EIS. Congressman Cramer also told Rob Port that Trump would be granting approval for the final easement to cross under Lake Oahe. “The easement will be issued maybe as early as Monday,” Cramer said.

Cramer is known to be a proponent of the oil and gas industry. When Trump picked Cramer as an advisor on energy, Reuters called Cramer “one of America’s most ardent drilling advocates.” With Trump now taking office (and following the advice of Kevin Cramer), Energy Transfer Partners seems to have friends in high places — especially in light of the fact that Trump formerly owned stock in ETP. If Trump does decide to move forward with the project and Energy Transfer Partners continues construction, they will face resistance from water protectors.

As Anti-Media reported last week, violence returned to Standing Rock beginning on the evening of Martin Luther King Jr. Day. On Monday, Tuesday, and Wednesday, social media accounts connected to the fight against the DAPL and in support of the Sioux posted several videos showing law enforcement using tear gas and rubber bullets on water protectors who attempted to set up a tipi on Backwater bridge off Highway 1806. Social media reports said law enforcement grabbed an “unknown amount of water protectors.” Backwater Bridge was the site of conflict throughout the months of October and November.

This violence led, in part, to the unanimous vote from the Standing Rock Sioux tribal government to forcibly evacuate the remaining camps near the Cannonball River. According to Indian Country Media Network:

“In a unanimous vote, Standing Rock Sioux tribal council members voted to close the network of encampments behind the Dakota Access Pipeline protests within 30 days, including the main Oceti Sakowin, Rosebud, and Sacred Stone camps. Council members also voted against providing any temporary camps or shelters to individuals who should remain at the camps after the February 19 deadline.  The decision was made in an emergency meeting held on Friday, January 20 at the tribe’s headquarters in Fort Yates, North Dakota.”

At the council meeting, JoBeth Brown Otter said she was shocked by the recent behavior she had seen at the camps, including the use of drugs and alcohol, mistreatment of elders, and physical assaults on law enforcement. “We have got to get back to square one. This movement has lost the spirituality that it once had,” Otter told the council.

Will the conflict erupt once more between police and water protectors? The numbers may have dwindled at the camps, but the fires are burning and the prayers are still taking place. As long as ETP and other corporations partner with the State to threaten the land, the water, and the planet, there will be water protectors and land defenders ready to put their bodies on the line.