Everybody wants better relations between Russia and the west. But leaders in Moscow and DC could throw Ukraine under the bus to get them. 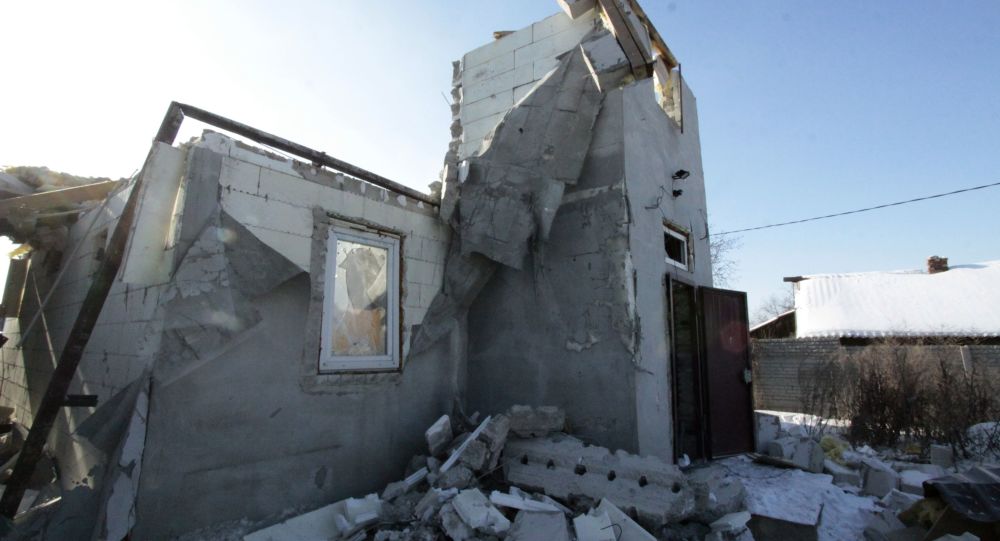 Last week, as I traveled around Ukraine’s eastern front, I found myself talking to soldiers stationed there. The new US president was a regular topic of conversation. “What’s with your new president? He seems unstable,” said one Ukrainian soldier before opening a gate to a hill-top military base. Another, examining our American passports at a checkpoint, asked us what we thought of him, and then threw in his own opinion that Trump is a “rare piece of shit”.

Others have responded more diplomatically. “If Trump is for democratic values and if his work is aimed at helping the development of democratic countries, then he will support Ukraine,” said Viacheslav Filin, commander of Ukraine’s 46th battalion, known as the Donbas Battalion. But for all of Trump’s talk about putting “the people” in charge, he isn’t very interested in promoting democracy at home or abroad as he dams the flow of information and enacts policy by executive order.

Trump comes up so much in eastern Ukraine because there is an awkward standoff in place. Despite a recent uptick in fighting, most places are quiet and returning to a kind of normalcy. But everyone knows that this quiet can vanish in an instant. Any action (or inaction) by Trump can change the status quo. That is a lot of power to give someone with little knowledge of, or interest in, Ukraine.

What people are really talking about when they discuss how things will change in Ukraine during Trump’s presidency, however, is what Trump’s relationship with Putin will actually be. This relationship is important because, while Trump has recklessly banned the citizens of seven majority-Muslim countries from entering the US and demanded Mexico pay for a border wall, Russia is an exception for Trump. It seems it is the only country with which the US president wants to improve relations.

This matters because Putin considers Ukraine to be Russia’s backyard and treats it as such. In the past year, Russia’s attention has shifted from Ukraine to Syria, but even if Putin wanted to, Russia cannot pull out from Ukraine in the way they keep claiming to in Syria. The so-called Donetsk and Luhansk People’s Republics are on Russia’s border and are dependent on Russian cash to pay pensions and provide basic public services. As a result, Russia is committed to Ukraine in a way it isn’t to Syria, and so there will continue to be things that Putin needs. Since the war started in 2014, Russia had pledged to be the protector of Russians-speakers across the world, but there has never been a real plan for that. Meanwhile, supporting separatists in Ukraine has become increasingly costly.

On Ukraine, Trump’s inexperienced team may not know what they want, but Putin does. At the top of Putin’s list is removing the sanctions imposed on Russia for seizing Crimea and supporting separatists in eastern Ukraine.

Because of Trump’s lack of knowledge, key power-brokers have emerged within the Trump administration. Trump’s son-in-law Jared Kushner is one, and Breitbart News founder Stephen Bannon, now on the principals committee of the National Security Council, is another. But Ukraine isn’t a priority for either.

That said, the Trump administration does share a view with Russia of how international politics should work — major powers operating with a free hand, with international organisations declawed. Such a world order, if realised, would leave Russia free to intervene in Ukraine as it chooses.

This vision leaves room for the Russia triumphant Putin has craved. Falling oil prices have done more to cripple Russia’s economy than sanctions, but they are still a blow to Russia and Putin’s pride as one close associate after another receives a travel ban. For Putin, third world countries can be sanctioned, but not great powers. And since returning to the presidency, Putin has staked his image on presenting Russia as precisely that — a great power. Under Trump, the US seems to be speaking Putin’s language and looks ready to strike a deal.

At the centre of what happens next is Trump himself. Putting aside the version that Russia has such damning kompromat, or material for blackmail on Trump, that Trump will effectively just hand over the US for Putin to run, the following are the three main options when it comes to Ukraine:

The first option focuses on US support for Ukraine. The US provides significant non-lethal military and financial assistance. The US is also one of Ukraine’s strongest rhetorical backers, backing Ukraine’s positions on its territorial integrity and Russian aggression across various theatres of the international stage.

By pulling support for Ukraine, Trump could not only make Ukraine recede further from the headlines and world attention, but cut off US pressure for Ukraine to continue reforms and crackdown on corruption. Functionally, pressure from US diplomats and visiting officials has functioned as a check on corruption and an instrument for applying pressure on democratic reforms.

The biggest threat, however, is decoupling sanctions on Russia from events in Ukraine, as this would leave Russia free to do whatever it wants in Ukraine. The Obama administration refused to send arms to Ukraine, fearing it would only escalate the conflict, and instead relied on sanctions to restrain Russia. Though sanctions have been an imperfect deterrent, decoupling them would open the door to Russian re-escalation, and make it clear that the US would not impose fresh sanctions over events in Ukraine.

Trump has flirted with the idea before, saying in a recent interview with the Times of London that he would support tying the removal of sanctions to a mutual reduction in nuclear arms, but that claim was later denied by his press secretary.

There are also real limitations. US Congress is not only showing growing sympathy for Ukraine, but passing bills approving lethal aid to Ukraine. Obama was able to block those bills by arguing for sanctions, but Trump has no equivalent defense. Publicly, Trump has argued for the importance of improving ties with Russia, but in a Republican Congress, traditionally anti-Russia, this argument will carry little weight. Trump can lift the sanctions imposed over Ukraine by executive order. But if he does and fighting escalates, he will either have to approve lethal aid or face a major revolt within his own party over accusations of precisely the sort of inaction Trump has accused Obama of.

As a result, Trump may opt for the second policy: leaving relations with Ukraine fundamentally unchanged. The currently policy requires little investment. There are no US soldiers fighting, no weapons being given to Ukraine and the US is not a participant in the Minsk talks. Leaving things essentially as they are while resisting further change would allow Trump to throw the Ukraine issue on the back burner and not make any major decisions.

Much of what could happen with these options, however, depends on what happens when Trump and Putin finally meet.

Trump has already shown (with the ousting of prominent people from his team, such as New Jersey Governor Chris Christie) that one day you are in with him and the next you are out. Trump prefers managing things by a complicated network of personal relationships, where dialogue is possible when the personal relationship is good, but everything falls apart when it isn’t.

This is also how Putin operates. One day, you’re in Putin’s favour and making a fortune, but the next day you’re out and losing it all. The problem comes for the new superpower relationship when the two can’t get along.

Above all else, both Putin and Trump praise loyalty. But in their relationship neither can be loyal to another, both are looking to exact something from each other, even if it something as simple as a PR win at home.

Trump is loud, improvises and craves attention. Putin is a calculating introvert who has nurtured a public persona and cult of personality, but has never projected charisma. Both are also prone to public feuds, Trump with everyone from Hillary Clinton to former Fox News anchor Megyn Kelly, and Putin with heads of state ranging from former Georgian president Mikheil Saakashvili to Turkish president Recep Tayyip Erdogan.

All of this to say that the two may very well not get along when they meet.

In his interview with the Times of London, Trump spoke of a Reykjavik summit between he and Putin, emulating the meeting between Reagan and Gorbachev in 1986. Trump craves the prestige of the presidency, something large protests have denied him at home, and a Reykjavik summit would give him the opportunity to appear truly presidential.

Putin would be happy to give him that, provided there is something in it for him. But if there isn’t, and if there is an argument, then Trump will take to Twitter as has always done, and all of Putin’s overtures will vanish.

And that brings us to the third option, the one where Trump actually supports Ukraine. If Trump and Putin do fall out, no move would be as damning to Putin as the US under Trump suddenly backing Ukraine more aggressively and assertively than under Obama. It would be the final insult and an unforgivable one.

Ian Bateson is a foreign correspondent living in Kiev, Ukraine. He has written for Reuters, the Guardian, the Daily Beast and AL Jazeera. He tweets as @ianbateson