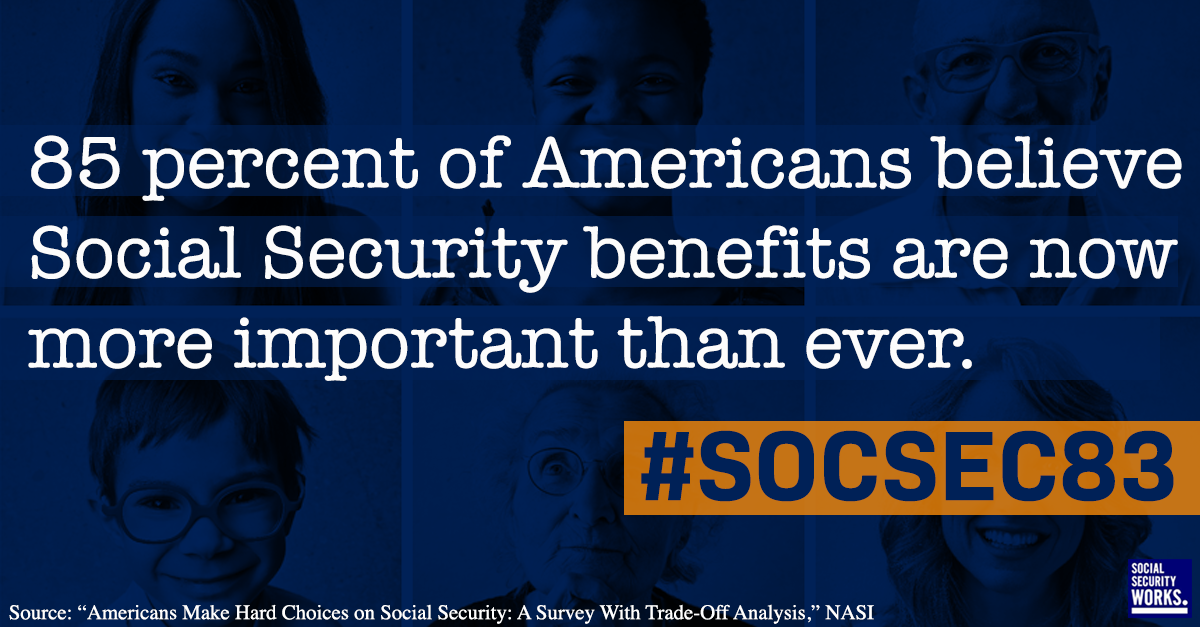 Stressing that the administration would “continue with the tax cuts, because we have other tax cuts planned,” Trump suggested the deficit was the result of spending on various programs at the Departments of Education, Health and Human Services, and other government agencies.

“It’s not as tough as you think, and frankly there’s a lot of fat in there,” Trump told reporters.

As radio host Thom Hartmann warned Wednesday, “The billionaire fascists are coming for your Social Security, Medicare and Medicaid. And they’re openly bragging about it.”

The newest threat to safety net programs comes less than a year after the Republican Party pushed thru their $1.5 trillion tax plan, which offered an average $33,000 tax break to each of the wealthiest Americans and just $40 to the poorest, according to analysis by the Tax Policy Center.

Social Security Works President Nancy Altman seized on the GOP’s attacks on programs that millions of people rely on as a call to arms for voters who care about protecting healthcare and incomes for the most vulnerable Americans.

“The shocking part of McConnell’s statement, and those made by other powerful Republicans, is not the content, but the timing,” Altman wrote at Common Dreams on Wednesday. “Right-wingers have opposed Social Security and Medicare ever since they were first created. But because these programs enjoy overwhelming support from the American people, including voters of all political affiliations, they do not normally talk about their plans for benefit cuts three weeks before an election. If this is how they are talking now, imagine how emboldened they will be if they ride out the blue wave and keep control of Congress!”

In a video posted on Twitter, Sen. Bernie Sanders (I-Vt.) delved into the history of Social Security, which despite strong support from Republican President Dwight D. Eisenhower in the 1950s, has come under attack by a GOP increasingly beholden to corporate interests in recent decades.

Eisenhower defended the program in a letter in 1954, predicting the assault President George W. Bush would wage on Social Security as well as Republicans like House Speaker Paul Ryan (R-Wis.) and McConnell.

“Should any political party attempt to abolish social security, unemployment insurance and eliminate labor laws and farm programs, you would not hear of that party again in our political history,” Eisenhower wrote. “There is a tiny splinter group, of course, that believes that you can do these things. Among them are a few Texas oil millionaires, and an occasional politician or businessman from other areas. Their number is negligible and they are stupid.”

During his 2016 campaign, the video notes, Trump promised voters he would not cut Social Security benefits.

But, the narrator says, “his party, with his backing, has spent the last two years doing everything they can to reach onto our pockets, steal our money, and give it to their pay masters on Wall Street. The problem is that that tiny, reactionary splinter group now controls the entire Republican Party.”

Did you know we once had a Republican president who expanded Social Security? Maybe today’s Republicans should listen to what he had to say about the program, instead of trying to destroy it. pic.twitter.com/moczgsKsIq

On Monday Sanders,  the Ranking Member of the Senate Budget Committee, also released a report on just four major Republican policies and actions which have caused the federal deficit to explode, and outlined programs that the GOP’s spending could have strengthened if not for ballooning military spending and tax cuts for the rich and corporations.

“Instead of spending nearly $1 trillion on the military and tax cuts for the wealthy and large corporations, the federal government could have paid for any of the following proposals—multiple times over for some—in Fiscal Year 2018 and still balanced the budget,” Sanders wrote.

If Americans vote with the intention of protecting the social safety net, the report suggests, they could help usher in a government that would be more likely to “Provide high-quality early care and education for children from birth to kindergarten” (estimated cost: $140 billion) and “Eliminate child poverty by simply boosting the income of all families with children (and children who do not live with their families) over the poverty line” (estimated cost: $69 billion)—mere fractions of what Republicans have happily spent in recent years on the Pentagon and tax cuts.